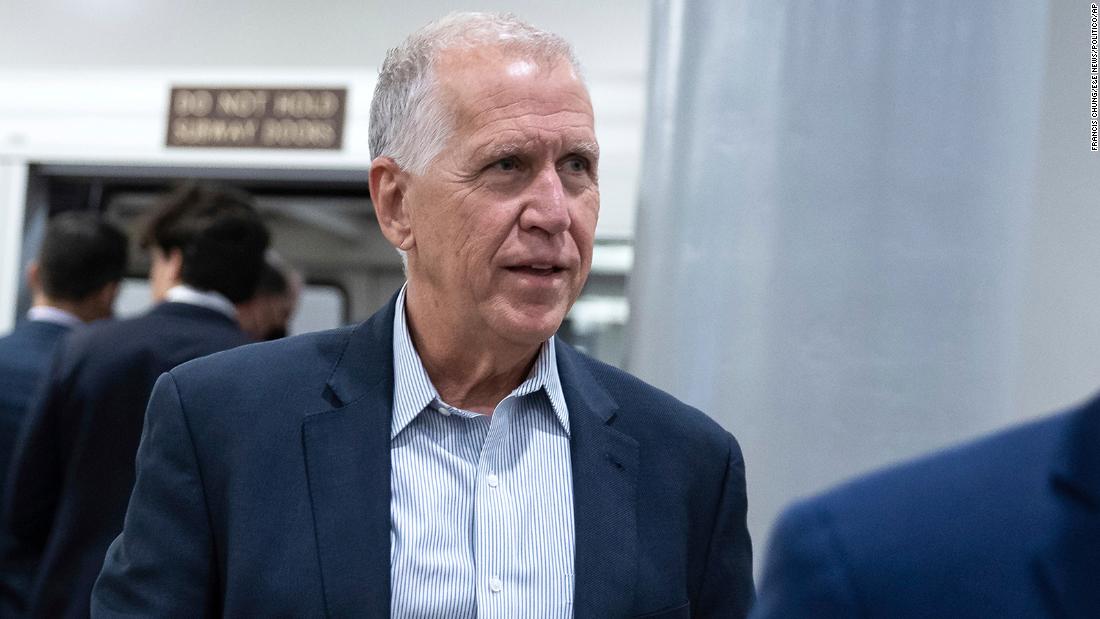 Doing so, Republican Sen. Thom Tillis of North Carolina said, could lead to a waiting period of sorts for 18- to 20-year-olds purchasing semiautomatic weapons. It could take, he said, “two to three weeks minimally,” potentially to scour juvenile records, but he added that Senate negotiators are looking at ways for gun purchasers to appeal for expedited processes either through the courts or another mechanism.

After a group of four senators talk about the potential deal Monday night, the full Senate GOP conference is scheduled to meet for lunch Tuesday — something that will allow GOP leaders to take the temperature of their conference. While Senate Majority Leader Chuck Schumer wants a deal this week, the two sides still have a number of major disagreements to resolve as they race to cut a deal amid public outcry over mass shootings nationwide.

The bipartisan negotiators are looking at a handful of changes, including encouraging states to enact red flag laws, which allow guns to be temporarily taken away from individuals deemed a danger to themselves or others, expanding background checks on gun purchases, bolstering the mental health care system and beefing up school security. There is also discussion about new regulations on gun trafficking between states and potential new legislation on storing weapons safely at gun owners’ residences.

Tillis said “right” when asked whether prohibiting 18- to 20-year-olds from purchasing such firearms was off the table, but he was quick to note that lawmakers are exploring how to deal with juvenile records among gun purchasers. “That will naturally probably force a period of time — call it a wait period — or however long it takes to actually have that information,” he said.

Similarly, asked about raising the age for semi-automatic gun purchases, Texas Sen. John Cornyn — the chief GOP negotiator in the talks — noted that a three-judge panel on the 9th US Circuit Court of Appeals ruled that such a law is unconstitutional, even though the Supreme Court has not yet done so.

“I would say that will be controversial,” Cornyn told CNN of raising the age. “But that’s being discussed.”

He added that juvenile records were the key part of the discussion as of Monday evening.

“I think there seems to be a lot of interest in actually getting a more complete record and not just letting people that turn 18 with criminal or mental health records pass background checks like this guy did,” Cornyn said, referring to the shooter in the Uvalde, Texas, massacre. “And you can’t look back and see if there would be mental health problems or criminal record problems that would otherwise disqualify.”
Yet Cornyn also threw cold water on expanding background checks for gun show and internet sales — something proposed under the Manchin-Toomey plan in the previous decade. He noted it had failed in 2013.

“I think that answers the question,” he said.

Republican Sen. Rick Scott of Florida, who signed into law a ban on 18- to 20-year-olds purchasing semiautomatic rifles when serving as the state’s governor after the Parkland massacre, said he’d a similar bill oppose at the federal level.

A red flag policy, known as risk protection orders, was another piece of the sprawling gun package that Scott signed into law as governors just three weeks after a teenage gunman killed 17 people inside Marjory Stoneman Douglas High School, but he is opposed to Congress taking that step.

While many GOP senators were leery of raising the age to 21 for gun purchases, moderate Sen. Susan Collins noted other possibilities, such as requiring a parent or guardian to sign off on the purchase of an AR-15 or similar gun for people ages 18-21. The Maine Republican also said she could support a waiting period for people in that age group while a fuller background check was completed.

Senate Minority Whip John Thune of South Dakota, the chief vote counter in the Republican conference, said “it’s hard to say” whether any deal could have enough GOP support to break a filibuster. He said the leaders would have a better sense after further discussions on Tuesday.

Earlier Monday, Sen. Joe Manchin, a West Virginia Democrat who’s part of the small bipartisan group of Senate negotiators trying to strike a deal, voiced his support for raising the age to 21 for purchasing semiautomatic weapons and questioned why individuals need to own high-powered AR-15 -style weapons.

Manchin, the chamber’s most conservative Democrat, also said he “wouldn’t have a problem on looking at” backing a ban on so-called assault weapons — a proposal pushed by the White House and Democratic leaders, but that stands no chance of winning the needed 60 votes in the Senate.

This story has been updated with additional details.