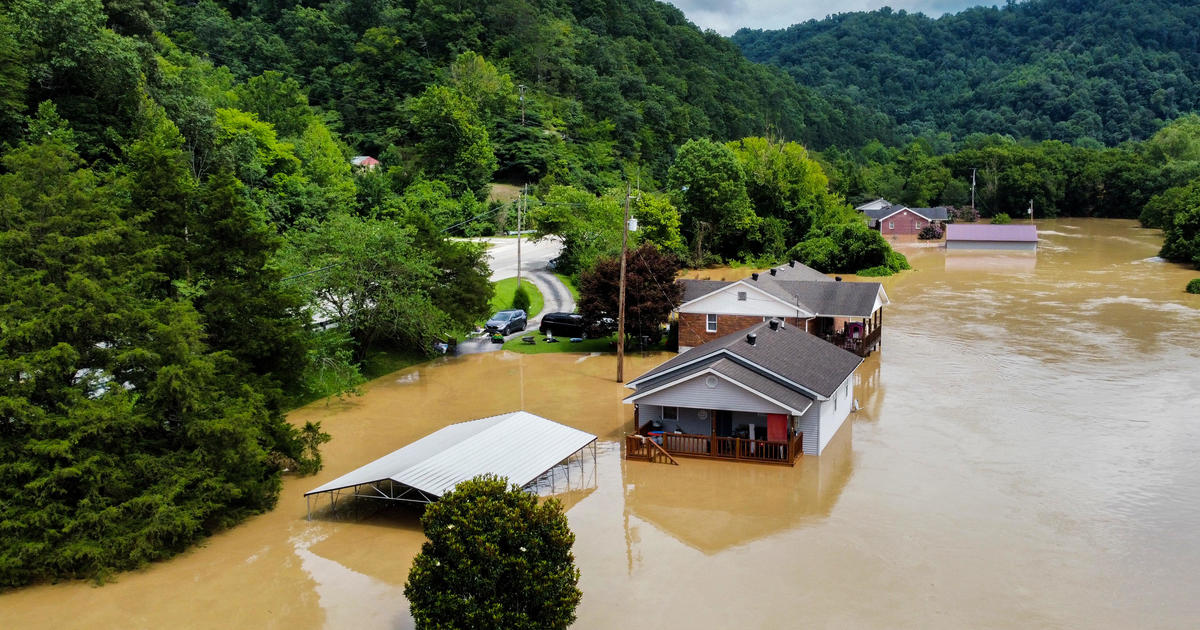 Search and rescue teams backed by the National Guard searched Friday for people missing in record floods that wiped out entire communities in some of the poorest places in America. Kentucky’s governor said 16 people have dieda toll he expected to grow as the rain keeps falling.

“We’ve still got a lot of searching to do,” said Jerry Stacy, the emergency management director in Kentucky’s hard-hit Perry County. “We still have missing people.”

Gov. Andy Beshear told The Associated Press before touring the disaster area Friday that the 15 dead in Kentucky includes children, “but I expect that number to more than double, probably even throughout today.”

Emergency crews made close to 50 air rescues and hundreds of water rescues on Thursday, and more people still needed help, the governor said. “This is not only an ongoing disaster but an ongoing search and rescue. The water is not going to crest in some areas until tomorrow.”

Determining the number of people unaccounted for is tough with cell service and electricity out across the disaster area, he said: “This is so widespread, it’s a challenge on even local officials to put that number together.”

More than 200 people have sought shelter, Beshear said. He deployed National Guard soldiers to the hardest-hit areas. Three parks set up shelters, and with property damage so extensive, the governor opened an online portal for donations to the victims. President Biden called to express his support for what will be a lengthy recovery effort, Beshear said, predicting it will take more than a year to fully rebuild.

“It’s the worst we’ve had in quite a while,” Friley told WKYT-TV, “It’s county-wide again. There’s several spots that are still not accessible to rescue crews.”

Perry County dispatchers told WKYT-TV that floodwaters washed out roads and bridges and knocked homes off foundations. The city of Hazard said rescue crews were out all night, urging people on Facebook to stay off roads and “pray for a break in the rain.”

More rain Friday tormented the region after days of torrential rainfall. The storm felt water gushing from hillsides and surging out of streambeds, flooding roads and forcing rescue crews to use helicopters and boats to reach trapped people. Flooding also damaged parts of western Virginia and southern West Virginia, across a region where poverty is endemic.

“There are hundreds of families that have lost everything,” Beshear said. “And many of these families didn’t have much to begin with. And so it hurts even more. But we’re going to be there for them.”

Poweroutage.us reported more than 33,000 customers without electricity Friday in eastern Kentucky, West Virginia and Virginia, with the bulk of the outages in Kentucky.

“With more rainfall forecasted over the next few days, we want to lean forward in providing as many resources as possible to assist those affected,” Youngkin said in a statement.

While some floodwaters receded after peaking Thursday, the National Weather Service said flash flooding possible through Friday evening in places across the region.

The hardest hit areas of eastern Kentucky received between 8 and 10 1/2 inches over a 48-hour period ending Thursday, said Brandon Bonds, meteorologist at the National Weather Service in Jackson. Some areas got more rain overnight, including Martin County, which was pounded with another 3 inches or so leading to new a flash flood warning on Friday.

The North Fork of the Kentucky River rose to broke records in at least two places. A river gauge recorded 20.9 feet (6.4 meters) in Whitesburg, more than 6 feet (1.8 meters) over the previous record, and the river crested at a record 43.47 feet (13.25 meters) in Jackson, Bonds said.

Bonds said some places could see more rain Friday afternoon, and begin to dry out on Saturday “before things pick back up Sunday and into next week.”

Krystal Holbrook already had enough on Thursday, as her family raced through the night to move vehicles, campers, trailers and equipment as the rapidly rising floodwaters menaced her southeastern Kentucky town of Jackson. “Higher ground is getting a little bit difficult” to find, she said.

In Whitesburg, Kentucky, floodwaters seeped into Appalshop, an arts and education center renowned for promoting and preserving the region’s history and culture.

“We’re not sure exactly the full damage because we haven’t been able to safely go into the building or really get too close to it,” said Meredith Scalos, its communications director. “We do know that some of our archival materials have flooded out of the building into Whitesburg streets.”