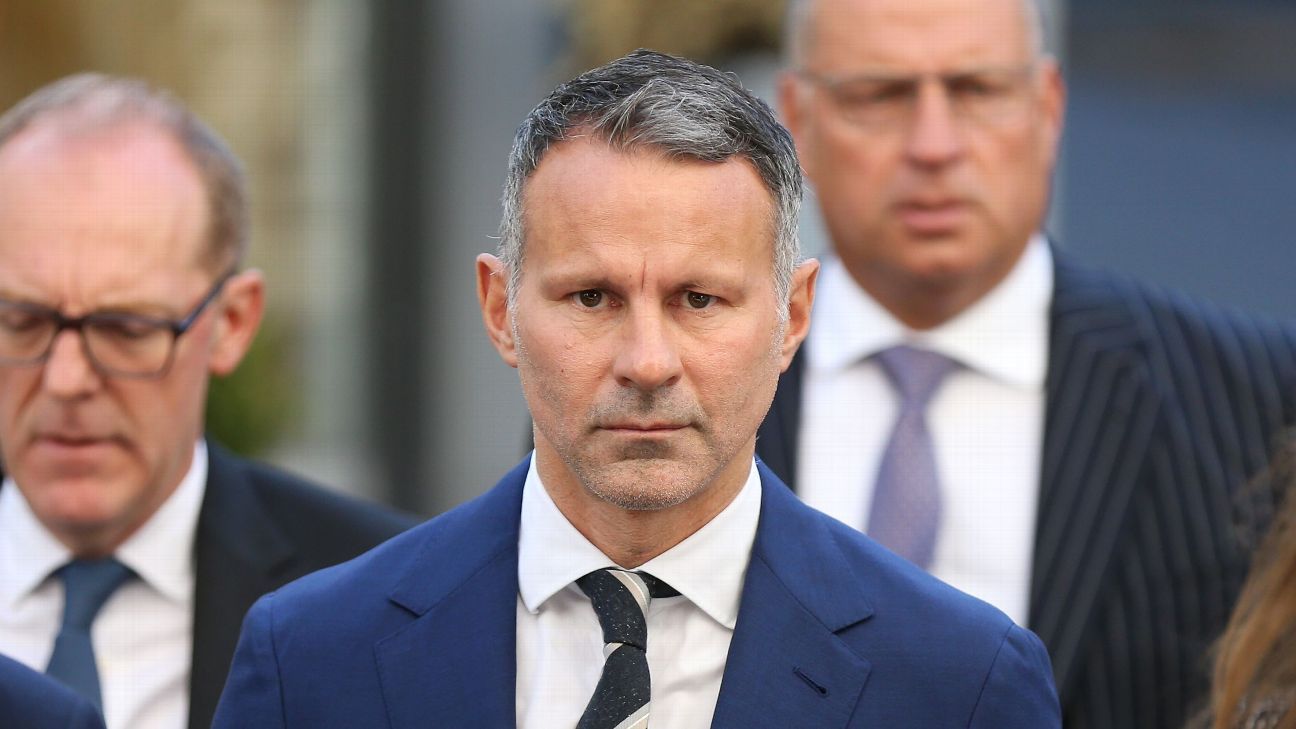 The jury in the trial of Ryan Giggs was discharged Wednesday after failing to reach a verdict on domestic violence charges against the former Manchester United star.

Giggs, 48, had been on trial for four weeks but, after more than 20 hours of deliberations, the Crown Court jury of seven women and four men failed to reach any verdicts.

Giggs potentially faces a retrial. He had been charged with assault and use of coercive behavior against an ex-girlfriend. He had denied all of the charges.

He was also charged with common assault of Greville’s younger sister during the same incident, as well as using controlling and coercive behavior toward his former girlfriend between August 2017 and November 2020.

During the trial, Giggs had said it was justified that he had a reputation for infidelity but added he had “never” physically assaulted a woman.

On Tuesday, Judge Hilary Manley told the jury she would accept a verdict in which 10 majority of the 11-person jury agree. The 12th jurar had been sent home because of illness.

The jury had reported when asked Tuesday that it had not reached any more than any verdicts after 16 hours deliberations.

He stood down as manager of the Wales national team in June, saying he didn’t want to jeopardise preparations for the World Cup later this year in Qatar. He had been on leave since November.