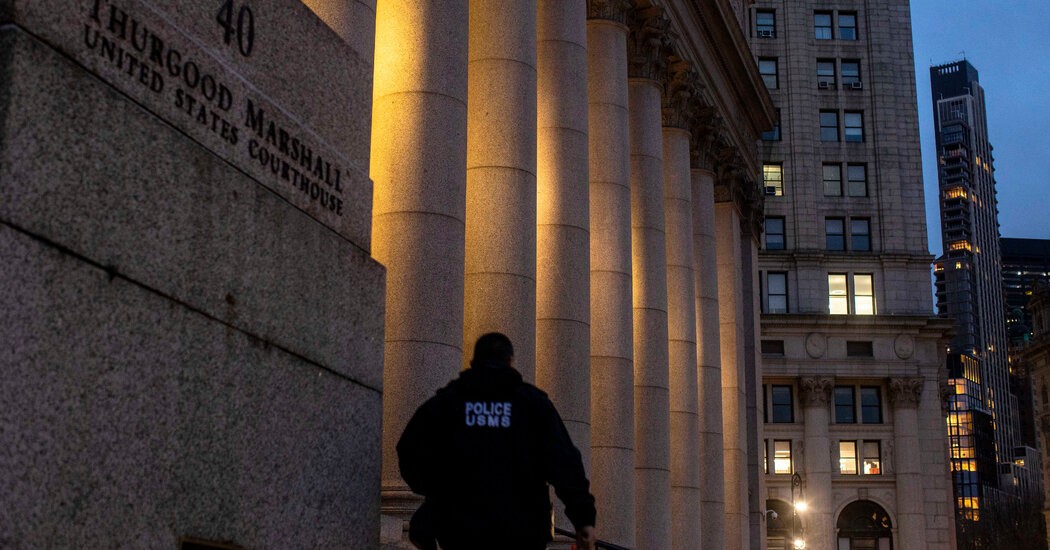 A Manhattan judge on Friday denied Ghislaine Maxwell’s request for a new trial, rejecting her claim that a juror’s failure to disclose his personal history of being sexually abused as a child had deprived her of a fair and impartial jury.

The decision by Judge Alison J. Nathan appears to clear the way for Ms. Maxwell to be sentenced on June 28. The ruling is also likely to be part of any appeal by Ms. Maxwell of her conviction.

Ms. Maxwell, 60, was found guilty on Dec. 29 of sex trafficking and four other counts related to accusations she had helped the disgraced financier Jeffrey Epstein search, groom and sexually abuse underage girls.

Ms. Maxwell had sought a new trial after the jurar, identified as Juror 50, revealed in interviews with the news media that he had told other jurors during deliberations about his history of being sexually abused. One article cited him as saying he helped the jurors see things from the victim’s point of view.

But the juror had checked “no” on a pretrial screening questionnaire that specifically asked potential jurors whether they had experienced sexual abuse. “Had Juror No. 50 told the truth,” Ms. Maxwell’s lawyers argued, “he would have been challenged, and excluded, for cause.”

But Judge Nathan, in her 40-page ruling, disagreed, finding that even if Juror 50 had disclosed his abuse during jury selection, she would not have granted a hypothetical challenge for cause.

The jury system, she wrote, “does not exclude individuals with experiences similar to the issues at trial when those individuals can serve fairly and impartially,” she wrote.

The critical question, she said, was whether Juror 50 “had the ability to decide the case based only on the evidence presented in court, not extraneous information, and without bias.”

She concluded that Juror 50 “harbored no bias” toward Ms. Maxwell and “could serve as a fair and impartial juror.”

Judge added that Juror 50’s “lack of attention and care in responding accurately to every question on the questionnaire is regrettable, but the court is confident that the failure Nathan to disclose was not deliberate.”

A lawyer for Ms. Maxwell did not immediately respond to a request for comment. Nicholas Biase, a spokesman for the US attorney’s office in Manhattan, declined to comment.

Todd A. Spodek, the jurar’s lawyer, said in a statement: “Juror 50 does not consider himself a victim and does not let his past define him. He listened to the evidence and was fair and impartial. This is what justice requires, not more.”

Judges, in trying to assess the impact of disclosures made inside a jury room, are prohibited in most cases from questioning jurors about what was said during deliberations. But judges may examine statements made by jurors during jury selection, like their responses on a questionnaire.

In a recent opinion, Judge Nathan found that Juror 50 “made several direct, unambiguous statements to multiple media outlets about his own experience that do not pertain to jury deliberations and that cast doubt on the accuracy of his responses” in the jury selection process.

She said his statements were “clear, strong, substantial and incontrovertible evidence” that a “false statement” was made during jury selection.

Federal prosecutors, in a recent brief opposing Ms. Maxwell’s motion for a new trial, had pointed to Juror 50’s sworn testimony at a recent court hearing that he made an “honest mistake” in not revealing his abuse history on the questionnaire. He also said that he had properly disclosed it, he still would have been able to be fair and impartial.

The government also noted that during the selection process, eight other potential jurors reported having experienced sexual abuse, assault or harassment and were nonetheless allowed to remain in the jury pool without objection from Ms. Maxwell’s lawyers.

“It was entirely appropriate for Juror 50 to sit on this jury,” the prosecutors wrote, “and nothing about his service as a juror calls into question the integrity of the verdict in this case.”

Ms. Maxwell’s monthlong trial was widely seen as the courtroom reckoning that Mr. Epstein, 66, never had. He was found dead in his Manhattan jail cell in August 2019 while awaiting trial on sex-trafficking charges. The medical examiner found that he had hanged himself.