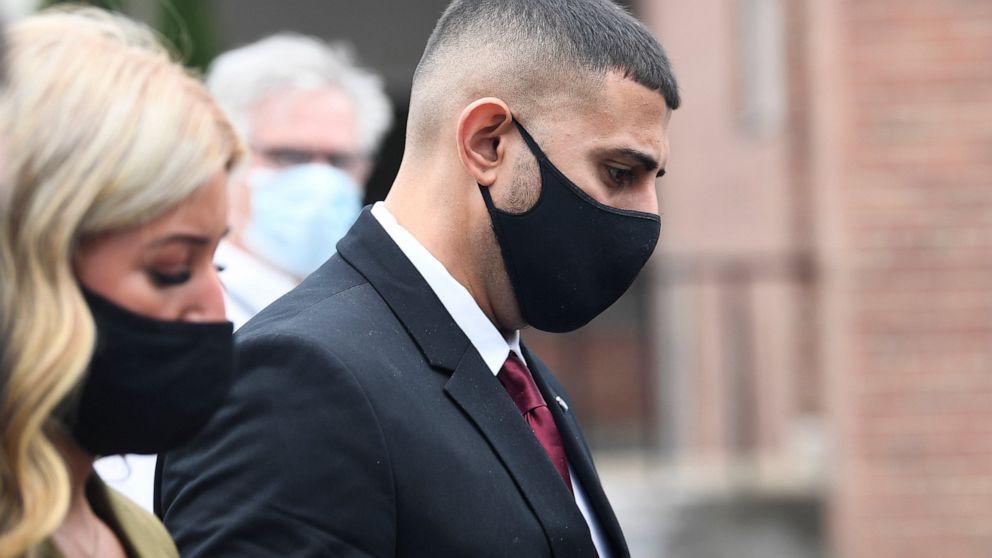 SCHOHARIE, NY — The judge rejected a plea agreement that would have meant no prison time for the operator of a limousine company involved in a crash that killed 20 people in upstate New York. Wednesday’s turnabout drew applause and tears from victims’ relatives and plunged limo company boss Nauman Hussain into legal uncertainty.

State Supreme Court Justice Peter Lynch, who was not presiding over the case when the deal was reached a year ago in Hussain’s case, called the agreement “fundamentally flawed.”

It would have spared Hussain prison time, angering the families of the people killed when brake failure felt a stretch limo full of birthday revelers hurtling down a hill in 2018.

“I can’t even put into words how I feel. Totally unexpected. Thank God,” said Jill Richardson-Perez, the mother of limo crash victim Matthew Coons. “I’m in a better place now.”

Kevin Cushing, who lost his son Patrick in the crash, said the families “have a hope for a bit of justice to be served in the future, where we didn’t have any justice served in the past.”

Defense attorney Chad Seigel said they were “shocked” and that the judge’s move was “unheard of.”

Hussain, who operated Prestige Limousine, had been charged with 20 counts each of criminally negligent homicide and second-degree manslaughter in what was the deadliest US transportation disaster in a decade.

The agreement had called for Hussain to plead guilty only to the homicide counts, resulting five years of probation and 1,000 hours of community service. Lawyers for both sides said last year the plea agreement assured a resolution in a case that would have faced an uncertain outcome if presented to a jury.

Lynch noted that a state Department of Transportation out-of-service sticker had been placed on the limousine a month before the crash. State police recovered the sticker from Hussain’s car after his arrest. Prosecutors have argued off that Hussain took the sticker for the limo’s windshield so that he could use it more jobs.

To the judge, Hussain’s actions showed he knew the risk of putting the limousine on the road the day of the crash, and a guilty plea to only criminally negligent homicide does not reflect that. Lynch called the deal “completely disingenuous and unacceptable to this court.”

Lynch gave Hussain’s lawyers the choice of accepting a sentence of 1 1/3 to four years in prison or withdrawing his guilty plea. They chose the latter.

Seigel said afterward that the DOT sticker had “absolutely nothing to do with defective brakes.”

“Collectively, we made a decision that it would be in the best of all all involved — not only our client but the members of the community — to put this matter behind them. A little monkey wrench was thrown in that,” Seigel said. “So the judge forced our hand and we’re ready for trial.”

Hussain, who sat with his head lowered for much of the proceeding, declined comment afterward.

While the National Transportation Safety Board concluded the crash was likely caused by the Prestige Limousine’s “egregious disregard for safety” that resulted in brake failure, the board said ineffective state oversight contributed.

Attorneys for Hussain say he tried to maintain the limousine and relied on what he was told by state officials and a repair shop that inspected it.

Axel Steenburg rented the 2001 Ford Excursion limousine for wife Amy’s 30th birthday on Oct. 6, 2018. The party group, ranging in age from 24 to 34, included Axel’s brother, Amy’s three sisters and two of their husbands, and close friends.

En route to a brewery, the limo’s brakes failed on a downhill stretch of road in Schoharie, west of Albany. The vehicle blew through a stop sign at over 100 mph (160 kph) and crashed into a small ravine.

The crash killed the limo driver, 17 passengers, and two bystanders outside the store.

Mallery’s office has said Hussain allowed passengers to ride in the limo despite having received “multiple notices of violations” from the state and having been told repairs were inadequate. State police said the vehicle should have been taken out of service because of brake problems identified in an inspection a month before the crash.

Under New York law, second-degree manslaughter entails conduct that “creates or contributes to a substantial and unjustifiable risk that another person’s death will occur” — a risk that the perpetrator consciously disregards. Criminally negligent homicide, on the other hand, involves failing to perceive such a risk, the judge noted.

The next court date has been set for Sept. 14. Hussain, who had been on interim probation, will go out on bail and be subject to GPS monitoring.