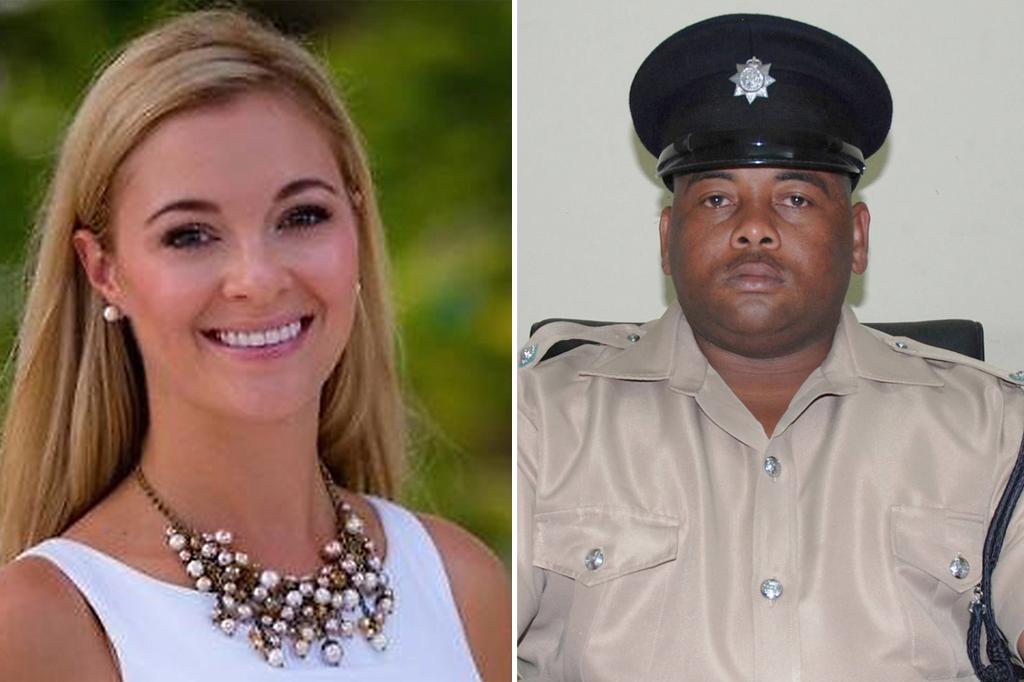 The socialite charged with killing a top cop in Belize said in a new interview that the gun she was holding “just went off” and she doesn’t remember “touching” the trigger.

Jasmine Hartin, 33, shared the account about the May 2021 shooting death of superintendent Henry Jemmott in a sit-down with Piers Morgan that’s set to air in full on Monday.

“I don’t remember ever touching that trigger on the gun so I don’t know what happened, to be honest,” Hartin, whose ex-husband is the son of billionaire Lord Michael Ashcroft, said in the interview, an excerpt of which was published by the Sun.

“I was trying to get the clip out and it just went off — I don’t remember ever touching the trigger. So I’m not sure if it was a faulty weapon or not. I really can’t tell you how it went off,” she said

Hartin has been charged with manslaughter for negligence.

She suggested the gun might have been “rusty” and that she’s being set up.

“I’m definitely not a murderer. And I am being set up. I am. I really am. It’s such a small country, everybody’s scared of Ashcroft here. They own the bank, they own the newspapers, they own the economy of this country.”

She and her former husband Andrew Ashcroft are in the middle of a bitter custody battle over their five-year-old twins.

The night of the shooting, Hartin said she and Jemmott decided to sit on a dock with drinks, but before they went he wanted to get his gun.

“And I thought that was strange,” the Canada native said.

“He said that he always brings it everywhere with him. So he went and got it.”

Hartin told Morgan the law enforcement leader suggested she get her firearm license and allowed her to handle his gun for the second time in a few days to practice loading and unloading the weapon.

When the gun was in her hand, she said, “I thought it was empty.”

Hartin denied rumors that she and Jemmott were romantically involved, calling him a friend who she was introduced to her by Andrew Ashcroft. She said Ashcroft was supposed to join them on the deck before he decided to stay in last minute.

At one point, she said Jemmott asked her to rub his shoulder that night, but she denied it was a sexual thing because he had gone fishing earlier.

She also rejected speculation’s a party girl who she heavily used cocaine.

“I’ve the same thing. The only thing I can come to think of is who would benefit from such rumors?” she said according to the Sun excerpt.

When Morgan brought up her ability to handle a gun, citing her blasting a watermelon with a shotgun that was caught on tape, Hartin insisted she was not an expert and never owned a gun.

“And what that video doesn’t show you is the ten times I tried to hit that watermelon and missed, and that video was shot by my ex,” she told Morgan.

She confessed to authorities last year that she was practicing loading a gun when it went off and killed Jemmott.

Hartin told Morgan, according to the excerpt, Jemmott was a foot or two away when the gun went off and then when he fell on top of her she “could see blood and feel blood.”

She said she’s heard many stories of how the fatal night went down.

“I’ve heard I’ve executed him, that it was an attempted rape and I was defending myself. I’ve heard that I lured him there and it was Andrew that shot him.

“The truth of the matter is none of that. He was my friend. He did not make a pass at me. I considered Henry like a protector.”