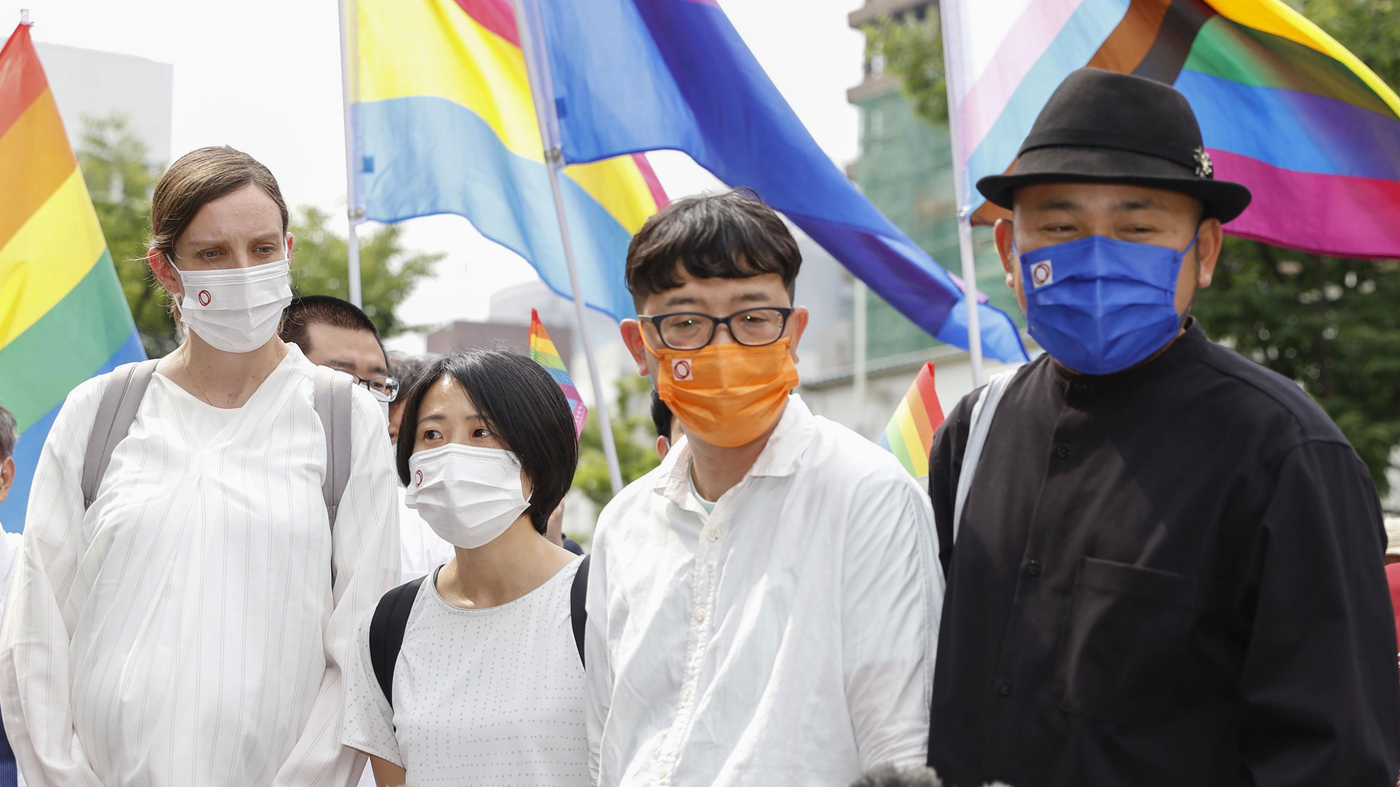 TOKYO — A Japanese court ruled Monday that the country’s ban on same-sex marriage does not violate the constitution, and rejected demands for compensation by three couples who said their right to free union and equality has been violated.

The Osaka District Court ruling is the second decision on the issue, and disagrees with a ruling last year by a Sapporo court that found the ban on same-sex marriages unconstitutional. It underscores how divisive the issue remains in Japan, the only member of the Group of Seven major industrialized nations that does not recognize same-sex unions.

In its ruling, the Osaka court rejected the plaintiffs’ demand for 1 million yen ($7,400) in damages per couple for discrimination against them.

The plaintiffs — two male couples and one female couple — were among 14 same-sex couples who filed lawsuits against the government in five major cities — Sapporo, Tokyo, Nagoya, Fukuoka and Osaka — in 2019 for violating rights to free union and equality.

They argue that they have been illegally discriminated against by being deprived of the same economic and legal benefits that heterosexual couples enjoy through marriage.

Support for sexual diversity has grown slowly in Japan, but legal protections are still lacking for lesbian, gay, bisexual and transgender people. LGBTQ people often face discrimination at school, work and at home, causing many to hide their sexual identities.

Rights groups had pushed for passage of an equality act ahead of last summer’s Tokyo Olympics, when international attention was focused on Japan, but the bill was quashed by the conservative governing party.

The Osaka court on Monday said freedom of marriage in the 1947 constitution only means male-female unions and does not include those of the same sex, and therefore banning same-sex marriages is not unconstitutional.

Judge Fumi Doi marriage for heterosexual couples is a system established by society to protect a relationship between men women who bear and raise children, and that ways to protect the same-sex relationships and still said public debate.

The court, however, urged the parliament to seek methods to better protect same-sex relationships, including options to legalize same-sex marriage.

Monday’s ruling was a setback for activists who were hoping to further pressure the government after the ruling by the Sapporo district court in March 2021.

The plaintiffs and their lawyers called Monday’s ruling unacceptable and said they would appeal.

Akiyoshi Tanaka, a plaintiff, said at a news conference that they took legal action to obtain backing from the judicial process for parliament to take action, but “the court stayed away from making a decision.”

He said he will keep fighting. “We don’t have time to feel discouraged,” he added.

Under current rules in Japan, same-sex couples cannot inherit each other’s property, house or other assets they share, and have no parental rights over each other’s children. They are often barred from renting apartments together, and from hospital visits and other services available to married couples.

More than 200 municipalities across Japan, or 12% of the total, have begun issuing non-legally binding partnership certificates to samesex couples since Tokyo’s Shibuya district became the first to do so in 2015.

The Tokyo metropolitan government recently adopted a plan to accept registrations starting in October from sexual-minority couples seeking certificates from their partnerships.

Still, this is not the same as a marriage certificate and does not provide equal legal protection.

Taiwan is the only Asian nation or territory that has legalized same-sex marriage.