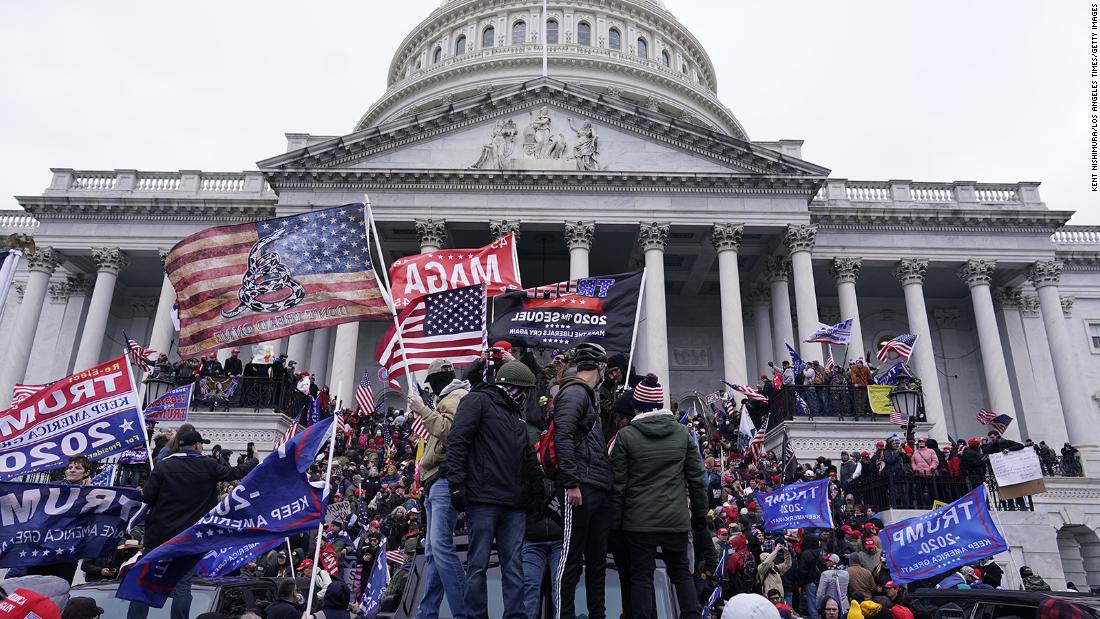 The House select committee will hold its first public hearing this week, on June 9 at 8 pm ET. Sources told CNN this hearing will be a broad overview of the panel’s 10-month investigation and set the stage for subsequent hearings, which are expected to cover certain topics or themes.

While the setup of the hearings has been a work in progress and evolving, note, the presentations will likely feature video clips from January 6, as well as some of the roughly 1.000 interviews the committee has conducted behind closed doors.

In recent days, new information about the insurrection has also emerged. The New York Times reported Friday that former Pence chief of staff Marc Short warned Pence’s lead Secret Service agent the day before the attack that there could be a threat to the then-vice president. A familiar source with the matter confirmed to CNN that The New York Times’ account of the conversation was accurate.

In the meantime, here’s what we’re expecting from the committee’s hearings.

Will there be new information?

Yes, at least according to an advisory from the committee released last week.

“The committee will present previously unseen material documenting January 6th, receive witness testimony, preview additional hearings, and provide the American people a summary of its findings about the coordinated, multi-step effort to overturn the results of the 2020 presidential election and prevent the transfer of power,” the panel said.

What can people expect?

Committee members have teased that the hearings could be focused on former President Donald Trump’s direct role in undermining the election results.

Broadly, the panel has been working toward a thesis that Trump’s obsession with the election loss and his peddling of false claims about the results is what laid the groundwork for the violent and deadly riot at the Capitol.

Ahead of the hearing, Rep. Liz Cheney, one of just two Republicans on the committee, has asserted that the attack was part of an “extremely well-organized” conspiracy.
“It’s extremely broad. It’s extremely well organized. It’s really chilling,” Cheney told CBS “Sunday Morning” when asked if the attack amounted to a conspiracy, adding: “I have not learned anything that has made me less concerned.”

Democratic Rep. David Cicilline told CNN Saturday that “disturbing” new evidence would be presented at the upcoming hearings, stressing the significance of this process.

“There will be, I think, substantial evidence that really demonstrates the coordination and the planning and the effort, despite the fact that they understood that Donald Trump lost the election and even once the insurrection began and the violence began, there were ongoing efforts to persuade the former President to stop the violence and call on folks to go home, and he refused to do it,” Cicilline told CNN.

The lawmaker added: “I think the American people are going to learn facts about the planning and execution of this that will be very disturbing.”

Former Virginia Rep. Denver Riggleman, who worked as a technical adviser for the House select committee, similarly said Sunday that people will be “absolutely surprised” by what will be presented.

CNN has learned that two people directly tied to former Vice President Mike Pence are among those who have received invitations to appear. Former Pence chief counsel Greg Jacob and former federal Judge J. Michael Luttig have received outreach from the committee about their possible testimony.

In addition to Luttig and Jacob, CNN has learned Short is expected to be called to testify.

All three men have already been interviewed privately by committee investigators. In some cases, their testimony has already been used by the committee as part of court filings and subpoena requests from other potential witnesses in their investigation.

How will the hearings compare to Trump’s impeachment proceedings?

One source close to the committee told CNN that the panel has drawn on experiences from Trump’s two impeachment proceedings. Those hearings have served as a model of both what to do and not to do.

A key difference to typical committee proceedings is that the January 6 hearings will not feature the voices of prominent Trump supporters in Congress.

The panel’s only two Republican members, Cheney and Adam Kinzinger, are both outspoken critics of Trump.

How is Trump preparing?

The former President has made it clear he is looking for cover from his closest allies around the upcoming public hearings.

Read this report from CNN’s Melanie Zanona, Zachary Cohen and Ryan Nobles. Trump’s team has communicated to some of his most loyal acolytes on Capitol Hill that the former President wants people vigorously defending him and pushing back on the select committee while the public hearings play out, according to GOP sources familiar with the request.

But part of the challenge for Republicans — especially after they decided to boycott the select committee — is that they have little insight into what the investigation has uncovered and what might be revealed in the public hearings, making it harder for them to settle on a precise strategy.

How should Americans approach these hearings?