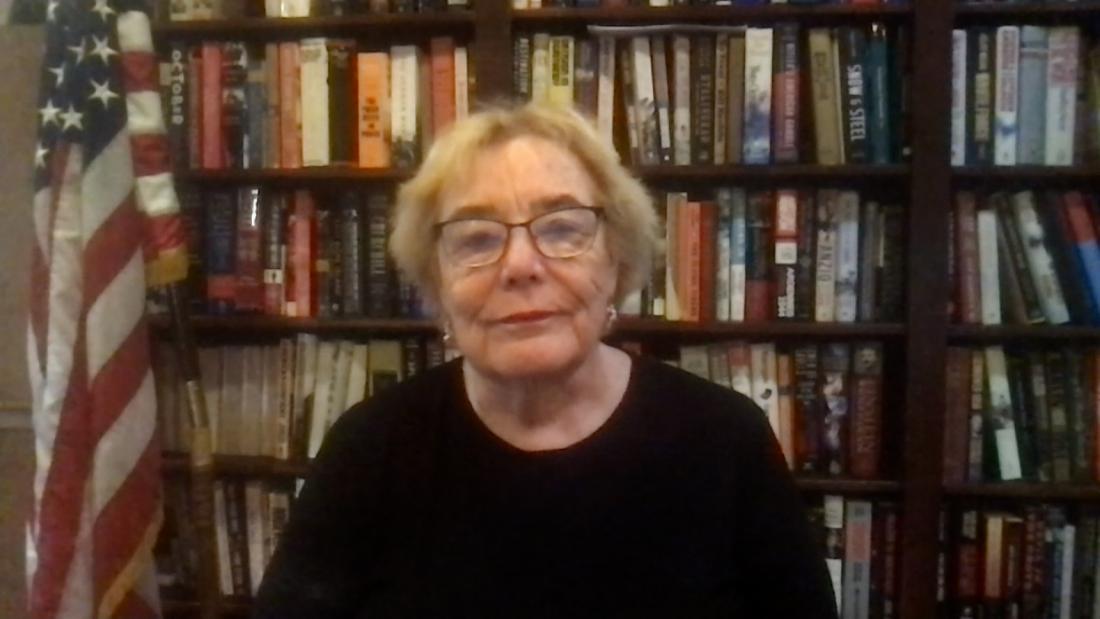 “We are going to be connecting the dots during these hearings between these groups and those who were trying — in government circles — to overturn the election. So, we do think that this story is unfolding in a way that is very serious and quite credible,” Democratic Rep. Zoe Lofgren of California said of Tuesday’s hearing and another that hasn’t been scheduled in an interview with CNN’s Jake Tapper on “State of the Union.”
The congresswoman said the focus of the hearings will be connections between the Trump administration and militia groups such as the Oath Keepers and Proud Boys. She acknowledged that Roger Stone, an ally of former President Donald Trump, and Michael Flynn, Trump’s onetime national security adviser, could be two of those connections, among others.
Jason Van Tatenhove, a former spokesperson and self-described “propagandist” for the Oath Keepers, is expected to testify on Tuesday, a familiar source with the hearing plans confirmed to CNN on Sunday. Van Tatenhove told Colorado TV station KDVR of his invitation from him last week.

Van Tatenhove told KDVR he was never a member of the group but described himself as a former “employee.” He did not work for them for very long but he claims to have insight into the organization’s inner workings.

“I did get a lot of inside access,” Van Tatenhove told KDVR.

Tuesday’s hearing, which the committee announced on Sunday will now start at 1 pm ET rather than 10 am ET, will be led by Democratic Reps. Jamie Raskin of Maryland and Stephanie Murphy of Florida, CNN has learned.

A spokesperson for the select committee declined to comment on the plans for Tuesday’s hearing.

Muprhy told NBC on Sunday that the panel could present evidence that members of Congress encouraged extremist groups to come to Washington, DC, on January 6, 2021, echoing Trump’s tweet in December 2020 that January 6 would “be wild.” She called that tweet a “siren call” for those groups.

“I think all of that is pretty public,” Murphy said of members of Congress inviting extremists to Washington on the day of the insurrection. “They were quite public about their efforts to amplify the President’s call to use January 6 as a last stand in this effort to remain as president.”

Raskin told CBS on Sunday that Tuesday’s hearing will reveal the “fundamental importance of a meeting that took place in the White House on December the 18th,” after which Trump sent out the tweet asking his supporters to come to DC on January 6.

“People are going to hear the story of that tweet, and then the explosive effects it had in Trump world and specifically among the domestic violent extremist groups — the most dangerous political extremists in the country at that point,” Raskin said.

The ‘dereliction of duty’

Murphy also suggested that the January 6 panel may present video from Trump White House counsel Pat Cipollone’s interview last week with the committee as part of its hearing Tuesday.

“I imagine that you will be hearing things from Mr. Cipollone, but also from others who were in the White House,” she said.

Cipollone met with the committee for nearly eight hours on Friday. He did not answer questions from CNN when entering or exiting the room. His appearance him was the result of months of negotiations between his lawyers and the January 6 panel about what topics could be discussed. He had previously met with the committee informally in April.
Cipollone’s meeting with the panel came less than two weeks after former Trump White House aide Cassidy Hutchinson testified before the committee last month in a blockbuster hearing. Hutchinson described her experience at the White House as someone close to Trump’s inner circle in the days leading up to and including the Capitol Hill riot and also shared details of her conversations with Cipollone.

Cipollone was among the handful of people who spent time with Trump as he watched the Capitol riot unfold on television from a dining room off the Oval Office, according to two sources familiar with the panel’s investigation. The committee has heard from other witnesses, who said Cipollone, along with other senior Trump advisers, including Ivanka Trump and Dan Scavino, were with the President at various points during this time, and Cipollone could help shed light on Trump’s state of mind as the violence was taking place.

Lofgren, meanwhile, told Tapper that Cipollone “was able to provide information on basically all of the critical issues that we’re looking at and including the President’s — what I would call dereliction of duty on the day of January 6.”

This story has been updated with additional developments.