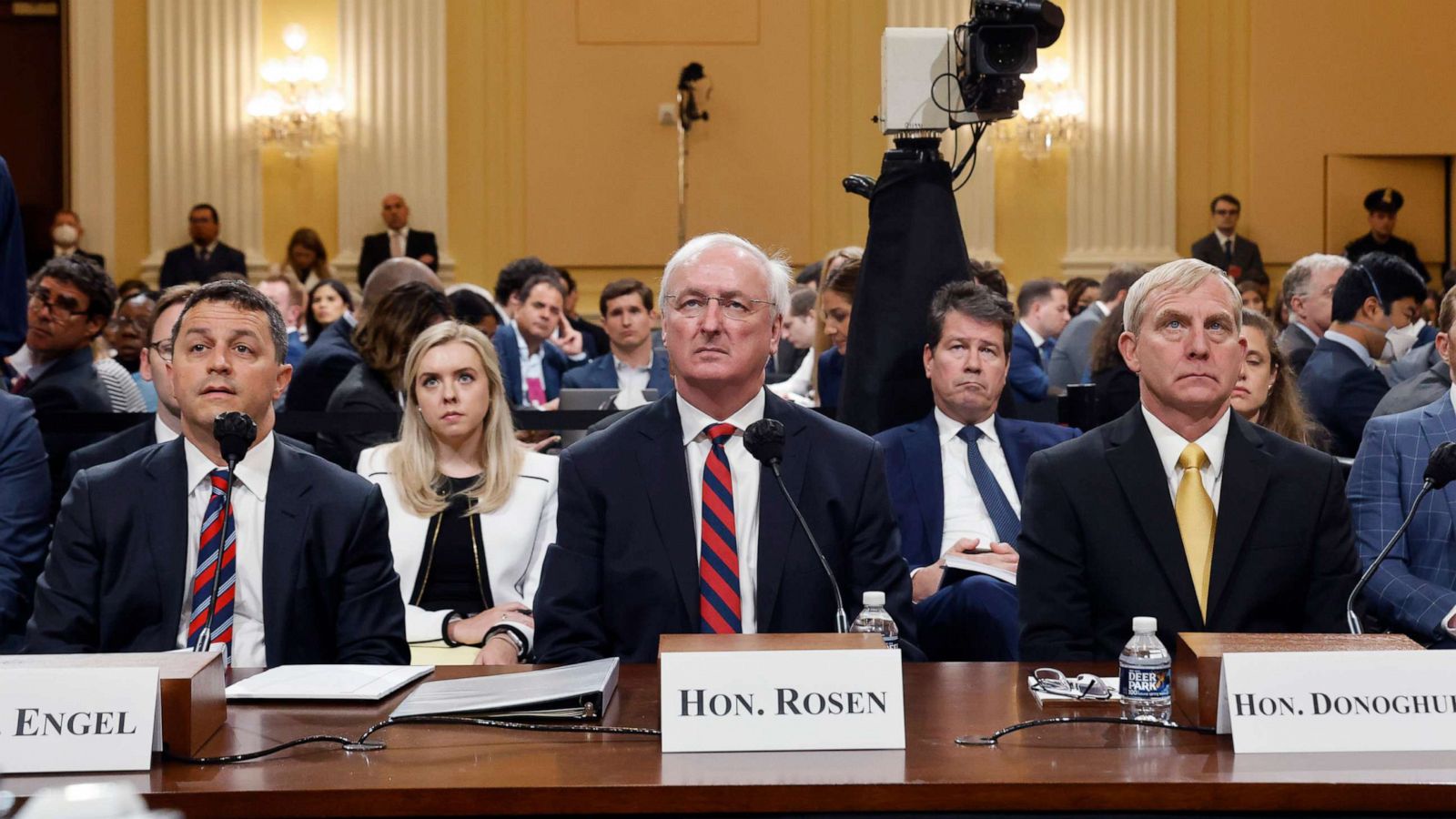 A hard-right conservative member of the House and leader of the House Freedom Caucus, Rep. Scott Perry, R-Penn., has been one of Trump’s most loyal supporters in Congress.

As the Jan. 6 committee laid out Thursday, that support continued after the 2020 election, when he was among the Republicans who met with Trump at the White House on Dec. 21, 2020, on how to continue challenging Joe Biden’s victory and push claims of voter fraud.

The next day, Perry introduced Jeffery Clark to Trump at a White House meeting. Clark did not work on election issues at the Justice Department, and he met with the president without the knowledge of his superiors in violation of DOJ rules.

Why was Clark recommended? Here’s how Rudy Giuliani explained it, in his recorded interview with the committee: “I do recall saying to people that somebody should be put in charge of the Justice Department who is not frightened of what is going to be done to their reputation.”

Richard Donoghue, the acting deputy attorney general at the time, said Perry wanted Clark to “take over” the Justice Department, and pushed Mark Meadows, the White House chief of staff and his former House colleague, to make it happen.