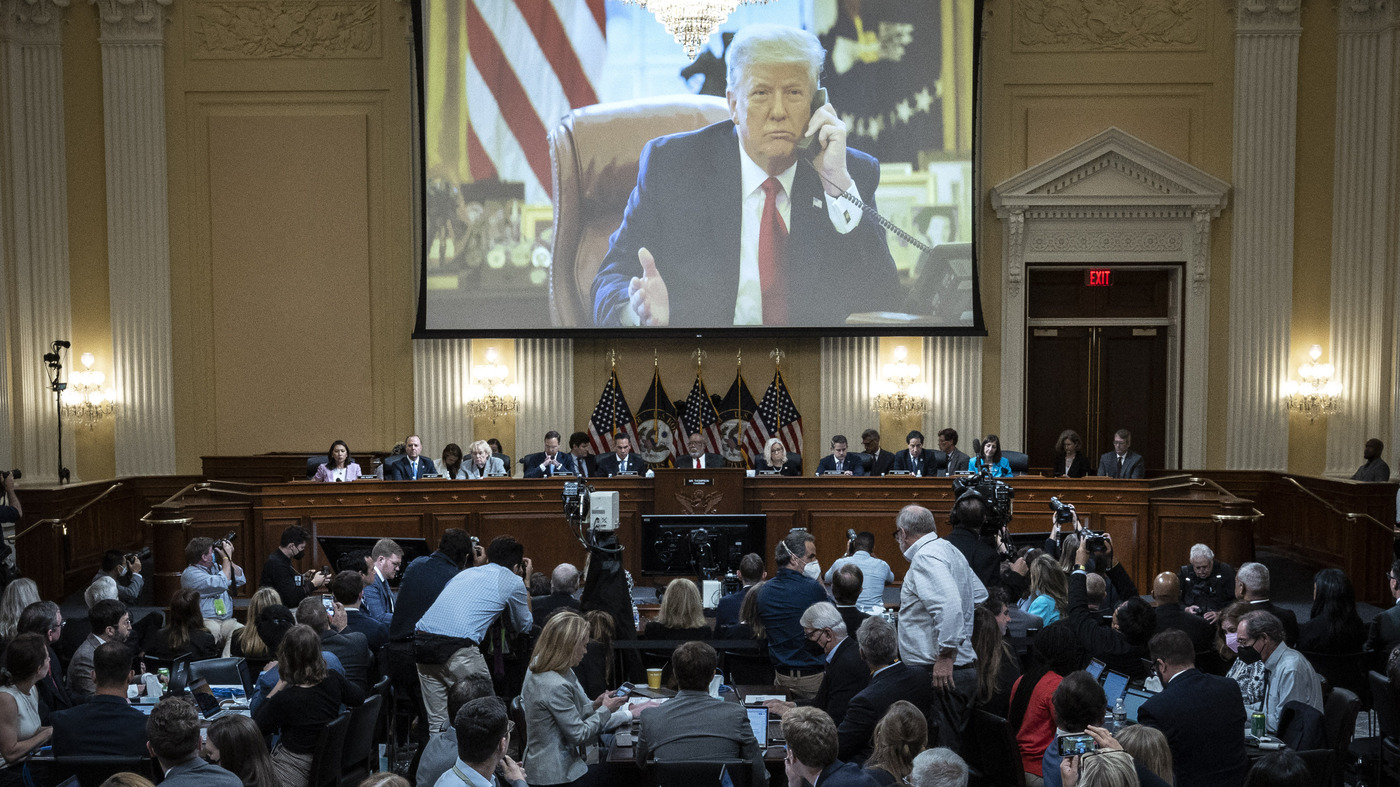 An image of former President Trump is displayed during the third hearing of the House Jan. 6 committee Thursday.

An image of former President Trump is displayed during the third hearing of the House Jan. 6 committee Thursday.

British documentary filmmaker Alex Holder confirmed on Tuesday that he had complied with a subpoena from the Jan. 6 committee to turn over never-before-seen footage of former President Donald Trump in the leadup to the insurrection.

The committee will also conduct a deposition of Holder on Thursday, he said in a statement shared on Twitter.

Holder had access to Trump, as well as his family members and associates, while directing a documentary series surrounding the final six weeks of the former president’s reelection campaign in 2020. He said the footage he turned over includes interviews with Trump and his family leading up to the election, as well as never-before-seen footage of the Capitol riot.

Holder said his team would never have predicted their work would be subpoenaed by Congress when they started the project in September 2020, but are cooperating fully.

“As a British filmmaker, I had no agenda coming into this,” he said. “We simply wanted to better understand who the Trumps were and what motivated them to hold onto power so desperately.”

He said the series includes “unparalleled access and exclusive interviews” with officials including Trump, his children, son-in-law Jared Kushner and former Vice President Mike Pence both before and after the events of Jan. 6, in a variety of locations: the White House, Trump’s Mar-A-Lago resort and on the campaign trail.

the series, unprecedentedwas purchased by an unidentified streaming service last year and is set to be released in three parts this summer, Holder said, adding that he did not previously have the legal authority to release the material or publicly discuss the project.

Politico first reported that the committee subpoenaed Holder last week, seeking raw footage related to three things: the events of Jan. 6, discussions of the integrity of the 2020 election and interviews with Trump, Pence and several Trump family members from September 2020 until the present.

Holder’s cooperation and the footage itself came as a surprise to Trump associates, Rolling Stone reported.

“What the f*** is this?” a former top Trump 2020 official messaged the publication after seeing the news.