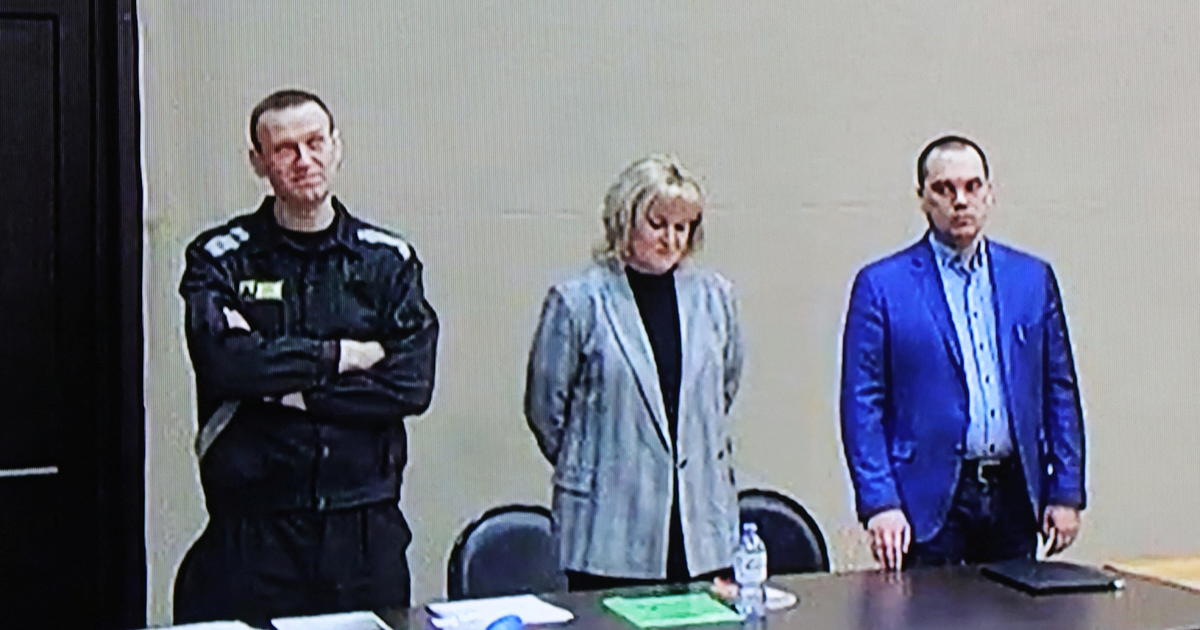 Moscow — Imprisoned Russian opposition leader Alexey Navalny has been handed a lengthy prison term on top of the one he is already serving. In a trial that Kremlin critics see as an attempt to keep President Vladimir Putin’s most ardent foe behind bars for as long as possible, a Moscow court sentenced Navalny on Tuesday to nine years detention in one of Russia’s notorious penal colonies after finding him guilty of fraud and contempt of court.

The prosecution charged Navalny, who is currently serving 2 1/2 years in a penal colony east of Moscow, of embezzling money that he and his foundation raised over the years and of insulting a judge during a previous trial. Navalny rejected the allegations as politically motivated.

The court decreed on Tuesday that Navalny was to be moved from a prison camp near Moscow to a high security prison, likely further away from Moscow. His team him fears the move will make it even harder to check on him.

“Without public protection, Alexey will be face-to-face with those who have already tried to kill him, and nothing will stop them from trying again,” his spokeswoman Kira Yarmysh said Tuesday. “Therefore, we are now talking not only about his Alexey’s freedom, but also about his life.”

The prosecution had asked for 13 years in a maximum security prison for the anti-corruption crusader and a 1.2 million-ruble (roughly $10,700) fine. The fine was imposed along with the 9-year sentence on Tuesday. It wasn’t immediately clear if Navalny was expected to serve the new sentence concurrently with his current one, or on top of it.

The US State Department issued a statement condemning what it called the “politically-motivated conviction and sentencing” of Navalny on “spurious charges.”

“This outlandish prison term is a continuation of the Kremlin’s years-long assault on Navalny and on his movement for government transparency and accountability. Of course, Navalny’s true crime in the eyes of the Kremlin is his work as an anti-corruption activist and opposition politician,” the State Department said.

The trial, which opened about a month ago, unfolded in a makeshift courtroom in the prison colony hours away from Moscow where Navalny is serving a sentence for parole violations. Navalny’s supporters have criticized the authorities’ decision to move the proceedings there from a courthouse in Moscow, saying it has effectively limited access to the proceedings for the media and supporters.

Navalny, 45, has appeared at hearings wearing prison garb and made several elaborate speeches during the trial, decrying the charges against him as bogus.

Navalny was arrested in January 2021 immediately upon his return from Germany, where he spent five months convalescing from a poisoning he blamed on the Kremlin, a claim Russian officials vehemently denied. Shortly after the arrest, a court sentenced him to 2 1/2 years in prison over the parole violations stemming from a 2014 suspended sentence in a fraud case that Navalny insists he was politically driven.

Following Navalny’s imprisonment, authorities unleashed a sweeping crackdown on his associates and supporters. His closest allies have left Russia after facing multiple criminal charges, and his Foundation for Fighting Corruption and a network of nearly 40 regional offices were outlawed as extremist-a designation that exposes people involved to prosecution.

Last month, Russian officials added Navalny and a number of his associates to a state registry of extremists and terrorists.

Several criminal cases have been launched against Navalny individually, leading his associates to suggest the Kremlin intends to keep him behind bars for as long as possible.