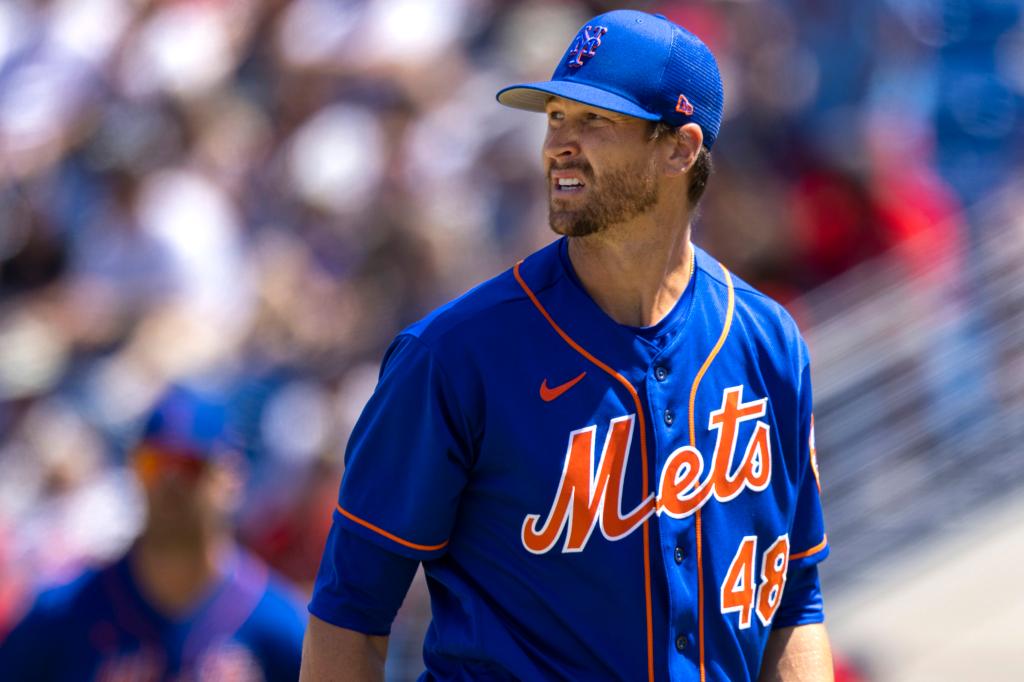 The ace right-hander will begin the season on the injured list, after an MRI exam on Friday revealed a stress reaction on his right scapula. According to a statement released by the team, deGrom has been told to discontinue throwing for up to four weeks.

DeGrom was scratched from his Friday start because of what the team had termed shoulder tightness.

In his two starts this exhibition season, deGrom combined to pitch five innings with one run allowed and 10 strikeouts. DeGrom’s fastball had sat mostly in the 97-99 mph range and focused on throwing more offspeed pitches than normal in spring training.

Last season deGrom didn’t pitch after July 7 due to elbow inflammation that team president Sandy Alderson later termed a low-grade tear of the ulnar collateral ligament. DeGrom continued to throw side sessions with the team – saying he would have been available for the final weekend of the season if the Mets were still playing meaningful games.

Even before his extended IL IL t, deGrom had incurred a turbulent season with ailments. In May, he was scratched from a start and pushed back in the rotation because of a bothersome right lat. One start later he was removed with tightness in his right side and placed on the injured list. In June he was removed early from a start due to shoulder discomfort. He returned from the All-Star break with forearm tightness and didn’t pitch again last season.

DeGrom has indicated he plans to opt out of his contract after the season. Before the 2019 season began he signed a five-year deal worth $137.5 million that includes the opt-out after the fourth year.