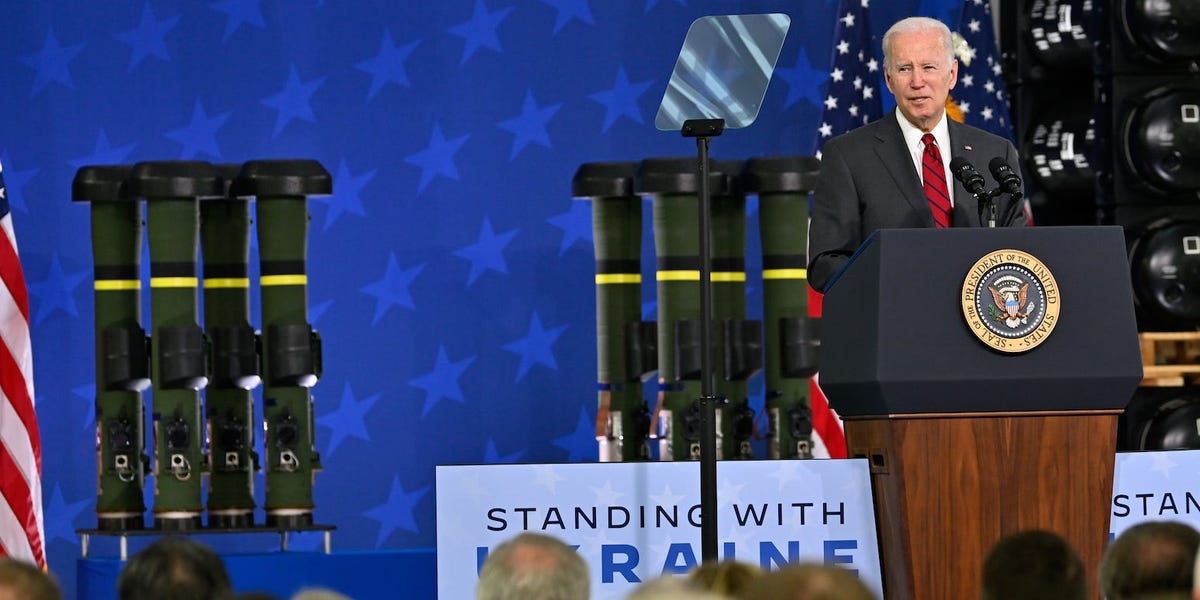 After six months since Russia’s February 24 invasion, Ukraine wants more guns. And the US plans to oblige.

The newest aid package, $3 billion worth, is set to include drones and other weapons. Since the start of this war, the US has felt more than $10 billion in military aid to Ukraine.

Some critics of such aid point out its costs. Politicians like Thomas Massie come to mind when thinking of such detractors. Others are concerned about the decreasing weapons stockpiles the US will have after these weapons shipments. More weapons sent to Ukraine means less weapons for us to use.

However, two questions still need answering: Where might these arms shipments end up? What are their long-term security consequences? The answer to both: We’re not sure.

This answer should make people more cautious of these massive arms shipments. Jordan Cohen from the Cato Institute brings up this concern over weapons shipments, saying that this could pose a problem 10 years from now.

NATO and EU members have been generous in sending weapons to Ukraine. However, they are growing concerned over where these weapons may end up and want a tracking system to trace the movement of these weapons. These are legitimate concerns. No one wants an adversary, or potential one, to get guns.

To mitigate this problem, the US needs to avoid opening the floodgates of arms shipments. Being the “indispensable nation” for weapons shipments throws out historical cases of when these shipments have come back to bite us.

Take the 2003 Iraq War. The US provided Iraqi security forces and other armed groups with weapons, such as M4s and Kalashnikov rifles. Many of these weapons ended up in the hands of the insurgents that US military units were fighting.

In Syria, the US undertook an operation in 2013, known as Timber Sycamore, arming and training Syrian rebels in Jordan. However, many of the US weapons ended up on the black market and in the hands of Nusra Front fighters — a US designated terrorist group.

Finally, in Yemen’s civil war, US weapons were found in the hands of Salafi — al-Qaeda in the Arabian Peninsula — and Iranian proxy fighters. You don’t need to be an international security expert to know that this outcome is not good.

As Rachel Stohl and EJ Hogendoorn prove in their report on small arms, small weapons are cheap and easy to use. According to the authors, these qualities make small arms the perfect choice of weapon for most international actors.

The US should also be aware of the grand strategic consequences of weapons shipments. As John Mearsheimer details in his book, “The Tragedy of Great Power Politics,” it’s difficult to tell if weapons are offensive or defensive in nature.

The more weapons — defensive and offensive — the US sends to Ukraine, the more Russia will view these weapons as hostile offensive maneuvers against itself. In a nutshell, defense is often perceived as offense.

Between the unintended recipients of weapons shipments and their result in creating a security dilemma, arms shipments tend to make armed conflict more — not less — likely.

US policymakers need to avoid having so much faith in weapons serving as means to international goals. No doubt that weapons and arms are a part of foreign policy. Yet, there are other tools, such as diplomatic negotiations, that can also serve US foreign policy objectives. Ukraine and the US need to use something other than weapons to end this war.

A negotiated end to this war is preferable sooner rather than later. When will this war be negotiated to an end? Tragically, not any time soon. Both Russia and Ukraine seem intent on continuing this war. Both see a bumpy road to victory rather than a bloody and sodden pathway to misery. The US must do what it can in her power to encourage a peaceful end.

This perception among US policymakers of weapons and arms being the dominant answer in foreign affairs was not always the case. As David Hendrickson makes apparent, war and violence used to be perceived as the antithesis to republican and liberal forms of government. Maybe today’s US policymakers should remember this noble concept.

Benjamin Giltner is a Contributing Fellow at Defense Priorities.