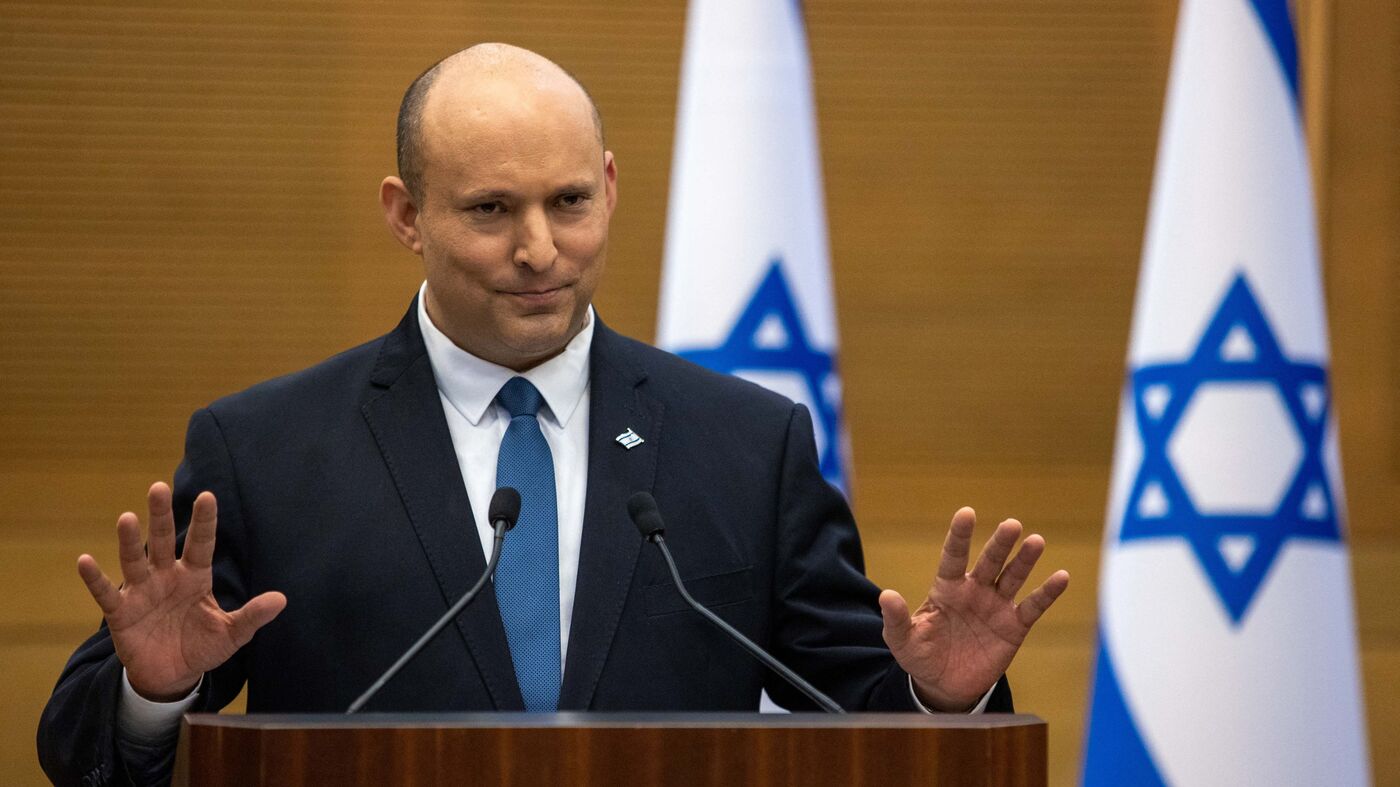 Israel’s most diverse government in history, formed for the first time with an Arab political party, is disbanding over a disagreement about the future of Jewish settlers in the occupied West Bank.

Prime Minister Naftali Bennett says he will step down after lawmakers hold a vote to dissolve parliament next week, and centrist Foreign Minister Yair Lapid will take over as prime minister. Elections are likely to take place in October.

It will be Israel’s fifth round of elections in just over three years, and the country’s polarizing former leader Benjamin Netanyahu will try to return to power once again.

“We did everything we could to preserve this government,” Bennett said in a live televised address Monday. “Believe me, we turned over every stone.”

In the middle of Bennett’s speech, the room suddenly went dark as the lights went out for a moment.

“How symbolic,” Lapid said in the microphone.

Bennett’s government collapsed after several lawmakers — mostly his own right-wing Jewish nationalist allies — withdrew their support for the ideologically-mixed coalition that included a secular Jewish party and pro-Palestinian politicians.

The final straw was Bennett lost his parliamentary majority and could not whip enough votes to extend legal protections — every five years — that granted Jewish settlers in the West Bank rights that Palestinians in the territory do not have: the ability to receive national Israeli health insurance and to practice law and be tried in Israeli civil courts.

Without renewing settler legal protections, Bennett said, “Israel will harden heavy security damage and constitutional chaos. That I could not allow.”

By dissolving parliament, the protection will be frozen in place until three months after a new parliament is elected. Bennett said there was “urgency” to the move to avert “the accompanying chaos.”

President Biden will be received by the future prime minister, Yair Lapid, on his visit to Israel next month. “Our working assumption is still that the trip will go forward as planned,” the US Embassy to Israel told NPR in a statement.

The upcoming elections will likely focus on the question of Netanyahu’s potential return to power and the possibility of a future Arab-Jewish political partnership.

“While this government was one of Israel’s shortest to hold office, it played a historical role by including an Arab party in the coalition and in the decisions made by the national leadership, and therefore paving the way for the possibility of more inclusion by the Arab minority in the political process and Israeli society as a whole,” said Yohanan Plesner of the non-partisan Israel Democracy Institute.

In a video statement, Netanyahu decried the outgoing government as reliant on “terror supporters,” a slur aimed at the Arab Islamist party that participated in the government.

The head of that party, Mansour Abbas, said he wished to be kingmaker in the next coalition, too.

“This is a historic step. It’s still on its way. We have only begun,” Abbas said. “We proved it is possible.”