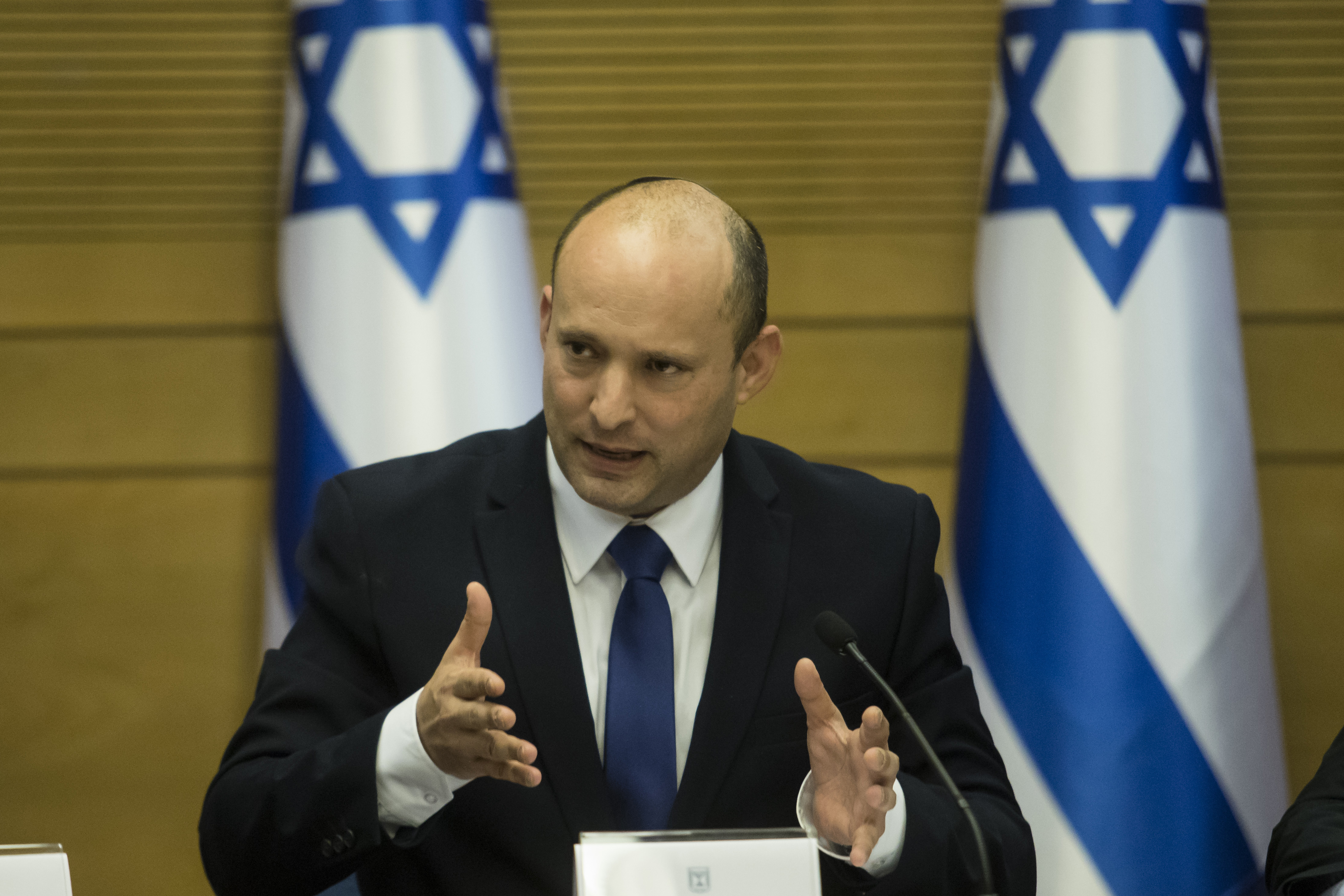 Emergency regulations in place for decades have created a separate legal system for Jewish settlers in the West Bank, applying parts of Israeli law to them — even though they live in occupied territory and not within sovereign Israeli land.

These regulations expire at the end of the month and if they are not renewed, that legal system, which Israel has cultivated for its settlers in the West Bank since it captured the territory in 1967, will be thrown into question. It could also change the legal status of the 500,000 settlers living there.

Proponents of extending the law say they are merely seeking to maintain the status quo and preserve the government’s shelf life. Opponents say extending the regulations would deepen an unfair system.

However, Monday’s vote — defeated by a 58-52 margin — went far beyond the contours of the legal debate. Instead, it served as a key test of the government’s prospects for survival, creating a paradoxical situation where some of the settlements’ biggest opponents in the government voted for the bill, while hard-line parties that support the settlements voted against it in order to weaken the government.

The coalition, made up of eight ideologically distinct parties that include both supporters and opponents of the settlements, came together last year and pledged to sidestep divisive issues that could threaten its survival. Monday’s vote showed just how difficult that mission has been.

The vote did not immediately topple the government, and it is still possible for the coalition to present a modified version of the legislation.

“As always after we lose, we will return stronger and win in the next round,” said Foreign Minister Yair Lapid, the chief architect of the governing alliance, in a statement on Twitter.

But the setback indicated the government’s days could be numbered. One of the coalition’s members, the nationalist New Hope, has already threatened to bolt if the coalition cannot pass the measure. If New Hope leaves, it could give the opposition the votes it needs to trigger new elections or form a new government.

“Any coalition member who doesn’t vote for this law that is so central is an active participant in its demise,” Justice Minister Gideon Saar, leader of New Hope, said before the vote.

He also warned that defeating the bill would create “legal chaos” in the West Bank and harm settlers.

The votes of certain lawmakers, including renegade hard-liners in the coalition as well as Ra’am, an Arab Islamist group that made history as the first Arab party to join an Israeli coalition, were closely watched. In many cases, these lawmakers did not attend the vote.

The opposition meanwhile, made up mainly of nationalist parties led by former Prime Minister Benjamin Netanyahu, showed its willingness to forsake its pro-settlement ideology in order to bring down the coalition.

Bennett’s Yamina party issued a statement accusing Netanyahu and his Likud party of banding together with leftist settlement opponents to serve the former prime minister’s personal interests. “The Likud will burn the state for Netanyahu’s needs,” it said, vowing to find a way to pass the required legislation.

Bennett has faced hurdles before. Idit Silman, the coalition whip from Bennett’s small, nationalist party, quit the coalition earlier this year, leaving the government with 60 seats in the 120-seat Knesset — surviving immediate defeat but struggling to government. Ghaida Rinawie Zoabi, another legislator from Meretz also quit, but later rejoined after being promised a raft of benefits for her constituents, Palestinian citizens of Israel.

In the end, Silman skipped Monday’s vote, while Zoabi bucked her coalition partners and voted against the bill, giving a thumbs-down as she cast her vote.

Bennett’s government came together last year after two years of political mayhem, with four elections producing no clear winner. The eight coalition members were united by their goal of ousting Netanyahu — the longtime prime minister who now heads the opposition, from where he is battling corruption charges — and have sought to work around their issues to keep him out of power.

Israel captured the West Bank, Gaza Strip and east Jerusalem in the 1967 Mideast war. It later annexed East Jerusalem in a move that is not recognized internationally and pulled out troops and settlers from Gaza in 2005. But hundreds of thousands of Israelis reside in over 120 settlements dotting the West Bank, along with more than 2.5 million Palestinians.

Since Israel has never annexed the territory, it technically remains under the military rule, creating a bewildering legal reality. For Jewish settlers in the West Bank, most of Israel’s criminal and civilian laws apply. They vote in Israeli elections, enlist for compulsory military service and pay their taxes to the state.

Palestinians, meanwhile, are subject to a different set of laws, adding to the confusion — and often inequality.

If the government does not find a new solution in the coming weeks, settlers will automatically fall under military rule, like Palestinians in the West Bank, according to Emmanuel Gross, an Israeli expert on criminal and international law and a former military judge.

Basic, everyday relations between settlers and the state will crumble: Israel won’t be able to levy taxes and police won’t be able to investigate criminal offenses, among other things, Gross said. The status of Palestinian inmates being held in Israeli prisons will also be challenged, as Israel uses this same set of emergency regulations to hold prisoners outside of occupied land.

“The entire legal basis of what happens with the settlers today will be cancelled. This can cause chaos,” he said, adding that he expected the government would find a way to ensure the regulations are extended.