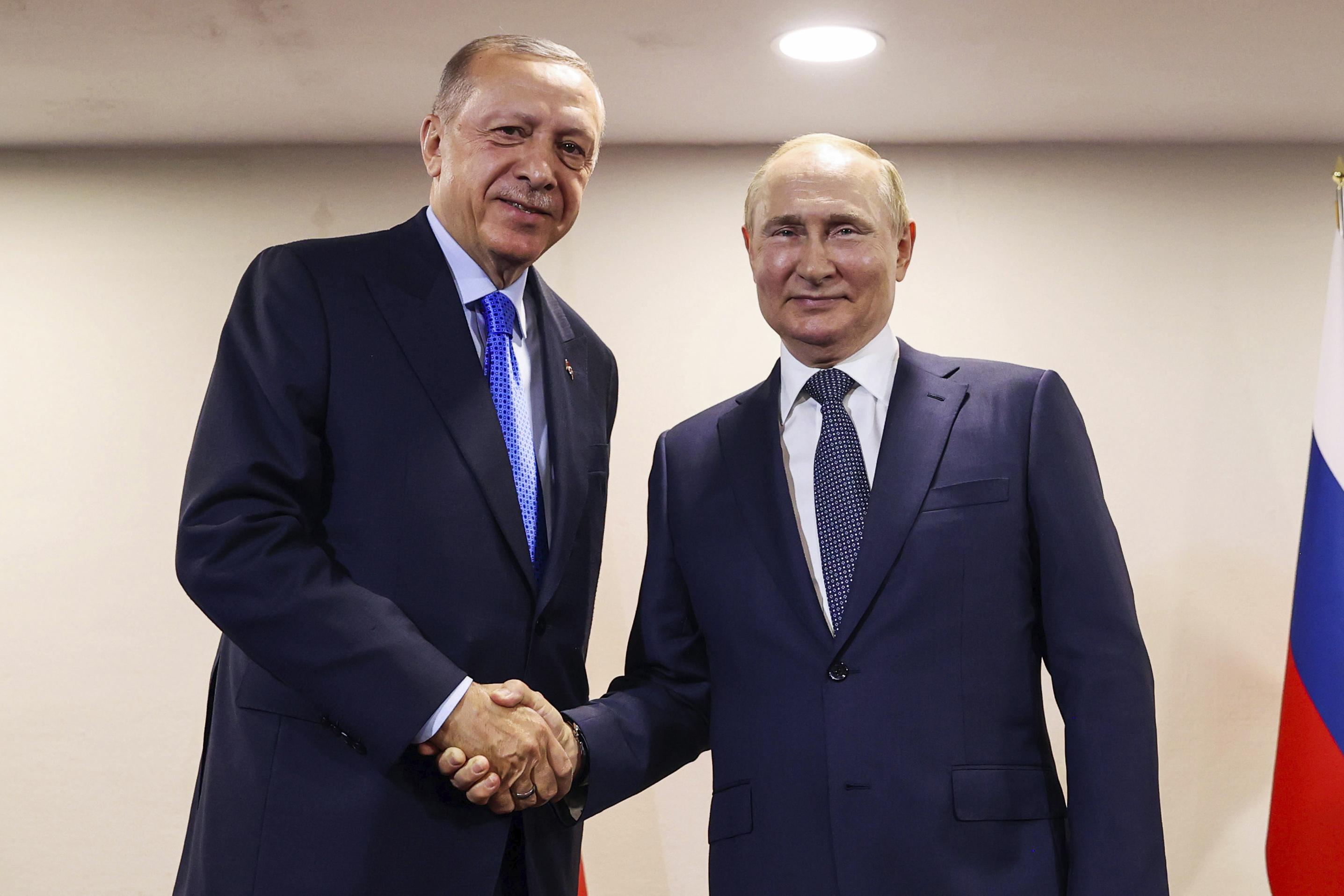 WASHINGTON (AP) — The Biden administration likes to say Russia has become isolated internationally because of its invasion of Ukraine. Yet Moscow’s top officials have hardly been cloistered in the Kremlin. And now, even the US wants to talk.

President Vladimir Putin has been meeting with world leaders, including Turkish President Recep Tayyip Erdogan, whose country is a NATO member. Meanwhile, his top diplomat, Foreign Minister Sergey Lavrov, is jetting around the worldsmiling, shaking hands and posing for photos with foreign leaders — including some friends of the US

And on Wednesday, Secretary of State Antony Blinken said he wants to end months of top-level US diplomatic estrangement with Lavrov to discuss the release of American details as well as issues related to Ukraine. The call has not been scheduled but is expected in coming days.

The handshakes and phone calls cast doubt on a core part of the US strategy aimed at ending the Ukraine war: that diplomatic and economic isolation, along with battlefield setbacks, would ultimately force Russia to send its troops home.

Even as he announced plans for the call, Blinken continued to insist Russia is indeed isolated. He argued the travel of its top officials is purely damage control and a reaction to international criticism Moscow is facing for the Ukraine war.

US officials say Russia is trying to shore up the few alliances it has left has left — some of which are American adversaries like Iran. But countries that are ostensibly US partners, like Egypt and Uganda, are also warmly welcoming top Russians.

And after making the case since February that there’s no point in talking to Russia because Russia is not serious about diplomacy and cannot be trusted, the US has granted it needs to engage with Moscow as well.

The public outreach to Lavrov combined with the announcement of a “substantial proposal” to Russia to win the release of detained Americans Paul Whelan and Brittney Griner took many by surprise.

The Blinken-Lavrov conversation would be the highest-level contact between the US and Russia since Feb. 15, before the Russian invasion, and could set the stage for possible in-person discussions, although administration officials say there are no plans for that.

The Kremlin presumably revealed in the news that the US is now seeking engagement and will likely delay the process of arranging a call to gain maximum advantage.

“They are going to drag this out and try to humiliate us as much as they can,” said Ian Kelly, a retired career diplomat who served as US ambassador to Georgia in the Obama and Trump administrations. “I don’t think it goes along with (the administration’s) overall policy.”

Kelly said the request for a call is “counterproductive to our broader effort to isolate Russia.”

“Other countries will look at this and say, ‘Why shouldn’t we deal with Lavrov or the Russians more broadly?’” he said.

Already, Western appeals to convince Asian, African and Middle Eastern nations to shun Russia appear to have been ignored as Lavrov travels around the world.

Still, Blinken played down the importance of Lavrov’s globetrotting. He said it was a response to the cold reception Russia has gotten to Ukraine-related wheat and grain shortages now plaguing large portions of the developing world, particularly as a United Nations-backed agreement to free up those supplies has yet to be implemented.

“What I see is a desperate game of defense to try somehow to justify to the world the actions that Russia has taken,” Blinken said. “Somehow trying to justify what’s unjustifiable.”

US and European officials point out that Russia has come under heavy criticism for the Ukraine invasion and the food and energy security shortages that have resulted.

Biden administration officials, including Blinken, have noted with satisfaction that Lavrov chose to leave a recent meeting of G-20 foreign ministers in Indonesia after listening to a litany of complaints from counterparts about the global impact of the war.

Despite that, there is no sign Russia will be excluded from major international events such as the ASEAN Regional Forum next week, the United Nations General Assembly in September, or a trio of leaders’ summits in Asia to be held in November.

Russia continues to maintain close ties with China, India and numerous developing countries throughout Asia and Africa. Many depend on Russia for energy and other exports, though they also rely on Ukraine for grain.

India hasn’t shunned Russia despite its membership in the so-called “Quad” with the US, Australia and Japan. With a longstanding close relationship with Russia, India has boosted energy imports from Russia despite pressure from the US and Europe, which is moving away from Russian gas and oil.

India, for example, has used nearly 60 million barrels of Russian oil in 2022 so far, compared with only 12 million barrels in all of 2021, according to commodity data firm Kpler.

On the other side of the coin, the Philippines, a US treaty ally, this week scrapped a deal to purchase 16 Russian military transport helicopters due to fears of possible US sanctions.

The Russian foreign ministry has gleefully countered the assertions of Russia’s isolation by tweeting photographs of Lavrov in various world capitals.

Among the photos: Lavrov at the G-20 meeting in Bali with the Chinese, Indian and Indonesian foreign ministers; in Uganda with President Yoweri Museveni, a longtime US partner; and in Egypt with President Abdel-Fattah el-Sisialso a US partner, whose country every year receives billions in dollars in American aid.