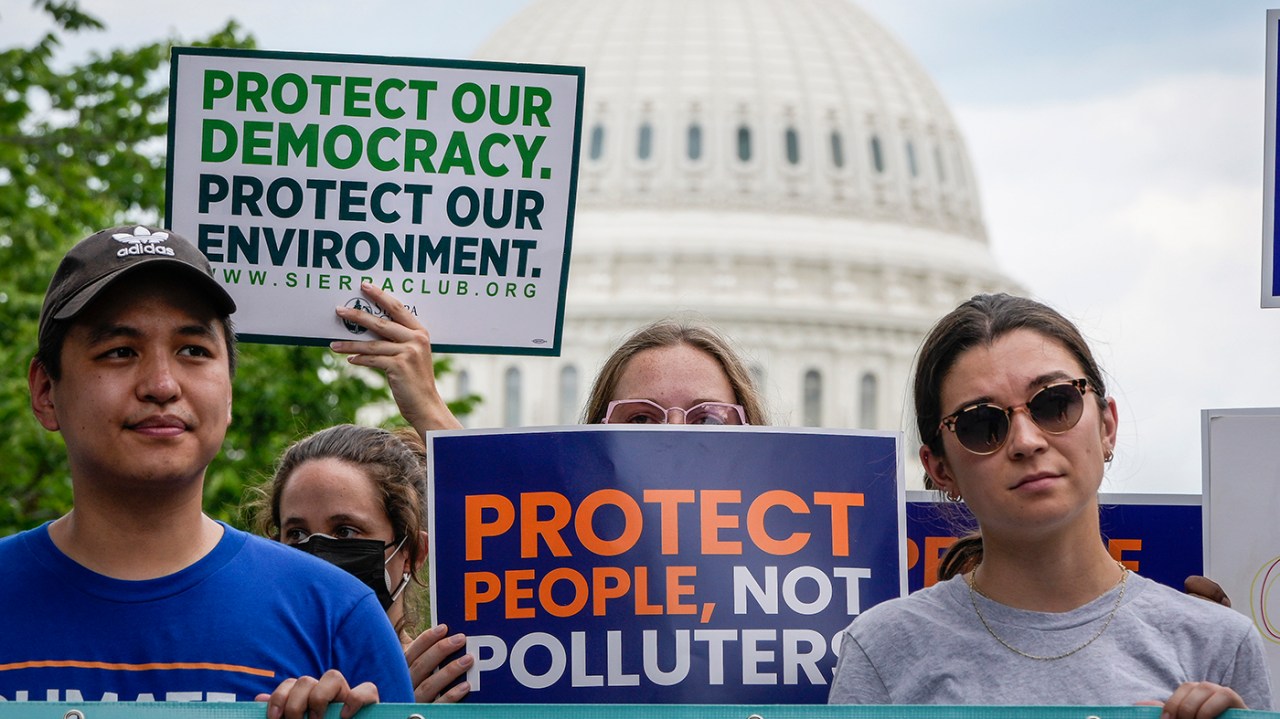 A 6-3 ruling by the Supreme Court restricting the Environmental Protection Agency’s (EPA) authority to limit power plant emissions is the latest blow to US efforts to fight climate change, contributing to a renewed sense of pessimism that the US political system will address the political system issue at the federal level.

While the decision backed by the new conservative majority on the court does not negate efforts by state governments to take action for the planet, it puts a new limitation on the EPA.

It also signals the Supreme Court’s openness to limiting the administration’s authority at the EPA and beyond going forward. The three conservative justices nominated by former President Trump have shifted the court sharply to the right — a change that could shadow the court for decades.

Republican officeholders also remain resistant to taking action to address climate change and appear poised to win back the House majority this fall and possibly the Senate as well.

And even if Democrats retain the Senate, they have been unable thus far to push through major legislation to address climate change because of opposition from one of their own — Sen. Joe Manchin (DW.Va.).

The Biden administration has set a number of ambitious targets related to climate change, including halving the country’s emissions by 2030. President Biden also signed an executive order that would make the federal government carbon neutral by 2050.

But decisions such as the one handed down by the Supreme Court this week as well as gridlock in Congress threatens those targets, as does the prospect of a presidential bid by Trump, who withdrew the US from the Paris climate accord and expressed doubt about science on climate change.

Barry Rabe, a professor of environmental policy at the University of Michigan’s School of Natural Resources and Environment, called the conservative Supreme Court and sharply divided Congress a “serious set of constraints on the executive branch.”

“I think Congress still has enormous latitude if it chooses to use it,” Rabe said, adding, “I think there are some real questions [about] how far the court is going on restricting federal agencies.”

Democratic-run states can pick up some of the slack on environmental policy. California has enacted the strictest vehicle emissions standards in the nation, and a dozen others have since adopted them, resulting in a patchwork approach across the US

“Given gridlock in Congress, action at the state level is essential,” said Jason Smerdon, a professor at Columbia University’s Lamont-Doherty Earth Observatory.

Still, experts say that action at the state level cannot supplant that at the federal level.

“Climate policy is environmental policy, and it’s economic policy, and it’s going to require, most likely, the development of many different policy levers and actions over time to meaningfully address the issue,” said Sasha Mackler, executive director of the Bipartisan Policy Center’s energy program.

Democrats in Congress are currently taking another stab at a reconciliation package that could include funding for climate programs, including a clean energy tax credit, in addition to other Biden priorities. But the last effort to pass the bill along party lines fell apart in December amid opposition from Manchin, dampening optimism for now on its prospects.

Advocates say the time for action is now given the possibility the House could be run by Republicans in January. The GOP needs to pick up just a handful of seats to take back the majority, and it seems highly doubtful that climate measures will be on a House GOP majority agenda.

“They have an extremely narrow window of opportunity, and they need to take it,” Ellen Sciales, communications director for the Sunrise Movement, said of the current Congress.

Josh Freed, who leads the climate and energy program at centrist Democratic think tank Third Way, said that a targeted reconciliation package that includes clean energy investment, along with the bipartisan infrastructure law passed last year, would have significant impact on the federal fight against climate change.

“If they don’t get it done, it will make it more difficult to scale the market demand for clean energy and get it deployed at the rate we need to,” he said.

Still, some are more optimistic than others that Congress can take bipartisan action on climate even if Republicans take the House majority.

Mackler pointed to the strategy on climate and energy unveiled by House Republicans last month, arguing that lawmakers from both sides of the aisle could assemble a package that touches on production and supply as well as energy transition proposals.

“I do think that there are certainly Republicans that are getting much more serious about the climate change challenge,” he said.

Advocates such as Sciales are pushing Biden to get more involved in shepherding a reconciliation package through Congress, conscious of the limited time that Democrats are guaranteed majorities in both the House and Senate. They are also pressing Biden to take other unilateral actions, like phasing out oil drilling on federal lands, something the president has actually been encouraging more of as an immediate fix to high gasoline prices.

“That’s really a shortsighted decision in light of the fact that, in terms of reducing our greenhouse gas emissions, we can’t burn what we currently let alone create new sources,” said Smerdon.

Experts say industry has a critical role to play to shift toward clean energy sources. Industries could of take steps on their own, but it is broadly that government intervention is required to course sufficiently speed up the process.

Mackler said he remains optimistic about the US ability to meet its climate targets through public-private collaboration, noting the growth in the solar industry that he said would have defied expectations a decade ago.

But, he warned, “the longer we wait, the harder and the steeper the hill to climb.”