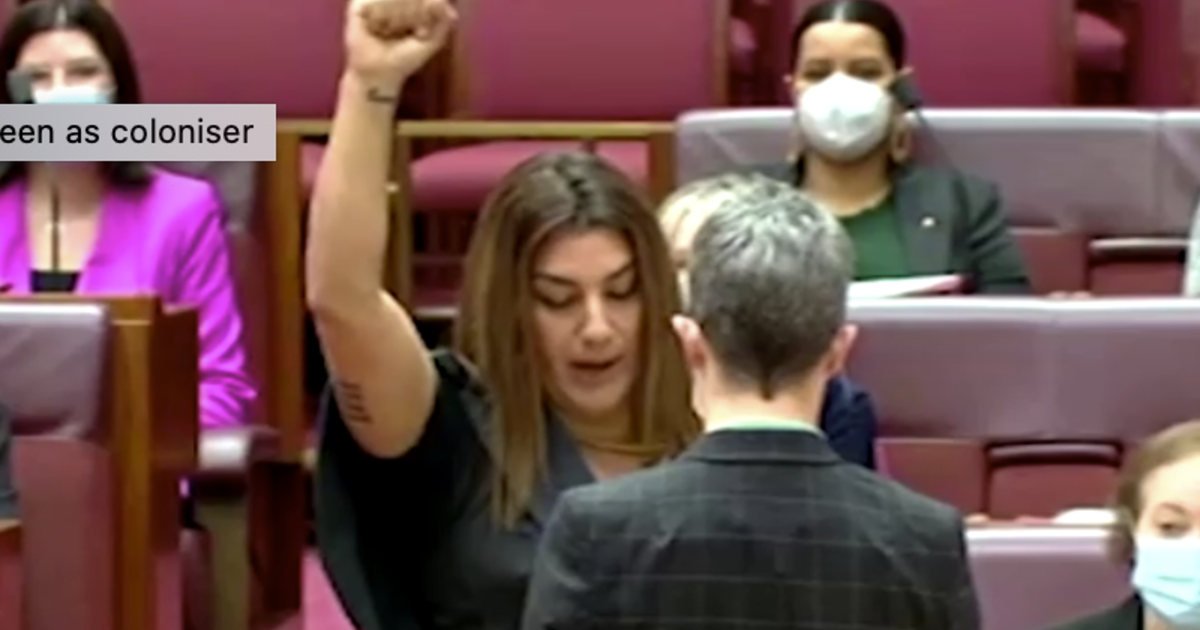 In a flash of protest, Greens Senator Thorpe raised her right fist in a Black Power salute as she begrudgingly swore to serve the 96-year-old monarchwho is still Australia’s head of state.

“I sovereign, Lidia Thorpe, do solemnly and sincerely swear that I will be faithful and I bear true allegiance to the colonizing Her Majesty Queen Elizabeth II,” she said before being rebuked by a Senate official.

After reciting the pledge as required, Thorpe declared on Twitter: “Sovereignty never ceded.”

Australia was a British colony for more than 100 years, a period during which thousands of Aboriginal Australians were killed and communities were displaced wholesale. The country gained de facto independence in 1901, but has never become a fully fledged republic.

In 1999, Australians narrowly voted against removing the queen, amid a row over whether her replacement would be chosen by members of parliament, not the public.

Polls show most Australians are in favor of being a republic, but there is little agreement on how a head of state should be chosen.

The issue was rekindled at the last election, when noted republican Anthony Albanese was elected prime minister. He quickly appointed the country’s first “minister of the republic.”

“I do support a republic,” Albanian told CNN on Sunday, but added that another referendum would have to wait until after the promised referendum on giving Aboriginal Australians an institutional role in policymaking.

“Our priority this term is the recognition of First Nations people in our Constitution,” he said.

Thorpe has also called for truth and reconciliation about the past, and a “treaty” that would legally acknowledge Aboriginal historical ownership of the land.