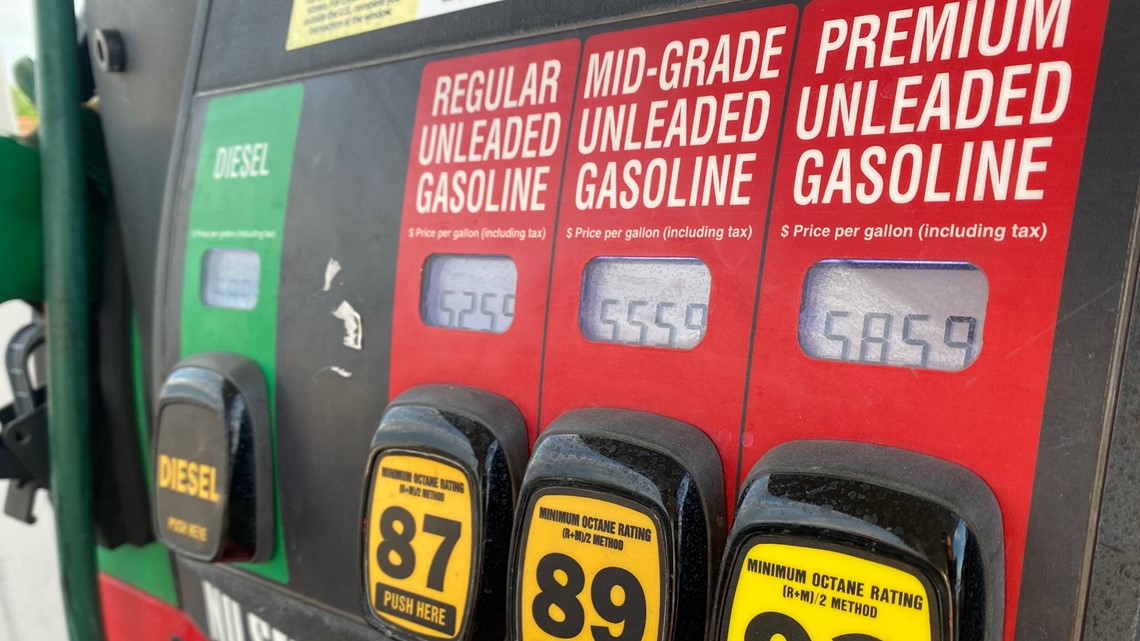 Hoosiers will pay 61 cents per gallon in taxes on gasoline, the state Department of Revenue announced Monday.

INDIANAPOLIS — Indiana saw another increase in the state gasoline tax amid promises of inflation relief — including a proposal to issue direct payments to Indiana residents later this month.

The state’s residents will pay 61 cents per gallon in taxes on gasoline, the state Department of Revenue announced Monday — another jump from June’s record-high 56 cents per gallon. Fuel costs were expected to continue to rise in July, largely elevated because of Russia’s invasion of Ukraine.

The gas tax increase emerged alongside calls from Indiana Democrats to suspend the tax to aid residents reeling from the worst inflation in 40 years.

But Republicans say the gas tax should remain in place to fund the state’s highway construction program. They instead have called for gradually lowering Indiana’s individual income tax rate over the next seven years as a form of relief.

The state’s average price per gallon of regular gasoline was approximately $5.13 on Monday, above the national average of about $4.98, according to AAA.

Indiana Republican Gov. Eric Holcomb proposed an inflation relief plan June 9 that would distribute payments of $225 to residents under the state’s automatic taxpayer refund law. This builds on the initial $125 payments taxpayers received last month under the same policy.

Eligible residents would receive a combined total of about $350 in payments, with a married couple filing jointly receiving about $700, Holcomb said.

Holcomb said he would call for a special legislative session before the end of June so legislators can enact this proposal.