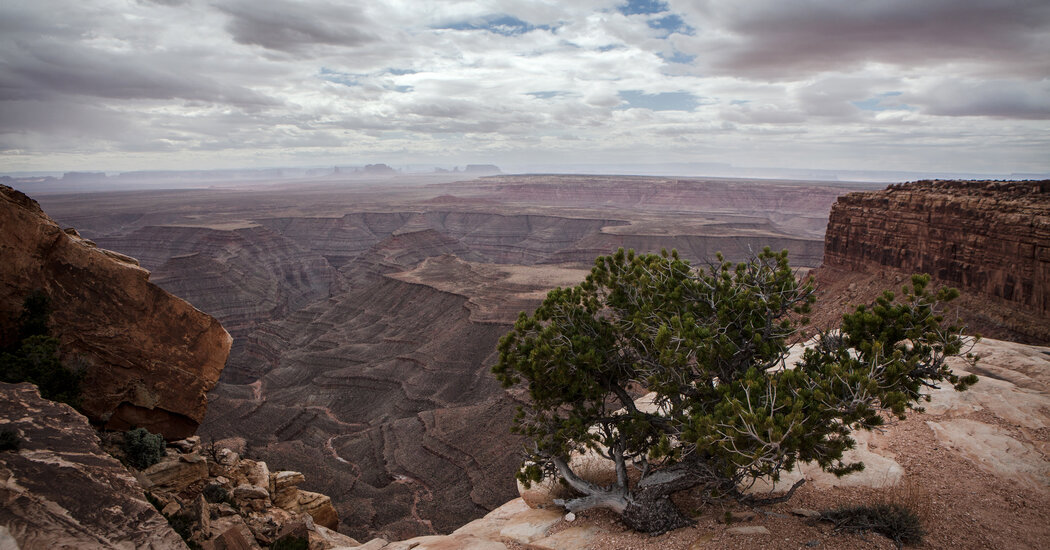 Bears Ears National Monument, whose red-rock landscape sprawls across more than 1.3 million acres in southeastern Utah, will be managed jointly by the federal government and Native American tribes in what administration officials said to represent a “one-of-a-kind” model of cooperation.

The arrangement to preserve the national monument was ratified in an agreement that was signed on Saturday and commemorated with the unveiling of a new Bears Ears welcome sign, which includes the insignia of the five tribes that will help run the monument, the Interior Department said in the statement.

“Today, instead of being removed from a landscape to make way for a public park, we are being invited back to our ancestral homelands to help repair them,” Carleton Bowekaty, the lieutenant governor of the Zuni Pueblo tribe, said in the statement.

Mr. Bowekaty is the co-chair of the Bears Ears Commission, a group that also includes representatives of four other tribes that at some point were driven off the land: the Hopi, the Navajo Nation, the Ute Mountain Ute Tribe, and the Ute Indian Tribe of the Uintah and Ouray Reservation.

“This type of true command will serve as a model,” said Tracy Stone-Manning, the director of the Bureau of Land Management, which is within the Interior Department.

Homer Wilkes, the under secretary of natural resources and the environment, said in a statement that the pact was a “one-of-a-kind cooperative agreement” that outlined a common vision for the management and protection of those lands.

The agreement requires the Bureau of Land Management to “meaningfully engage” with the commission on areas including land planning, management and conservation while working to protect traditions “that are part of the tribal nations’ way of life on these lands.”

The tribes and the government will also work together to develop public programming at Bears Ears and to “explore opportunities” to repatriate objects that have been removed from the land.

The goal of the arrangement, according to the agreement, is to ensure “that management decisions affecting the monument reflect the expertise and traditional and historical knowledge of tribal nations and people.”

Bears Ears is named for two adjacent buttes that rise over the landscape in an earlike fashion. Hikers prize its beauty and emptiness, while Native American tribes see the land as a center of a range of traditions, including hunting and storytelling, citing the stories told in ancient carvings on the monument’s sandstone walls.

Bears Ears first became public land in December 2016 as part of President Barack Obama’s effort to bolster his environmental legacy before Donald J. Trump succeeded him. A year later, Mr. Trump shrank Bears Ears by 85 percent, seeking to use the land for economic development, particularly through oil and gas exploration.

President Biden reversed that decision last year on the counsel of Deb Haaland, the secretary of the interior and the country’s first Native American cabinet secretary. Ms. Haaland visited Bears Ears in 2018 while campaigning for a seat representing New Mexico in the House of Representatives.

“There are some pretty amazing ruins there, and, you know, I don’t even like to call them ruins,” Ms. Haaland told The Guardian in 2019. “The spirit of the people never leaves.”