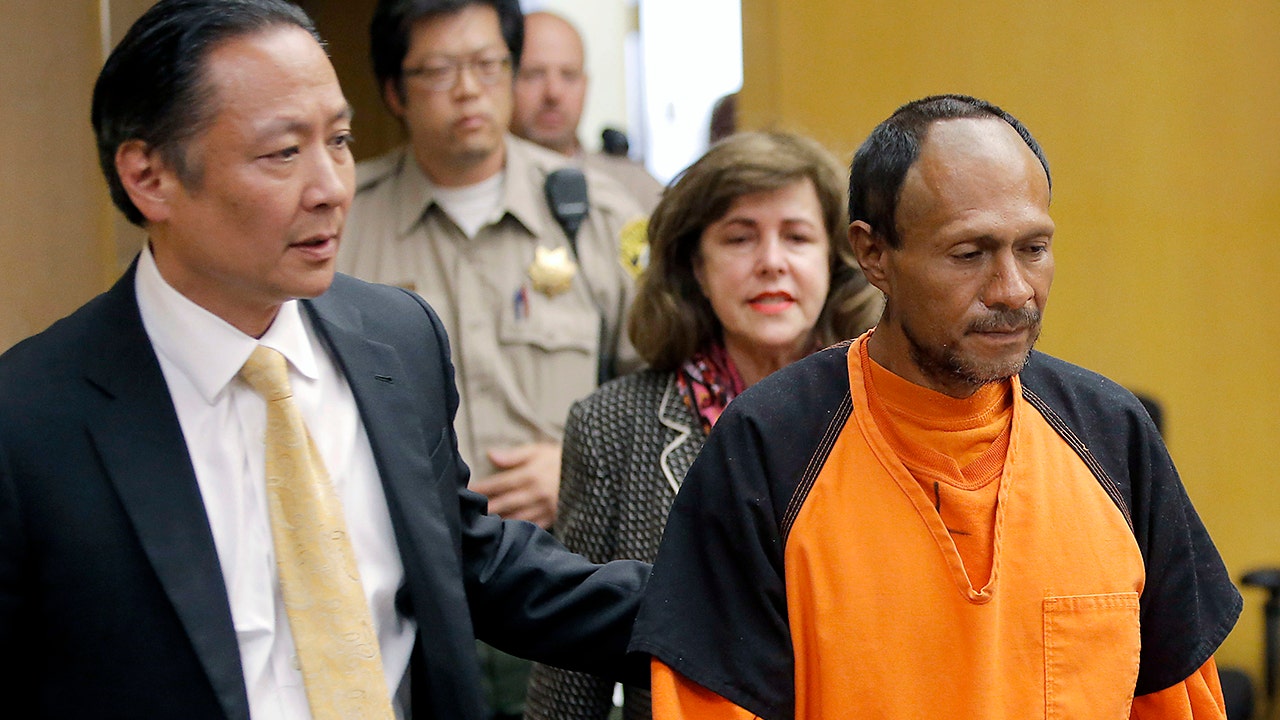 Jose Inez Garcia-Zarate, an illegal immigrant who was already acquitted of murder in the 2015 shooting death of Kate Steinle, was sentenced to the seven years he has spent behind bars on Monday after pleading guilty to federal weapons charges earlier this year.

The 51-year-old Mexican national will now be transported to Texas to face charges for failing to report his location to immigration officials in a separate case.

Kathryn “Kate” Steinle, 32, was walking with her father and a family friend on a San Francisco pier in July 2015 when she was struck in the back by a bullet and killed.

Garcia-Zarate, who had been deported from the US five times, acknowledged holding the gun that killed Steinle but said it accidentally fired when he picked it up from underneath a bench. The gun had been stolen from the Bureau of Land Management ranger’s car about a week before the shooting.

Steinle’s death ignited a nationwide debate over immigration during the 2016 presidential election, with then-presidential candidate Donald Trump and other Republican lawmakers blaming the incident on San Francisco’s status as a sanctuary city.

The San Francisco Superior Court jury acquitted Garcia-Zarate of murder in 2017 but convicted him of being a felon in possession of a weapon. The conviction on the state weapons charge was overturned on appeal in 2019.

The federal weapons charges had been pending for five years amid concerns about Garcia-Zarate’s ability to stand trial. Two doctors have diagnosed him with schizophrenia, but the Bureau of Prisons “tored the defendant to US District Court competence” last June, Vince Chhabria said.

As part of the guilty plea to federal weapons charges, Garcia-Zarate admitted that he was on the San Francisco pier on July 1, 2015, and in possession of a pistol loaded with eight rounds.

Garcia-Zarate’s attorney did not immediately respond to a request for comment on Monday.

Fox News’s Michael Lundin and the Associated Press contributed to this report.