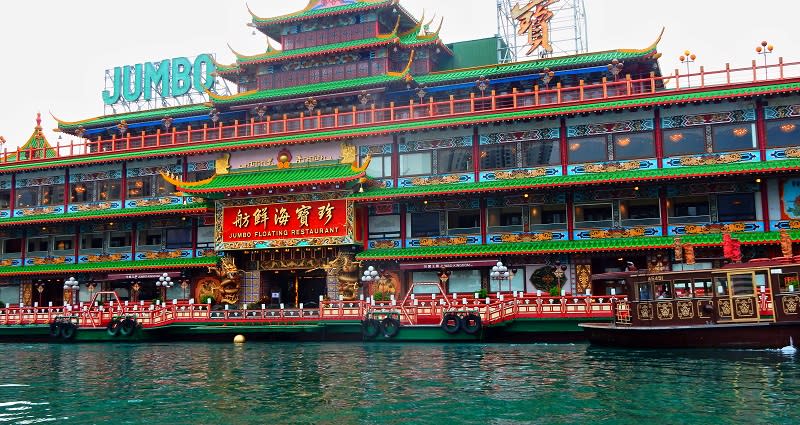 Hong Kongers are seeking help for the iconic landmark Jumbo Floating Restaurant days after its kitchen barge sank and the local government refused to keep the establishment afloat.

In a statement released in late May, Hong Kong Chief Executive Carrie Lam Cheng Yuet-ngor declared that the government has no intention to invest in the tourist attraction, which has proven costly to repair and maintain.

“We have clearly indicated that the government has no plans to invest money in the operation of the restaurant as we are not good at running such premises,” the chief executive, who will finish her term on June 30, said.

“We won’t force through an unfeasible proposal or one that requires a large amount of public money for implementation simply because it has been raised in the policy address,” she added. “I find this situation to be of no problem at all.”

More from NextShark: Man Who Pushed Asian Woman to the Ground in Queens Indicted With Hate Crime

In early 2020, the establishment closed due to the COVID-19 pandemic. Its owner has reported losses totaling more than 100 million Hong Kong dollars (approximately $12.75 million).

“Over the past year, [the company] has had discussions with more than a dozen companies and organizations regarding its unconditional offer to donate the Jumbo Floating Restaurant,” the company, a subsidiary of Melco International Development, said in a statement. “However there was no taker, with all parties citing high operating costs.”

Hong Kong authorities received a report on May 31 that Jumbo Floating Restaurant’s kitchen barge capsized at the Aberdeen Typhoon Shelter, days after Aberdeen Restaurant Enterprises announced its plans to move the floating restaurant to a new location in June.

No injuries or deaths in connection to the incident were reported.

More from NextShark: California Will Finally Apologize For Putting Japanese Americans in Concentration Camps During WWII

The tourist attraction has also been featured in several movies, including the James Bond film “The Man With the Golden Gun” (1974), Jackie Chan film “The Protector” (1985) and medical thriller “Contagion” (2011).

“Jumbo was a must for tourists. Everybody loved it, men and women, young and old,” Choi Pat-tai, an 86-year-old veteran tour guide, told South China Morning Post. “Jumbo is a treasure for Hong Kong, giving visitors an exceptional taste of the special Chinese culture. The city’s officials should resort to every means to conserve and invigorate it.”

“How can I bear to let it go? This is a landmark which has helped boost Hong Kong’s economy from tourism and catering to the hotel industry,” 63-year-old sampan operator Thomas Lai was quoted as saying. “Without a landmark, how do you attract tourists to Hong Kong? They can go to other countries to look for a distinctive experience.”

Reverend Peter Koon and six other lawmakers have launched a petition asking the government to create a plan to revitalize the iconic Hong Kong landmark.

“Without Jumbo, part of the project such as water tourism in Southern district will be in vain. If it can be preserved in Hong Kong, it can create a synergy effect with Ocean Park,” Southern district councilor Jonathan Leung Chun said.