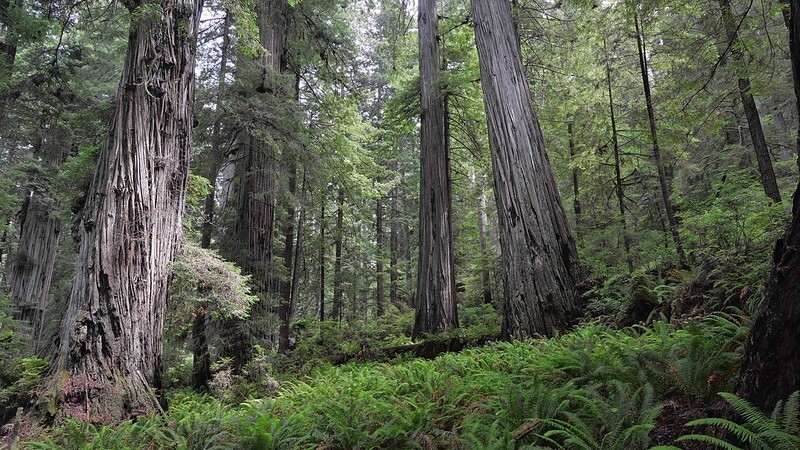 Hyperion is located in a closed part of the Redwood National Park. Still, many visitors have attempted to go off trail to observe the tree.

Hyperion is located in a closed part of the Redwood National Park. Still, many visitors have attempted to go off trail to observe the tree.

If Hyperion is considered the world’s tallest living tree but no one is allowed to see it, is it still the tallest?

Well, yes — but starting now, visitors who attempt to see the Guinness World Record tree in person will risk a $5,000 fine and six months in jail.

California’s Redwood National Park is urging visitors to stay away from Hyperion — and the area around it — which have been damaged as a result of the tree’s popularity.

Hyperion is located in a closed area, meaning there’s no formal trail to reach the site. Still, over the years, many tree enthusiasts pursued the trek, trampling and damaging the habitat leading up to Hyperion, according to Redwood National Park.

Employees have also found trash and human waste on the way to the site.

“As a visitor, you must decide if you will be part of the preservation of this unique landscape — or will you be part of its destruction?” the park wrote in a statement last week.

Hyperion, which is a coast redwood, towers at 380 feet. For reference, that’s 1.25 times bigger than the Statue of Liberty in New York.

Named after one of the Titans in Greek Mythology, Hyperion was discovered by two researchers in 2006. The park is home to several of the world’s tallest known trees, including Helios and Icarus, which are 377 feet and 371 feet respectively.

Redwoods in northern California get their height from a combination of their leaves and the region’s climate. Their leaves tend to absorb and store more moisture from morning fog and the species produces burl sprouts, which promotes growth after injury. For these reasons, redwoods are also able to live an incredibly long time.

But their roots are more shallow than those of other trees, which means it’s easy for hikers to have an impact on the soil. And like many older things, these trees are delicate.

“Forests grow by the inch and die by the foot,” the statement said. “A single visitor can make a drastic negative change to an environment.”

Hyperion may be a record holder, but the statement argues that it doesn’t match the hype and that trying to see it isn’t worth the penalty. The tree is tall, but its height is difficult to observe from the ground and the trunk is not impressive either.

“Hyperion’s trunk is small in comparison to many other old-growth redwood trees,” the statement said. “There are hundreds of trees on designated trails that are more impressive to view from the tree’s base.”

While the Hyperion is believed to be the world’s tallest living tree, it isn’t the largest. That title goes to the General Sherman tree in California’s Giant Forest of Sequoia National Park.