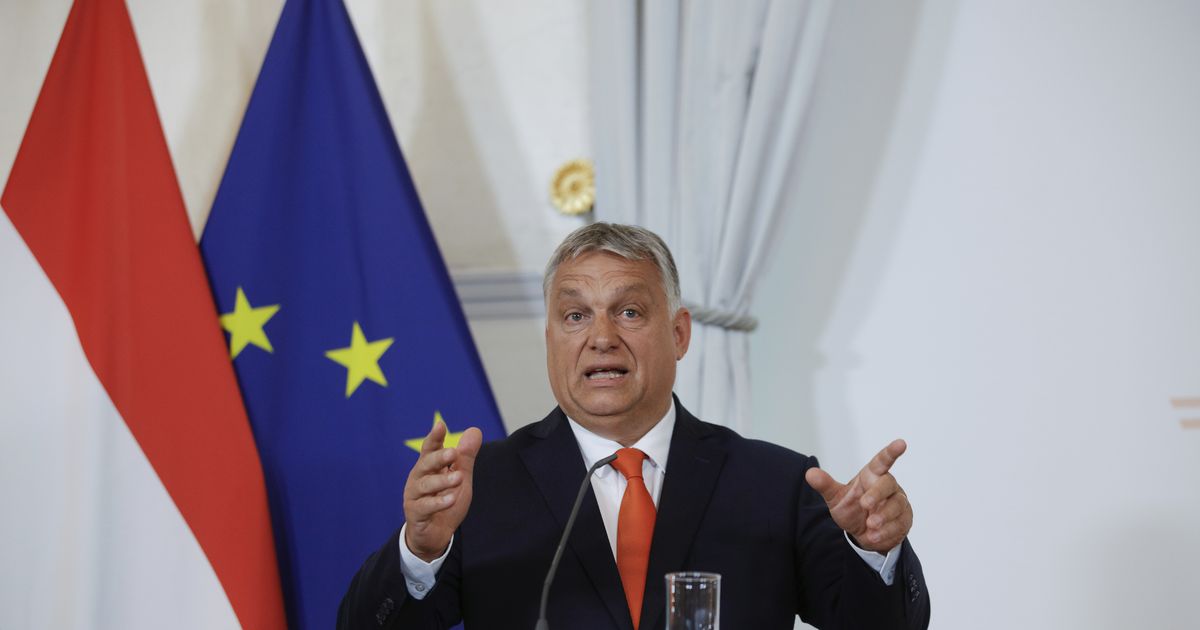 During a speech in Romania over the weekend, Hungary’s far-right leader Viktor Orbán said he doesn’t want Europeans mixing with people from outside the continent — comments one of his aides compared to Third Reich rhetoric before resigning.

“This is why we have always fought: We are willing to mix with one another, but we don’t want to become peoples of mixed race,” said Orbán, who is scheduled to speak in Dallas next week at the Conservative Political Action Conference.

Orban also appeared to make light of the Holocaust while discussing plans to reduce natural-gas demand in Europe: “I don’t see how it will be enforced — although, as I understand it, the past shows us German know-how on that, ” he said. More than 6 million Jews, along with 6 million other minorities deemed by Nazi Germany as “undesirable,” were systematically murdered during the Holocaust.

Orbán’s comments were immediately criticized by Holocaust survivors, Jewish groups and members of his own inner circle. One of her aides, Zsuzsa Hegedus, resigned from her position after Orban’s speech, calling her comments “pure Nazi text,” and comparing him to Nazi propaganda chief Joseph Goebbels.

A statement released Wednesday by the US Embassy in Budapest did not mention Orbán by name, but condemned “all ideologies, policies, and rhetoric that give oxygen to the doctrines of hate and division.”

“We must never forget that what began as racist and xenophobic rhetoric by 20th century leaders escalated, ultimately ending in the genocide of millions,” the statement said. “Human dignity and equality know no national boundaries and we affirm that the diversity of our human family is one of its greatest strengths.”

After the criticism, Orbán’s office said his comments were taken out of context. But during a joint appearance with Austrian Chancellor Karl Nehammer on Thursday, he repeated that he didn’t want “migration to become stronger in Hungary.”

“I have always held this point of view and I will continue to do so, this has no biological basis,” Orbán said. “This is not a racial issue for us. This is a question of culture. Quite simply, our civilization should be preserved as it is now.”

Orbán is still on the list of speakers expected to attend CPAC, which is being held at the Hilton Anatole in Dallas August 4-7. Other speakers include former President Donald Trump, Gov. Greg Abbott and Sen. Ted Cruz.

Representatives for CPAC did not immediately respond to a request for comment Thursday. The conference’s code of conduct forbids “discriminatory, derogatory, or demeaning speech.”