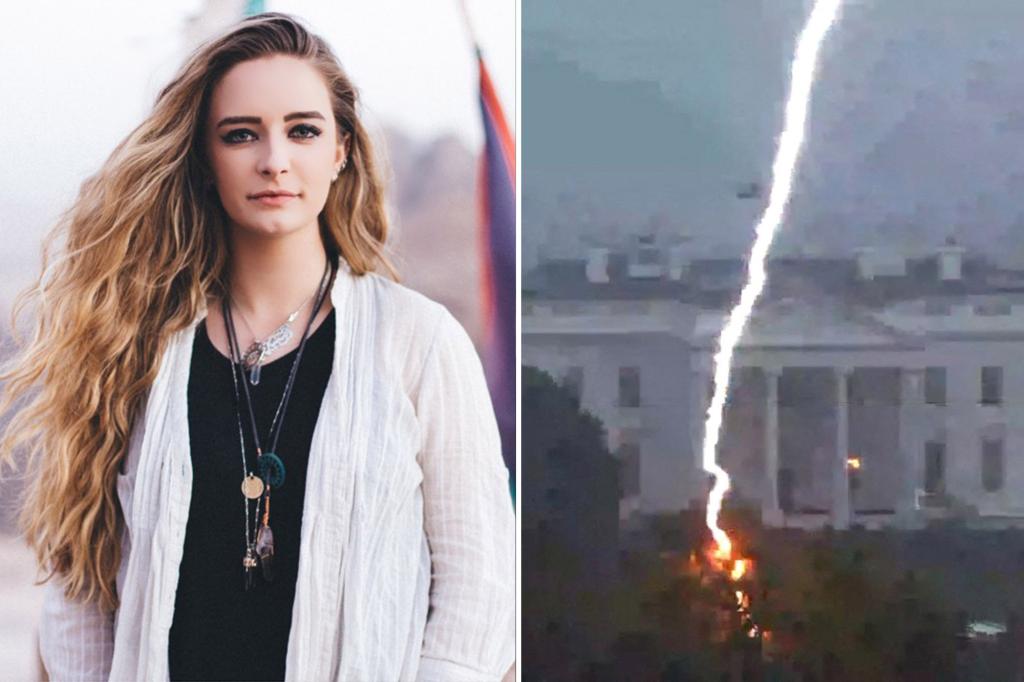 The lone survivor of the lightning strike that killed three people outside the White House was saved by quick-thinking Secret Service agents — and her Dr. Martens boots, according to her mom.

Californian student Amber Escudero-Kontostathis was struck last Thursday while raising money in Washington, DC, for refugees — even though it was her 28th birthday.

While three others were killed in the strike — including a fellow young Californian — Escudero-Kontostathis was revived by agents who raced to the scene with a defibrillator, her mom, Julie Escudero, told the Ventura County Star.

“The Secret Service men saved her,” Escudero said. “I’ve been trying to find out their names so I can personally thank them. They revived her.”

In a series of emotional Facebook updates, Escudero detailed how doctors believe the lightning that struck her daughter “went through her toes and out her left arm.”

That likely meant her daughter was saved by the thick rubber “Airwair” soles on Dr. Martens’ boots absorbing some of the impact, her mom speculated.

Escudero-Kontostathis — who was with her husband, Achilles, in DC — has already left intensive care and taken her first steps unaided, said her mom, who flew from California to be by her daughter’s side.

“The trauma doctor came up [Friday] and said she’s an ‘absolute miracle,’” her mom told the local outlet.

In her Facebook posts, Escudero also detailed how her daughter “is literally blowing all the doctors away with the progress her body is making.”

Still, she is suffering “unbearable” pain from a large burn on her stomach that makes it feel like it’s “on fire” — and is suffering crushing “survivor’s guilt” after learning the three others hit all died, her mom said.

Escudero-Kontostathis had a Monday meeting scheduled with a trauma counselor.

And she has also “made the connection to the other 3 wonderful people who passed,” her mom said, referring to bank VP Brooks Lambertson, 29, as well as James Mueller, 76, and Donna Mueller, 75, childhood sweethearts from Wisconsin their 56th wedding anniversary.

“She wants to reach out to their families,” her mom said Monday. “Ela She cares so much for others, it will be hard for her.”

Escudero-Kontostathis is also anxious about missing the start of her masters-degree course at John Hopkins at the end of this month.

Escudero said she was “beyond grateful and humbled” that friends had started a GoFundMe that as of Monday afternoon had raised more than $40,000 to help with medical costs.

“I literally fell to my knees when I saw the GoFundMe page. I truly have no words!” she said.