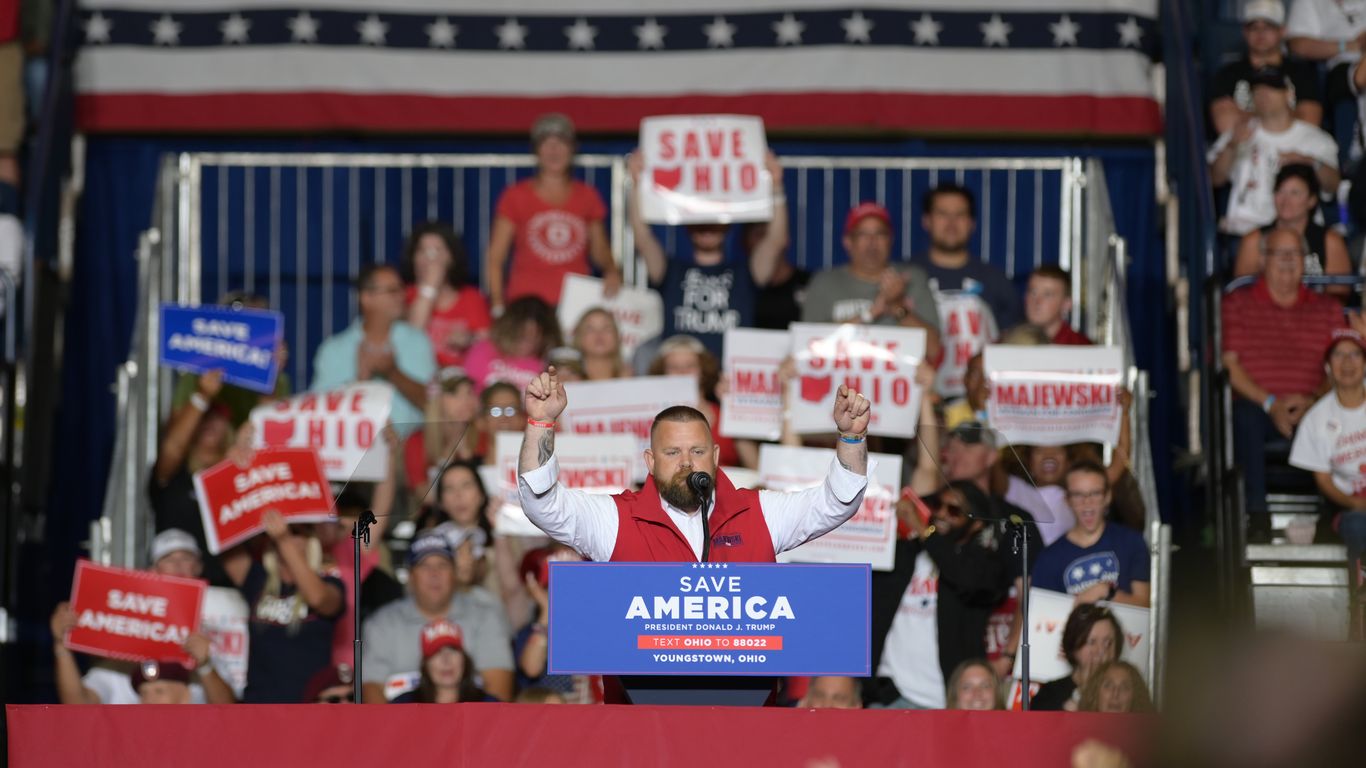 House Republicans have withdrawn their advertising for Ohio Republican JR Majewski, a MAGA-aligned candidate who was at the Capitol during the Jan. 6 riots, Axios has learned.

What’s happening: The National Republican Congressional Committee withdrew about $1 million in ad reservations for the district, according to a GOP source familiar with its strategy, all but surrendering the seat to Democratic Rep. Marcy Captur.

Why it matters: Kaptur’s redrawn district — which backed Trump by three points in 2020 — once looked like an easy pickup for House Republicans. The GOP is now at risk of squandering another race because Republican primary voters nominated an extreme candidate.

Details: Majewski, an Air Force veteran, has been under fire for sympathizing with the QAnon conspiracy theory movement and saying that every state that backed Trump in 2020 should secede from the United States.

Zoom in: Democrats have been relentlessly hammering Majewski on television over his extremist views. “He broke through police barricades at the Capitol, then blamed police for the riot. Now he wants to break our country apart,” one Kaptur ad says. “He’s not just radical, he’s dangerous!”