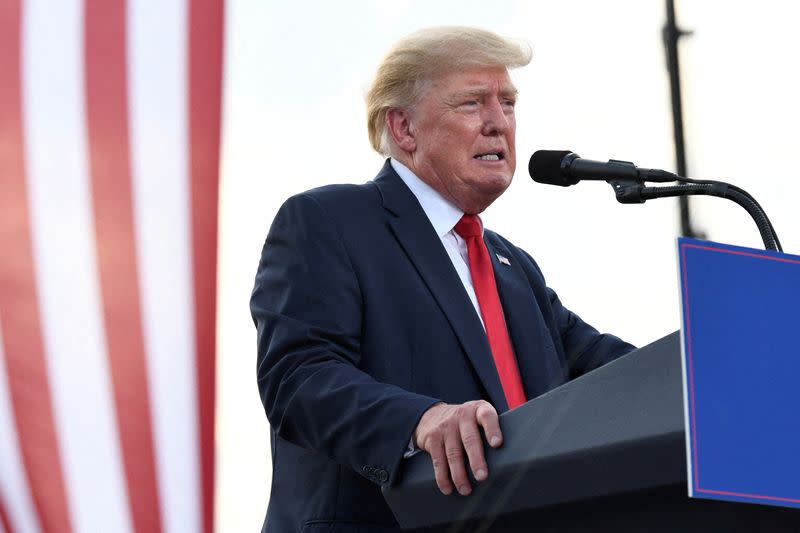 WASHINGTON (Reuters) – The US House of Representatives committee said Thursday it had reached an agreement with Donald Trump and accounting firm Mazars USA on handing over some of the former president’s financial records.

“After numerous court victories, I am pleased that my committee has now reached an agreement to obtain key financial documents that former President Trump fought for years to hide from Congress,” said Representative Carolyn Maloney, chairwoman of the Committee on Oversight and Reform.

The agreement ends litigation by Trump, the panel’s statement said.

Representatives for Trump and Mazars did not immediately respond to a request for comment.

In July, a US appeals court largely upheld a congressional subpoena seeking financial records from Trump’s accounting firm, but said some of the lawmakers’ requests went too far.

The US Court of Columbia Circuit appeals for the District-controlled Circuit appeals ruled that the Democratic House committee can obtain a period surrounding Trump’s 2016 campaign and his time in office.

The committee in April 2019 issued a subpoena seeking eight years of accounting and other financial records as part of its investigation into what Maloney called Trump’s “unprecedented conflicts of interest, self-dealing, and foreign financial ties.”

She said the agreement includes the handing over of “critical documents” that will help the panel in its investigation.

The committee’s subpoena came in response to the testimony of Michael Cohen, Trump’s former lawyer. Cohen said Trump had inflated and deflated certain assets on financial statements between 2011 and 2013 in part to reduce his real estate taxes.

The panel said it wanted to find out whether illegal actions had taken place. Cohen was sentenced to prison after pleading guilty to charges including violating campaign finance law, bank fraud, tax evasion and lying to Congress.

The July court ruling allowed the panel to obtain some records connected to the Trump hotel lease, as well as records tied to allegations that Trump violated financial disclosure laws and may have breached the US Constitution’s “emoluments” clause, which prevents federal officeholders from accepting payments from foreign governments without congressional approval.