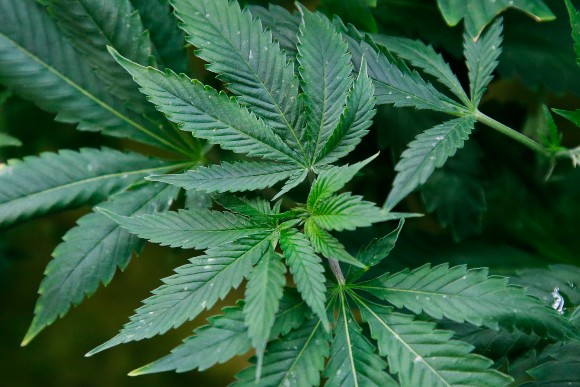 The House passed legislation on Friday to legalize marijuana nationwide and eliminate the longstanding criminal penalties for anyone who distributes or possesses it.

Lawmakers passed the bill largely along party lines, 220-204, with three Republicans joining all but two Democrats in support.

The measure now goes to the Senate, where Majority Leader Charles Schumer (DN.Y.) is working with fellow Democrats to introduce the marijuana legalization bill as soon as this spring.

But it’s not clear a bill to broadly legalize marijuana could clear the necessary 60 votes to advance in the Senate.

Schumer may not have enough support within his own Democratic caucus. At least two Democrats who represent states ravaged by the opioid epidemic, Sens. Joe Manchin (W.Va.) and Jeanne Shaheen (NH), have expressed skepticism about the proposal.

House Democrats previously passed a bill to legalize marijuana in December 2020. But that measure didn’t go anywhere in the Senate, which was still under GOP control at the time.

The bill, titled the Marijuana Opportunity Reinvestment and Expungement (MORE) Act, would clear marijuana-related convictions from people’s records and formally remove it from the federal list of controlled substances.

The legislation would also impose a federal tax on marijuana sales to fund programs aimed at helping communities harmed by the so-called “war on drugs” policies that established harsh punishments for distributing and using drugs.

The sales tax would start at 5 percent, and gradually increase to 8 percent over five years.

Proponents argued that it’s past time for the federal government to catch up to the majority of states that have legalized marijuana to least some extent.

“For far too long, we have treated marijuana as a criminal justice problem instead of as a matter of personal choice and public health,” said House Judiciary Committee Chairman Jerry Nadler (DN.Y.), the chief sponsor of the bill.

“If states are the laboratories of democracy, it is long past time for the federal government to recognize that legalization has been a resounding success and the conflict with federal law has become untenable,” Nadler said.

Before final passage, the House rejected an amendment from Rep. Jamie Raskin (D-Md.) to clarify that people can’t be denied security clearances over marijuana use due to 12 Democrats joining all but two Republicans in opposition.

Democrats further framed the measure as a way to reverse the disproportionate impact of criminalizing marijuana on racial minorities. Black Americans are nearly four times more likely than white people to be arrested for marijuana possession despite both races using the drug at roughly the same rate, according to the American Civil Liberties Union.

Republicans argue that marijuana is enough of a mind-altering substance to pose a threat to society.

Some Republicans who support legalizing marijuana opposed House Democrats’ bill on Friday, arguing there should have been a more bipartisan approach.

Rep. Nancy Mace (RS.C.) called for bringing the legislation on the House floor on Friday closer to her own marijuana legalization bill, which would limit marijuana use to people above the age of 21 and establish a lower sales tax that would not rise for ten years.

“I have incentives for states not to sell to kids or market or advertise to kids,” Mace told The Hill. “My tax is a lot lower by 3 percent. Theirs is eight after three years, and we all know that you’re going to guarantee illicit markets if you make taxes too high.”

Rep. Dave Joyce (R-Ohio), the Congressional Cannabis Caucus co-chair, wrote in an op-ed for Marijuana Moment, a publication that focuses on marijuana policy, that he would not support the bill on Friday either.

“To responsibly end prohibition, the federal government must simultaneously issue a regulatory framework that works in conjunction with states’ specifics needs. The MORE Act lacks this critical element or any meaningful and immediate regulatory safeguards at all, leaving individual states to sort out issues typically reserved for federal agencies in the interim,” Joyce wrote.

The House has passed legislation multiple times in the past year to legally allow operating marijuana businesses to access banking services and credit cards, so that they don’t have to be cash-only. So far, nine Senate Republicans have signed on as cosponsors to Sen. Jeff Merkley’s (D-Ore.) companion bill in the upper chamber for more narrow marijuana legalization.