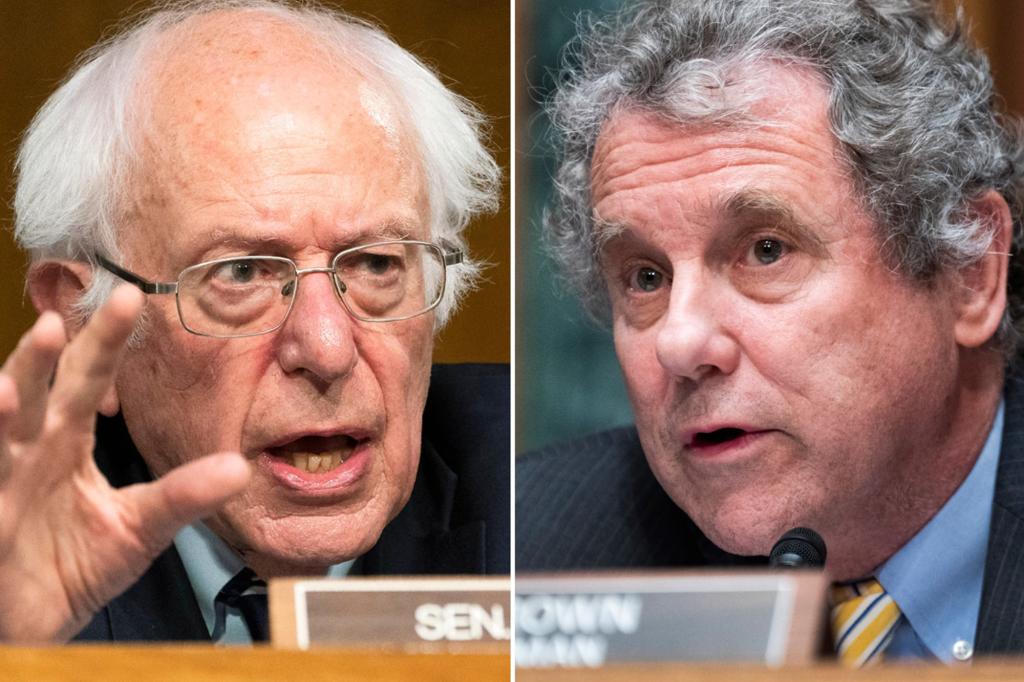 Sanders offered the amendment, which would have raised the corporate tax rate from 21% to 28%, during the “vote-a-rama” session where Democrats pushed to pass their massive tax, health care and climate bill, dubbed the “Inflation Reduction” Act.”

“This is the wealthiest nation on Earth, we should not have the highest rate of childhood poverty of almost any country,” Sanders said in remarks from the floor.

Sanders’ move to push for the tax credit of $300 per month for the next five years after it lapsed near the end of 2021, drew a pushback from Democrats he caucuses with, who noted they couldn’t support it as they focused on pushing through the full bill, which later passed 51-50, with Vice President Kamala Harris casting the tie-breaking vote.

“We know that this is a fragile arrangement, and we’ve got to pass it — as much as I’d like to do [a corporate tax increase],” Brown said.

His time elapsed but he was caught saying “Come on, Bernie!” on his mic, according to Mediaite.

The amendment failed 1-97, with only Sanders backing it.

Brown and Bennett both have longd putting the tax credit back in place, but rebuffed Sanders’ appeal because they advocated it threatened the passage of the Inflation Reduction Act, according to The Hill.

Other amendments proposed by Sanders were also overwhelmingly rejected, including greatly expanding the bill’s number of prescription drugs eligible for price negotiation under Medicare for the elderly and widening Medicare coverage for eyeglasses, hearing aids and dental care.

Sanders was less than thrilled with the overall substance of the bill.

“I want to take a moment to say a few words about the so-called ‘Inflation Reduction Act’ that we are debating this evening,” Sanders said Saturday night. “And I say ‘so-called’ by the way because according to the (Congressional Budget Office) and other economic organizations that have studied the bill it will have a minimal impact on inflation.”

Debate on the $433 billion legislation opened Saturday when Harris broke a tiebreaker in the Senate chambers, clearing a hurdle for the Senate to pass the bill and send it to the House for a vote.