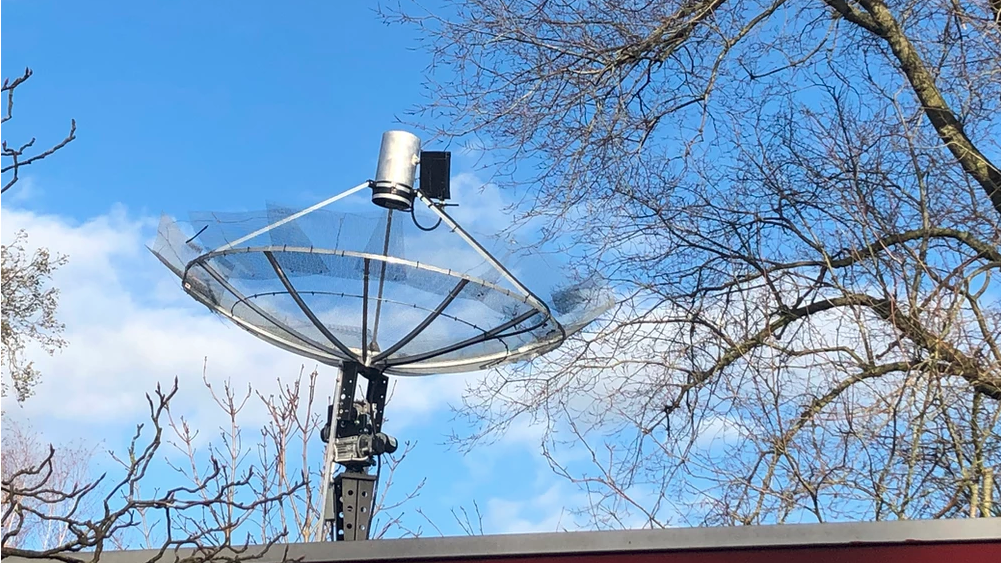 When one mulls the possibility of detecting pulsars, to the degree that one does, thoughts turn to large dish antennas and rack upon rack of sensitive receivers, filters, and digital signal processors. But there’s more than one way to catch the regular radio bursts from these celestial beacons, and if you know what you’re doing, a small satellite dish and an RTL-SDR dongle will suffice.

Granted, [Job Geheniau] has had a lot of experience exploring the radio universe. His website has a long list of observations and accomplishments achieved using his “JRT”, or “Job’s Radio Telescope.” The instrument looks like a homebrewer’s dream, with a 1.9-m satellite TV dish and precision azimuth-elevation rotator. Behind the feedhorn are a pair of low-noise amplifiers and bandpass filters to massage the 1,420 MHz signal that’s commonly used for radio astronomy, plus a Nooelec Smart SDR dongle and an Airspy Mini. Everything is run via remote control, as the interference is much lower with the antenna situated at his family’s farm, 50 km distant from his home in The Hague.

As for the pulsar, bloodlessly named PSR B0329+54, it’s a 5-million-year-old neutron star located in the constellation of Camelopardalis, about 3,500 light-years away. It’s a well-characterized pulsar and pulses up to a regular 0.71452 seconds, but it’s generally observed with much, much larger antennas. [Job]’s write-up of the observation contains a lot of detail on the methods and software he used, and while the data is far from clear to the casual observer, it sure seems like he bagged it.

We’ve quite a few DIY radio astronomy projects before, both large and small, but this one really impressed with what it’s accomplished.