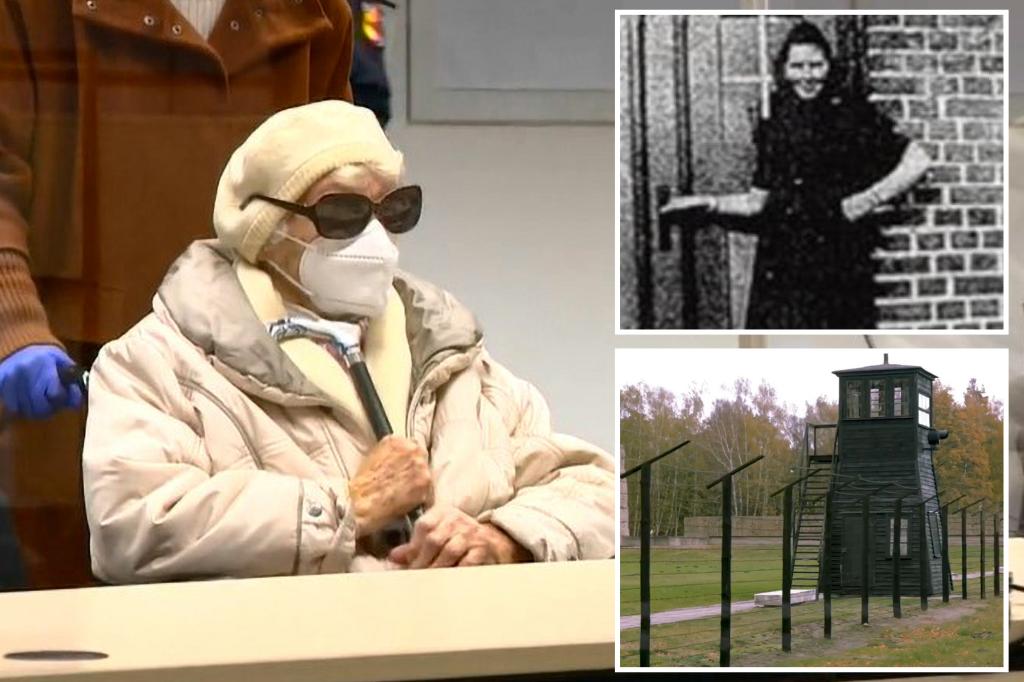 A Holocaust survivor told a shocked courtroom in Germany on Tuesday how starving inmates ate the body parts of dead prisoners to stay alive.

Speaking via video connection from her home in Australia, Risa Silbert, 93, told the Itzehoe Regional Court in Shleswig-Holstein about the daily atrocities she and other prisoners faced at the Stutthof concentration camp.

“Stutthof was hell,” she said.

“We had cannibalism in the camp. People were hungry and they cut up the corpses and they wanted to take out the liver.”

Born to a Jewish family in Klaipėda, Lithuania, in 1929, Silbert was taken to Stutthoff, in Poland, with her mother and sister in August 1944. Her father and brother were murdered by German collaborators in 1941.

While at the camp, prisoners were expected to report at 4 or 5 in the morning. Those who were too weak to stand were whipped by guards.

“None of us were addressed by name,” Silbert testified.

“We were just called ‘bastards.’”

A typhoid epidemic meant that dead bodies were everywhere. At one point, Silbert and her sister dela hid under the corpses to avoid the SS soldiers.

Silbert’s mother died of typhus in January 1945 — one of over 60,000 people who died at the camp since its founding in 1939. In mid-April of that year, as Nazi Germany’s power waned, the remaining inmates were marched 33 miles east to the city of Danzig, where they were then shipped across the Baltic Sea to Holstein.

The prisoners were liberated by British soldiers on May 3.

Silbert’s harrowing testimony is the latest development in the trial of Irmgard Furchner, who worked as a secretary at Stutthof from June 1943 through April 1945.

Now 97, Furchner is accused of assisting in the murder of more than 11,000 people during her tenure at the camp. She is being tried as a juvenile because she was under 21 at the time of the alleged crimes.

Despite the fact that she received daily letters and radio messages from Stutthof’s commander, Paul Werner Hoppe, Furchner claims she had no knowledge of the camp’s murderous designs.

Speaking to Der Spiegel last fall, her defense attorney Wolf Molkentin posited that “my client worked in the midst of SS men who were experienced in violence — however, does that mean she shared their state of knowledge?”

“That is not necessarily obvious,” he argued.

Furchner’s supposed ignorance, however, is challenged by the allegation that her husband, a former SS soldier, testified in 1954 that he was aware that prisoners were being killed at the camp.

Historian Stefan Hoerdler, another prominent voice in the case, alleged that Furchner hid SS soldiers in her apartment after the war, including Hoppe.

Hoppe, who died in 1974, served just nine years in prison in the 1950s for being an accessory to murder.

Furchner was first expected in court last September. In a handwritten letter to the judge, the nonagenarian said she wished not to appear “due to my advanced age and physical impediments.”

“I want to spare myself the embarrassments and don’t want to make myself the laughingstock of humanity,” she wrote.

Furchner’s court date further delayed when she slipped away from her nursing home outside Hamburg just hours before the trial was set to start.

Initially escaping by taxi, Furchner was apprehended a few hours later and held in custody, where a doctor deemed her fit to stand trial.

At the time, Christoph Heubner of the International Auschwitz Committee told the press that Furchner’s actions had “shown unbelievable contempt towards the state of law as well as to Holocaust survivors.”

According to the Associated Press, the case against Furchner relies on German legal precedent that any person who helped Nazi concentration camps operate can be held responsible as an accessory to the crimes committed there, even without direct evidence of participation in a specific incident.

Furcher’s private prosecution was made possible by the 2011 conviction of John Demjanjuk, a former Red Army soldier who was captured by Germans and trained as an SS guard before being stationed at the Sobibór death camp.

After an 18-month trial — during which one Nazi expert called him “the littlest of the little fishes” — Demjanjuk was sentenced to five years in prison for his role in aiding and abetting the deaths of 28,060 Jews.

The judge in Demjanjuk’s case ruled that, regardless of how small a person’s role had been, they were a “cog” in the “machinery of destruction” and should be held responsible.

Earlier this month, The Post reported on Germany’s efforts to grapple with how remaining Nazi accomplices — all of them 90 or older — will face justice for the Holocaust.

Orchestrated by Führer Adolf Hitler, the Nazi reign of terror saw the murder of at least 6 million Jews, as well as 5 million Poles, Soviet civilians and POWs, Roma, homosexuals, Jehovah’s Witnesses and Afro-Germans.

In June, the Neuruppin Regional Court sentenced 101-year-old Josef Schütz to five years’ incarceration for his role in the deaths of over 3,000 prisoners at the Sachsenhausen camp.

Like Furchner, Schütz vehemently denied the accusations. He is unlikely to serve any time in prison due to the lengthy appeals process.

But while the accused on survivor continue to try to evade justice, the testimony of paints a vivid picture of horrors inflicted.

For her part, Risa Silbert says she still bears physical scars from beatings at the camp. She also insisted that Furchner pleaded guilty to her crimes.

“If she worked as the commander’s secretary, then she knew exactly what happened,” Silbert said.