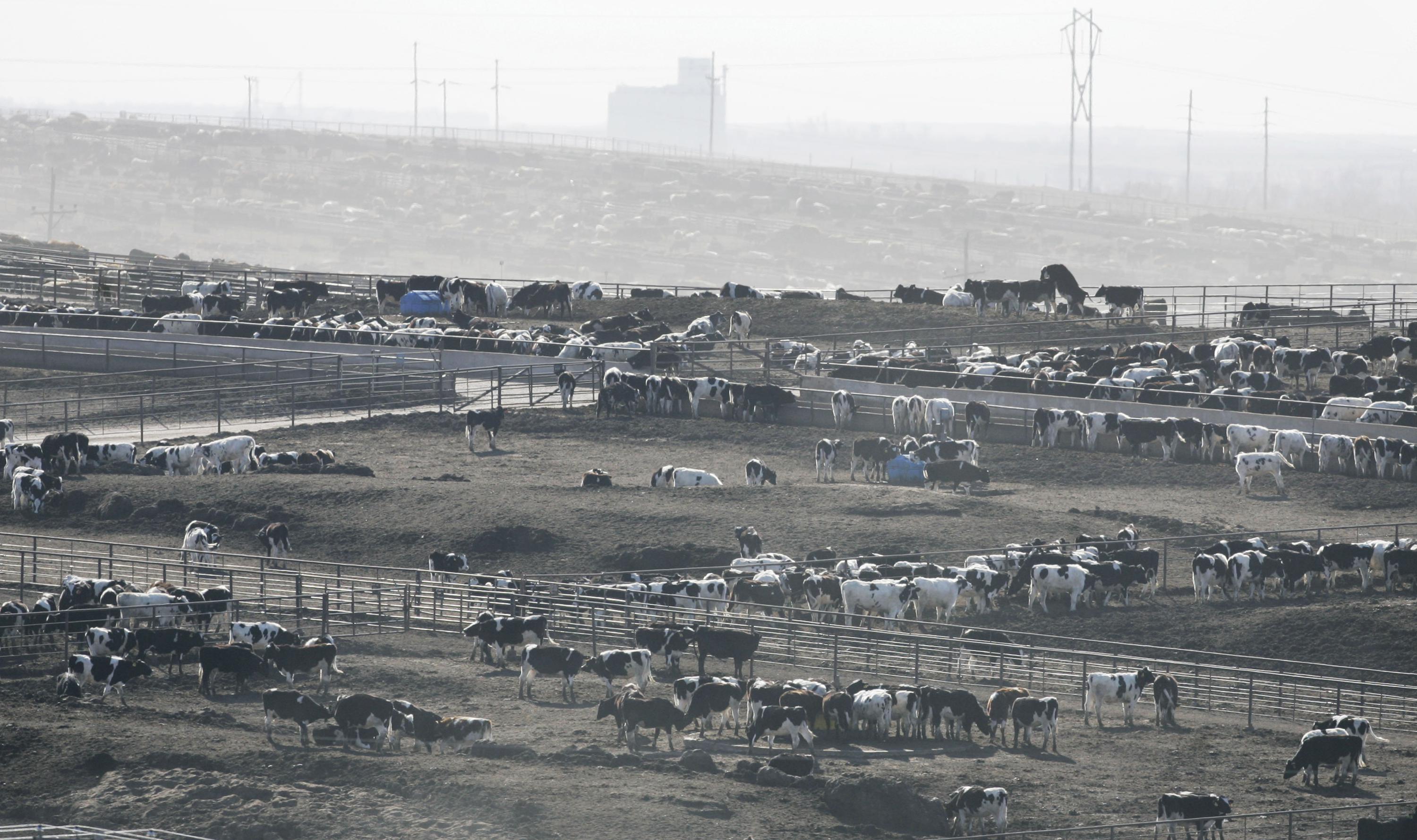 The final toll remains unclear, but as of Thursday at least 2,000 heat-related deaths had been reported to the Kansas Department of Health and Environment, the state agency that assists in disposing of carcasses. Agency spokesman Matt Lara said he expects that number to rise as more feedlots report losses from this week’s heat wave.

The cattle deaths have sparked unsubstantiated reports on social media and elsewhere that something besides the weather is at play, but Kansas agriculture officials said there’s no indication of any other cause.

“This was a true weather event — it was isolated to a specific region in southwestern Kansas,” said AJ Tarpoff, a cattle veterinarian with Kansas State University. “Yes, temperatures rose, but the more important reason why it was injurious was that we had a huge spike in humidity … and at the same time wind speeds actually dropped substantially, which is rare for western Kansas.”

Last week, temperatures were in the 70s and 80s, but on Saturday they spiked higher than 100 degrees, said Scarlett Hagins, spokeswoman for the Kansas Livestock Association.

“And it was that sudden change that didn’t allow the cattle to acclimate that caused the heat stress issues in them,” she said.

The deaths represent a huge economic loss because of the animals, which typically weigh around 1,500 pounds, are worth around $2,000 per head, Hagins said. Federal disaster programs will help some producers who incurred a loss, she added.

And the worst may be over. Nighttime temperatures have been cooler and — as long as there is a breeze — the animals are able to recover, Tarpoff said.

Hagins said heat-related deaths in the industry are rare because ranchers take precautions such as providing extra drinking water, altering feeding schedules so animals are not digesting during the heat of the day, and using sprinkler systems to cool them down.

“Heat stress is always a concern this time of year for cattle and so they have mitigation protocols put in place to be prepared for this kind of thing,” she said.

Many cattle had still not shed their winter coats when the heatwave struck.

“This is a one in 10-year, 20-year type event. This is not a normal event,” said Brandon Depenbusch, operator of the Innovative Livestock Services feedlot in Great Bend, Kansas. “It is extremely abnormal, but it does happen.”

While his feedlot had “zero problems,” he noted that his part of the state did not have the same combination of high temperatures, high humidity, low winds and no cloud cover that hit southwestern Kansas.

The Nebraska Department of Agriculture and the Nebraska Cattlemen said they have received no reports of higher-than-normal cattle deaths in the state, despite a heat index of well over 100 degrees this week.

“We have water and sprinklers here to help mitigate heat and the heat wave,” Payne said, but “we don’t have any control over that pesky Mother Nature.”