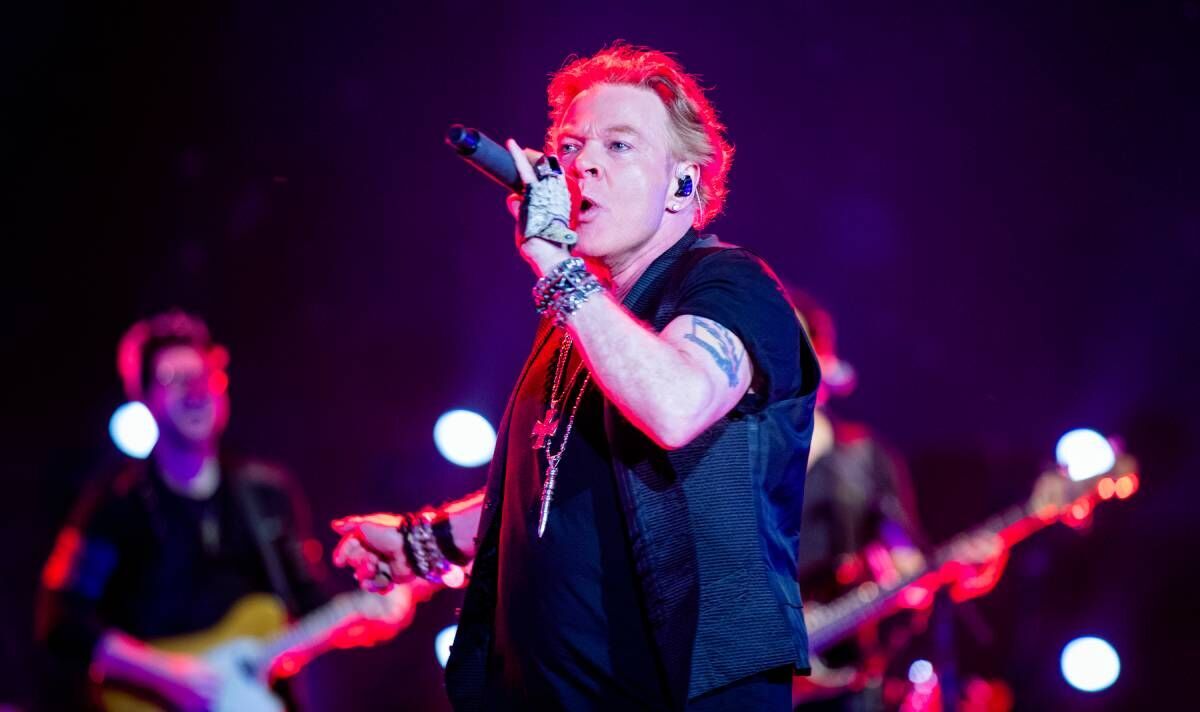 Many were locked out of the Tottenham Hotspur Stadium at 3pm due to sound system issues causing the first support Michael Monroe to cancel his slot.

An expectant crowd reaches fever pitch as the band finally emerges from backstage with their trademark bat effects evoking a sense chaos on a humid Friday night.

Opening track Its So Easy rouses a packed stadium, and shortly after Chinese Democracy and Welcome To The Jungle wreak havoc, the latter sending everyone hysterical with Axl’s virtuoso vocals as impressive today as ever.

Battling sound complaints from fans near the front claiming they can’t hear Axl’s lyrics, he appears the crowd by quipping he’s known as “Axl the Accommodator”, hinting at the fact he’s trying to deal with the issue with technicians during Estranged.

At this point, Axl is Full of anger and adrenaline, and soldiers on with their emphatic version of Live and Let Die proving why they still fill stadiums worldwide after all the years of turmoil.

Long-time favorite ‘Civil War’ feels like an antidote for our troubled times, flowing expertly into a mammoth Slash solo then that timeless Sweet Child of Mine where they are joined by the charismatic Carrie Underwood on vocals, the band sounding just as irresistible as they did in their peak on their release.

Anthems November Rain and Knockin’ on Heaven’s Door are met with sheer delight, the whole stadium lit beautifully by a sea of ​​bright white lights, the 70,000 plus punters here lost in pure emotion.

For their short but sweet encore, Patience starts with a superb Blackbird cover by The Beatles.