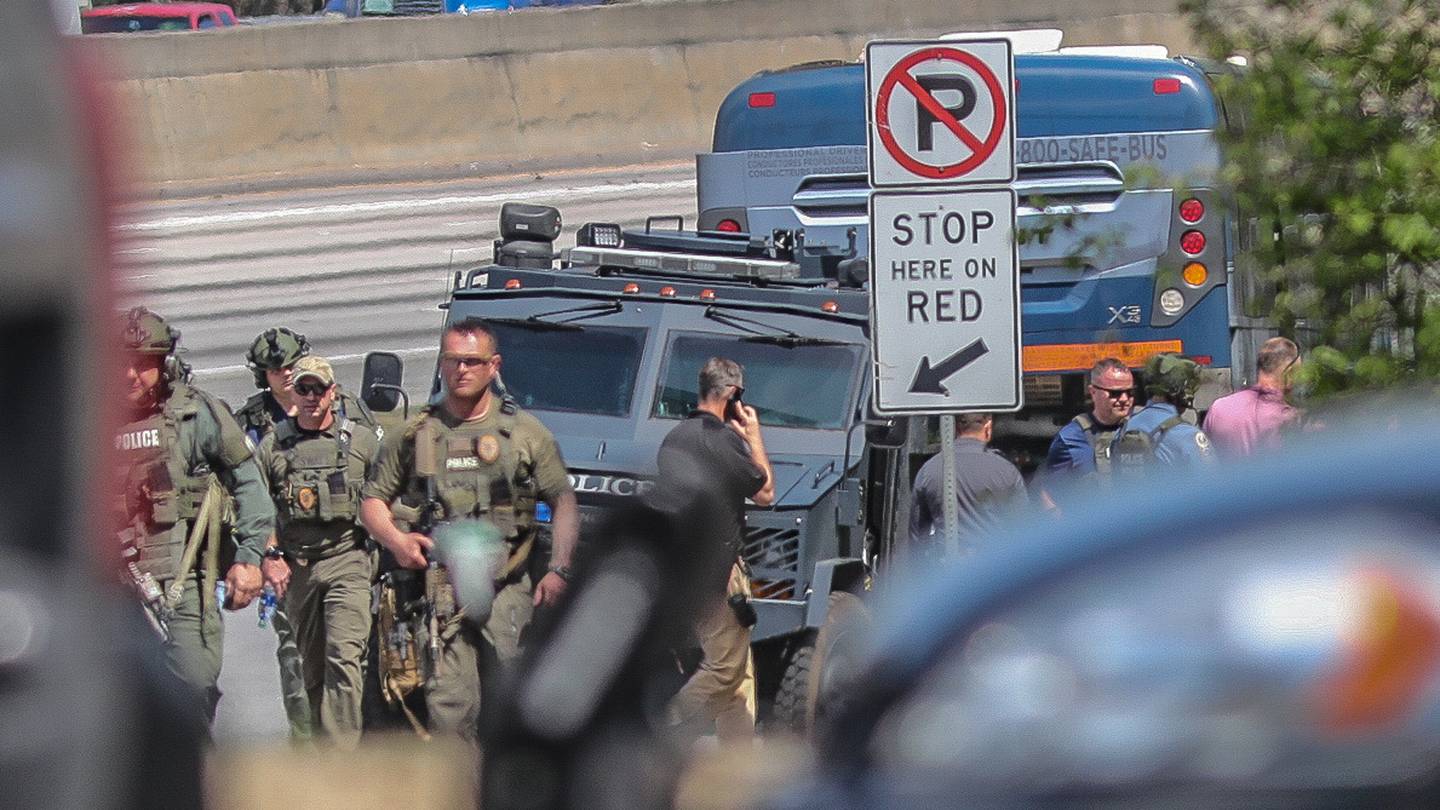 GWINNETT COUNTY, Ga. — A gunman who barricaded himself inside a Greyhound bus on I-85 has been taken into custody, according to Gwinnett County police.

The incident, which started around 9:30 am, prompted a SWAT response and shut down the highway between Indian Trail and Beaver Ruin roads for hours in both directions.

Lanes are now back open and traffic is flowing.

Channel 2’s Tony Thomas was in Gwinnett County, where police said the man had been behaving erratically and at some point, he produced a handgun.

The driver stopped the bus on an onramp, where passengers scrambled to get out.

a passenger awning Channel 2 Action News that he woke up to find people scrambling to try to escape from the bus. He said he climbed out of the window and other passengers scrambled out of a hatch on the roof.

“People went to the top and then they jumped out of the bus,” he said.

The passenger said he thought the driver locked the bus from the outside so that the passengers couldn’t escape.

Gwinnett County police said all 30 passengers as well as the driver safely evacuated.

Police said SWAT teams determined the man was having some sort of behavioral health crisis. It’s unclear if he will face any charges. He has not been identified.

[RELATED: How to avoid the I-85 shutdown caused by SWAT standoff]

Live GDOT cameras at the scene showed a number of SWAT officers surrounding the bus and massive traffic backups the drivers were amused onto side streets.

“We can confirm an incident has occurred on schedule 1076 this morning in Norcross, Georgia headed from Atlanta to New York City. We are working closely with local authorities to ensure the safety of our passengers and driver. We have no further comment at this time.”

Police said that the gunman never issued any clear demands.

Officers are checking the bus to make sure there are no suspicious devices on board.

Another bus is en route to pick up passengers so they can continue to their destination.