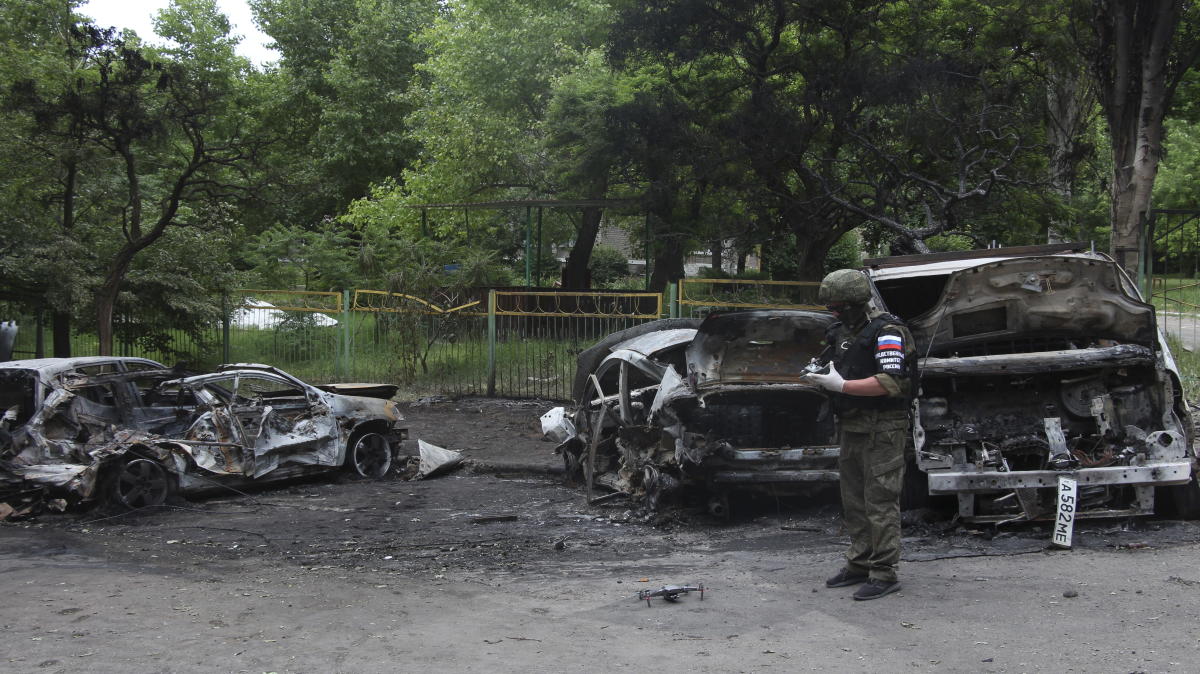 The Kremlin-backed mayor of the Ukrainian town of Enerhodar was standing on his mother’s porch when a powerful blast struck, leaving him critically wounded. A week later, about 75 miles away, a car packed with explosives rocked the office of another Russian-appointed official in the occupied southern city of Melitopol.

In a rarity, both Ukrainian and Russian officials confirmed the blasts, which struck deep inside Russian-controlled territory. And both explosions appeared to be the work of what analysts say is a growing partisan resistance movement — one fueled by increasingly brutal Russian repression and worsening humanitarian conditions.

By their very nature, the clandestine activities of any insurgency are murky and often impossible to verify independently. It is as much in the interest of Ukrainians to play up talk of rebellion as it is for Russians to play it down.

Sign up for The Morning newsletter from the New York Times

But the explosion that injured the Enerhodar mayor, Andrei Shevchik, is one of more than a dozen high-profile attacks in recent weeks that analysts say increased partisan activity aimed at Russian occupation forces in the Kherson and Zaporizka regions of southern Ukraine.

Stretching ten of thousands of square miles from eastern Ukraine to Russian-occupied Crimea and into Russia itself, those regions were among the first to fall under Russian control following the invasion of Ukraine in late February. Many of their towns and cities were spared the wholesale destruction unleashed by Russian forces elsewhere. In recent days, Ukrainian forces have launched a series of counterattacks in the regions.

In the past month, Ukrainian partisans claim, insurgents have attacked Russian trains and killed Ukrainian dozens of Russian soldiers, as well as supporting the military’s counterattacks. Their claims are impossible to independently verify. The partisans also established a virtual Center of National Resistance, which features instructions for things like setting up ambushes and what to do if arrested.

Alexander Motyl, a historian and Ukraine expert at Rutgers University, has publicly scoured available statements about possible insurgent activity. He said that the data suggests it is growing.

“It is, of course, possible that Ukrainian special forces may have been involved in some of these actions; it is also likely that the data is incomplete,” he wrote for the online journal 1945. “Even so, the number of guerrilla actions is impressive and bespeaks a trend toward ever-greater partisan activity.”

The explosion in Enerhodar and the intrigue that has followed how Russian efforts to combat insurgency might be deepening the resolve of the partisans.

Enerhodar had a population of 50,000 before the war and was home to many of the people who work at the Zaporizhzhya Nuclear Power Plant, Europe’s largest. Residents erected wooden barricades on the road leading into the town in the first week of the war but they proved no match for Russian tanks. Russia took control of the town and named Shevchik mayor.

Then came the blast, which Russia’s RIA Novosti news agency reported May 22, citing an emergency services source in the city. Ukrainian officials confirmed the incident from their own sources and said that it appeared that the mayor was targeted.

Dmytro Orlov, whom Ukraine recognizes as the legitimate mayor of Enerhodar, wrote on Telegram that Russians are trying to tackle the budding insurgency by targeting regular civilians. He said that “the number of abductions of locals has increased significantly” since the explosion involving Shevchik, and that the humanitarian crisis has worsened.

There is almost no Ukrainian currency left in Enerhodar, Orlov said, adding that since the occupied forces are trying to make Russia’s ruble the only currency, prices for everyday household products have climbed “sky-high.” Reports of Russian soldiers looting mostly abandoned homes are on the rise, while communications in and out of the city have been severed, he said.

All this, Orlov said, will cause the ranks of the partisans to grow.

“Even those citizens who had a neutral attitude to the invaders in the beginning are starting to show dissatisfaction with the Russian occupation,” he said.

It appears Orlov is not alone in thinking that partisans will continue to pose a threat to Russia’s proxies.

Shevchik’s Russia-appointed replacement, Ruslan Kirpichov, erected concrete blast walls outside the hotel where he is living, according to Energoatom, the Ukrainian state enterprise responsible for operating the town’s power stations. It posted a photo of the barricades on its Telegram channel.