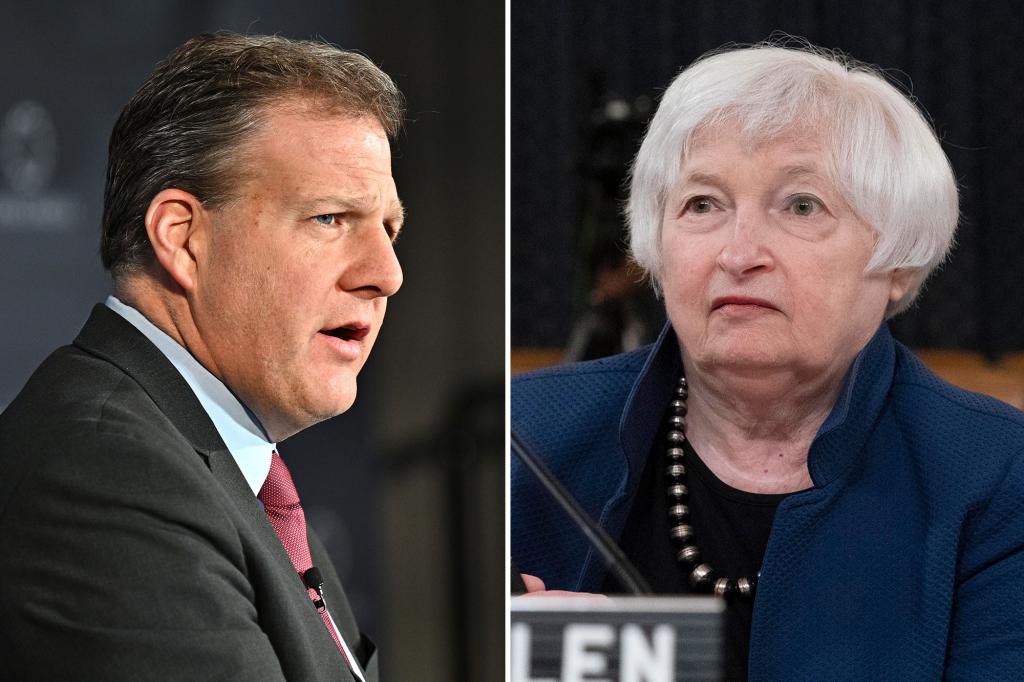 Gov. Chris Sununu, the Republican governor of New Hampshire, on Sunday said if he were president he would fire Treasury Secretary Janet Yellen for misleading the American people about inflation.

​”​I would fire the Treasury secretary. I think she’s completely misled America, because she didn’t want to kind of own the bad news. But that’s part of public service. You got to own the good with the bad. You got to ease folks into it and present a glide path,” Sununu said on CNN’s “State of the Union.”

Inflation has remained at a four-decade high, gas and food prices are still hitting consumers’ pocket books — and those economic woes are expected to be among the issues front and center in November’s midterm elections that could decide who controls Congress.

Yellen, after ​insisting that inflation was “transitory” last year, fessed up during an interview on CNN in May and admitted that she was “wrong.”

“I was wrong then about the path that inflation would take,” she said. “As I mentioned, there have been unanticipated and large shocks to the economy that have boosted energy and food and supply bottlenecks that have affected our economy badly that I, at the time, didn’t fully understand, but we recognize that now. ”

Sununu also accused a recession is on the horizon, slamming Yellen for saying that outcome was “not inevitable.”​​​

“You cannot add $5 trillion onto America’s balance sheet and just hope it goes away. The recession is coming. The Fed, I think, has known this for a while. They have kind of ignored it. They should have been easing us into the right rates and where we need to go over a year ago,” he said.

“You had a Treasury secretary who was saying, oh well, it’s not inevitable,” Sununu continued. “Of course, it’s inevitable. You don’t need four years at Dartmouth economics to know that, when you add that $5 trillion, there has to be some outcome.”

The governors acknowledged that gas prices are beginning to subside after hitting around $5 a gallon on average, but he also noted that home heating costs are expected to sound to record rates this winter adversely affecting low-income families and others on fixed incomes.

“And that reality is going to come to bear at the toughest times, right? We have high energy prices now. It costs twice as much to fill your gas tank. It costs about twice as much to create baseload generation,” he said. “And all of that really comes to bear. And it’s not going away anytime soon.”