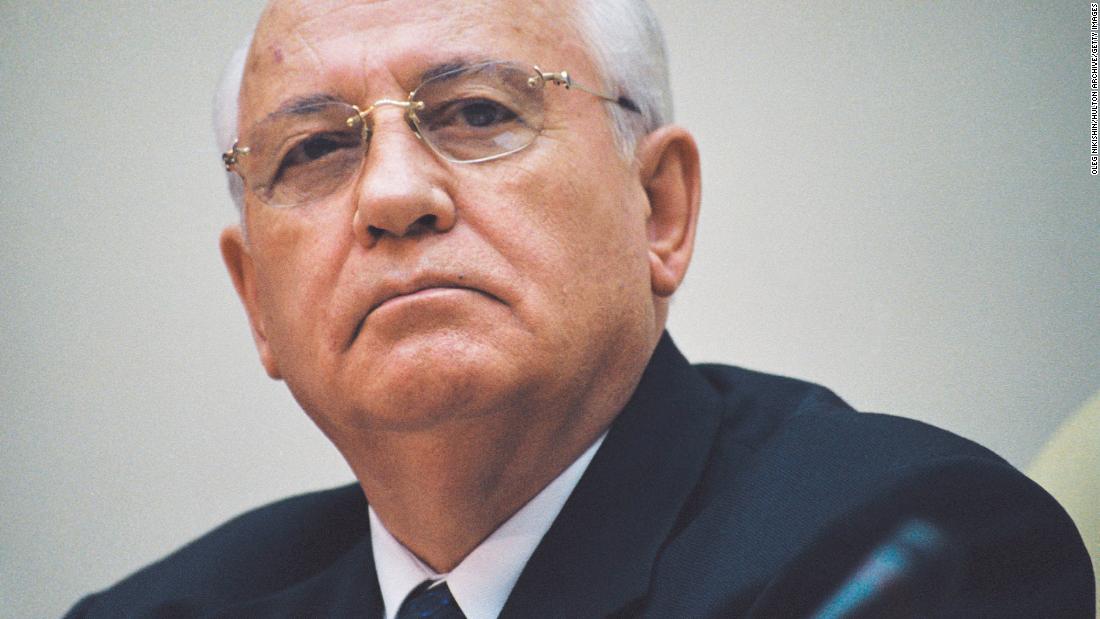 Spokesman Dmitry Peskov said “Putin’s work schedule will not allow him to take part in the farewell ceremony for Gorbachev on September 3,” adding that the Russian President visited the Central Clinical Hospital today to pay his respects to Gorbachev, laying flowers by the coffin.

A farewell ceremony for Gorbachev, which will be open to the public, is due to take place on Saturday, followed by the funeral later on the same day at Moscow’s Novodevichy Cemetery.

It is unclear whether Gorbachev, who is credited for helping to end the Cold War, will be honored with a state funeral. In a stark contrast to the Kremlin’s actions following the death of the former President Boris Yeltsin in 2007, the Russian government did not announce any plans for a state funeral when it released a statement on Gorbachev’s death on Wednesday.

“There will be elements of a state funeral,” Peskov said Thursday. “There will be a guard of honor, and a farewell ceremony will be organized. The state will assist in the organization,” he added, without providing an explanation or details on how this would differ from ordinary state funerals.

Gorbachev will be buried next to his wife Raisa, who died in 1999, Russian state media RIA Novosti said earlier this week, citing the Gorbachev foundation. The historical cemetery is the final resting place of many notable Russians including the writers Mikhail Bulgakov, Anton Chekhov and Nikolai Gogol, composers Sergei Prokofiev and Dmitri Shostakovich and former leaders Yeltsin and Nikita Khrushchev.

Gorbachev grew more critical of Putin and his increasingly restrictive regime in recent years, as he traveled the world promoting free speech and democracy as part of his foundation. Meanwhile Putin blamed Gorbachev for the demise of the USSR, which he considers the “greatest geopolitical catastrophe” of the 20th century.

And while Gorbachev himself did not comment on Putin’s decision to invade Ukraine, his foundation called for peace negotiations, saying “there is nothing more precious in the world than human lives.”

Only a handful of modern Russian leaders were not granted state funerals. The last to be denied the honor was Khrushchev who was deposed in 1964 following his attempts to roll back Stalinist reforms and who died after living in seclusion in 1971. His funeral was held in semi-secrecy because Soviet authorities were worried about protests.

Putin’s reaction to Gorbachev’s death couldn’t have been more different than after the death of Yeltsin, the man who handpicked him as his successor when he was a little-known former KGB agent.

When Yeltsin died in 2007, Putin almost immediately established a special commission tasked with organizing a state funeral, declared a day of national mourning and ordered flags to fly half staff.

Meanwhile, Gorbachev is unlikely to get many foreign VIP guests at his funeral.

In retaliation for western sanctions, imposed on Russia by western countries over the war on Ukraine, Moscow has banned hundreds of foreign officials from entering Russia.