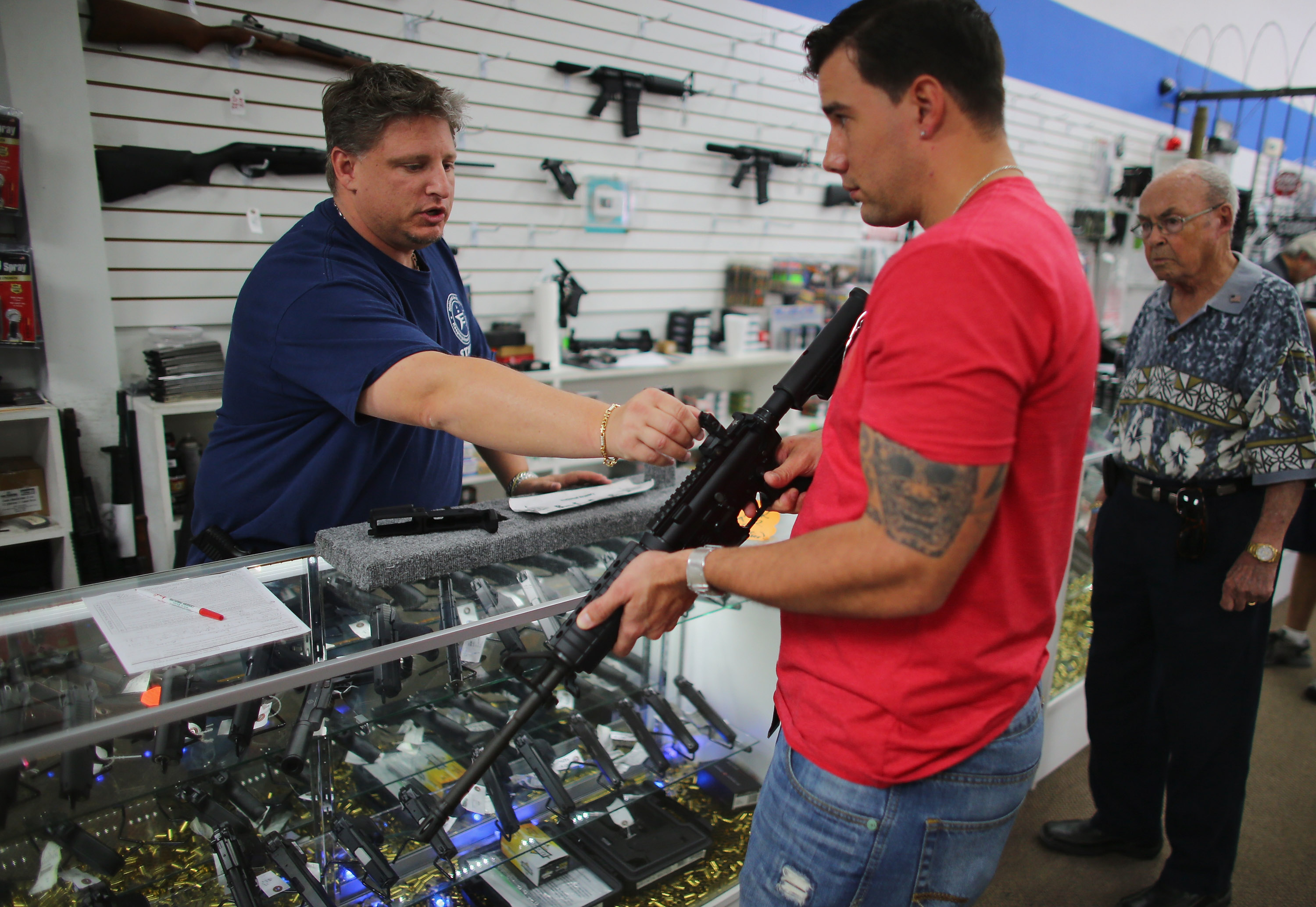 “There’s a desire to find a place where you can find 60 members willing to do something. But I think the ‘something’ is the hard part,” said Missouri Sen. Roy Blunt, the No. 4 GOP leaders.

Blunt said he intended to prompt a full discussion among Senate Republicans on Tuesday afternoon, but even then it may take days to gauge where the votes lie. There’s no set deadline to act on gun safety, but both Murphy and Cornyn said they weren’t interested in long-running negotiations after a shooter killed 19 children and two teachers in Texas two weeks ago.

“My goal is to get agreement this week. But I don’t feel any deadlines being put upon me in these negotiations. We’re going to pay a price with the American public if we don’t come up with a deal soon. The pressure I feel is from the people I represent,” Murphy said on Monday.

After meeting with Cornyn and Sinema, Murphy said the negotiators “continue to make progress” but added: “We have work to do with our colleagues this week to make sure what we’re talking about can get 60 votes.”

Nine years after Sens. Pat Toomey (R-Pa.) and Joe Manchin (DW.Va.) struck an agreement to expand background checks that most Republicans rejected on the Senate floor, the current bipartisan group is focused on significant yet more modest reforms that can win 60 votes in the chamber. One proposal under discussion is changing background checks for people younger than 21 — by opening up their juvenile records to more scrutiny or enacting a waiting period for their firearm purchases — according to one person with direct knowledge of the talks.

Cornyn confirmed that the proposal is being discussed but said it’s just one of many options. “It seems to me that if … you have mental health problems, if that happened when you’re a juvenile … maybe there’s some way to get access to that information to inform the background check system.”

The small-group talks are fluid, and in the final decision has been made. But if successful, such an idea would amount to the most substantive reforms to the background checks system in decades. In the evenly divided Senate, any such proposal would need the support of at least 10 Republican senators, a high bar that members in the gun safety group still think could be achievable.

Senate Minority Leader Mitch McConnell is close to Cornyn and on Monday continued to encourage the talks, meeting with the Texan one-on-one in the afternoon. McConnell said “I hope so” when asked about the prospects of an agreement this week.

Senate Majority Whip Dick Durbin (D-Ill.) on Monday stressed the importance of a deadline on the negotiations, referencing the still-stalled talks on Democrats’ signature climate-and-jobs bill. He said “the failure to have a real finite deadline led us on and on and on month after month and we ended up empty handed.”

“I’m trying not to be cynical about it,” Durbin added of ongoing negotiations. “The problem is so overwhelming, I’m afraid we are going to fall short of what I believe we should do. But I don’t want to give up on any step forward to reduce gun violence.”

The group is also looking at providing states with more resources to set up so-called red flag laws that allow law enforcement to temporarily confiscate firearms from any individual deemed a threat to himself or others. Lawmakers are also discussing how much money to provide for new mental health programs and to increase school security.

Cornyn said the idea of ​​raising the age for buying firearms from 18 to 21 is “controversial, but that’s being discussed.”

There are other senators involved in the talks. In addition to Murphy, Sinema, Manchin and Toomey, a larger group includes Sens. Susan Collins (R-Maine), Martin Heinrich (DN.M.), Bill Cassidy (R-La.), Lindsey Graham (RS.C.) and Richard Blumenthal (D-Conn.). Murphy suggested that the larger group will get together “in the next day or two.”

The Democratic caucus and Republican conference will hold larger discussions on the topic starting on Tuesday.

Some Republicans might be able to stomach portions of a gun package, though perhaps not all of it. In a recent interview, Sen. Marco Rubio (R-Fla.) said that he could support expanding threat assessments, making it easier for states to pass their own red flag laws and making permanent federal guidelines for safe schools.

But he dismissed the impact of expanded background checks and said raising the age to buy some firearms to 21 could prompt constitutional questions: “We don’t even know if this is constitutional, it can be struck down. So I don’t think there’s any single proposal that solves all of this.”

One Republican senator, speaking candidly on condition of anonymity, said it may take several discussions over multiple days among GOP conference members to figure out which proposal can actually win over a significant chunk of them. Urgency to act often subsides on Capitol Hill as the memories fade over recent shootings, and it’s been nearly two weeks since the Uvalde shooting.

Cornyn on Monday warned against setting an “arbitrary” timeline. Democrats are worried that Republicans will want to hold negotiations open longer than Democrats believe it is necessary to clinch a deal. Senate Majority Leader Chuck Schumer said last month that he would give senators some room to work out a compromise, but also said the Senate will eventually vote on gun safety legislation.

“Time is their biggest enemy, because there are so many other issues that the public is concerned about,” said Sen. Chris Coons (D-Del.) in a recent interview. “There’s the onrush of the fall elections, there’s the natural difficulty passing any compromise legislation in the Senate and there’s the distraction of lots of other issues.”