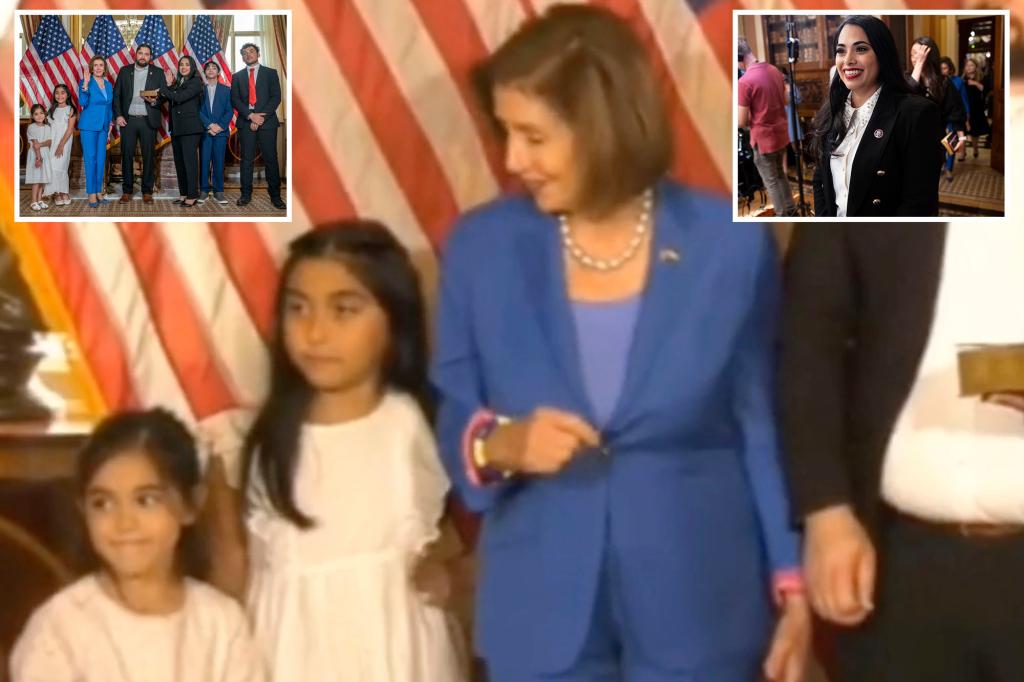 The GOP congresswoman who accused the footage Nancy Pelosi of shoving her daughter aside during a photo op says the little girl didn’t it at the time because she was “so later” — but the mom recalled feeling “disgusted” when she saw saw .

Rep. Mayra Flores (R-Texas) leveled the shoving accusation at the top Democrat on Sunday after footage from her swearing-in ceremony last week was shared widely on social media.

The newly elected congresswoman told Fox News’ Sean Hannity Monday night that she spoke to her daughter after the ceremony, but the child “was so focused on the event that she honestly didn’t see what had just happened.”

“She kept on smiling and didn’t allow that to ruin such a special moment so I’m very proud of her, she is a queen,” she added.

Flores said she noticed her daughter being “pushed” when she later watched footage of the ceremony.

“I saw it afterwards and yes, I was very disappointed and very disgusted by it. No child should be pushed aside for a photo,” she said.

The video in question showed Pelosi standing alongside Flores’ daughter as the speaker waved over the family’s pastor for a photo during the ceremony.

Pelosi could be seen glancing down at the girl and extending her elbow just as the child scooched over.

While it isn’t clear from the footage if Pelosi makes contact with the girl, a number of conservative commentators accuse the top Democrat of elbowing Flores’ daughter.

Pelosi’s spokesperson on Monday accused the media of misrepresenting the video — insisting the speaker was trying to make sure the little girl “wouldn’t be hidden.”

“It’s sad to see ‘news outlets’ that know better misrepresent the Speaker’s effort to ensure Rep. Flores’ daughters would not be hidden behind her in all of the photos of such an important moment for her family, ”Pelosi’s deputy chief of staff, Drew Hammill, tweeted.

The spokesperson then doubled down and shared additional footage that he said showed Pelosi “graciously greeting Rep. Flores’ children and telling them about the room they are in.”