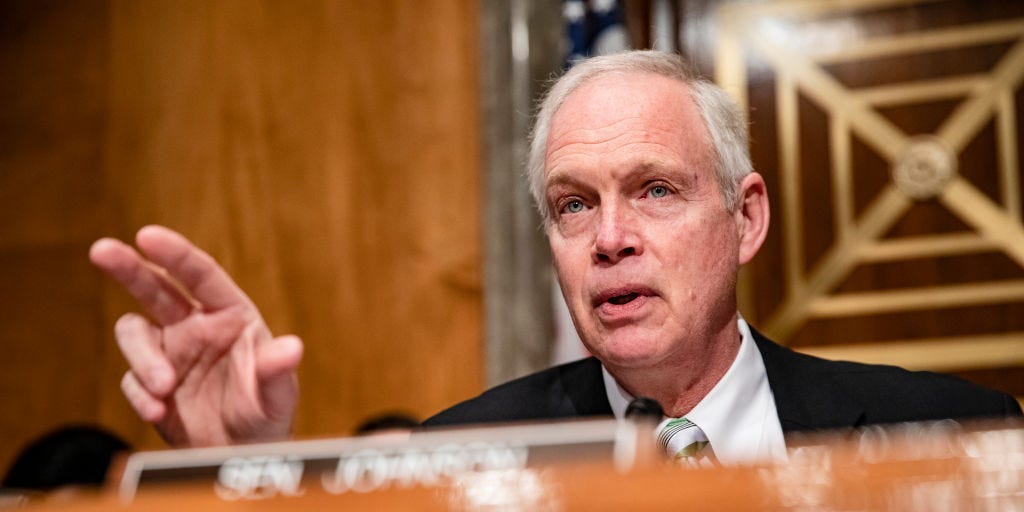 GOP senators sought to blame Senate procedure for their move to kill a proposed monthly cap of $35 for insulin.

The response came after 43 Republicans voted against the measure, causing it to drop out of the huge spending bill that passed the chamber on Sunday.

Few of the 43 Republicans commented on why they removed the measure.

Sen. Ron Johnson of Wisconsin was one — writing that he objected to the measure as a “gotcha” vote, instigated by Democrats to trap Republicans in a politically unpopular vote.

“Lying Dems and their friends in corporate media are at it again, distorting a Democrat “gotcha” vote,” he tweeted.

“In reality, the Dems wanted to break Senate rules to pass insulin pricing cap instead of going through regular order. They put this in a bill it wasn’t allowed in, all for show.”

Instead he suggested an alternative Republican price-capping measure that Democrats had rejected as too modest.

Similarly, Senate Minority Whip John Thune told reporters ahead of the vote that Democrats “wanted to tempt us to, I guess, vote against it.”

The rule Johnson referred to was a decision by the Senate parliamentarian that the insulin cap, proposed by Democratic Sen. Raphael Warnock, was not eligible to be considered under the same rules as the rest of the package.

The procedure in question is known as budget reconciliation, and allows certain financial measures to pass with 50 votes instead of 60. In this case most of the Democratic proposals bar the insulin one were allowed to proceed like that.

While they were correct that the measure was deemed ineligible under the 50-vote rules, neither Johnson nor Thune acknowledge that the measure could have been kept anyway had 10 Republicans wanted to support it.

Warnock pre-emptively laid the blame for the measure not passing with Republicans.

“The only way it doesn’t pass is if folks on the other side of the aisle decide to block it,” Warnock told The Washington Post.

Democrats had rejected an alternative price-capping measure proposed by Republicans as too modest.