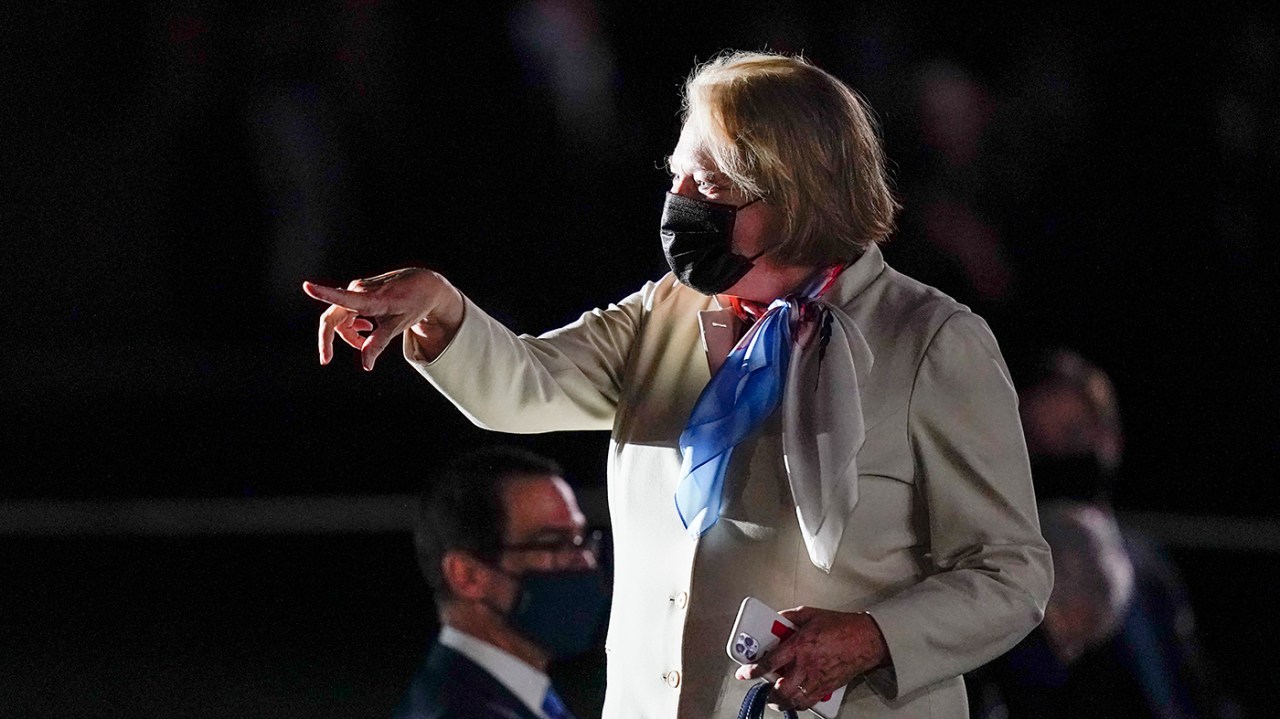 Ginni Thomas’s close ties to members of the powerful circle of conservative legal elites centered around her husband, Supreme Court Justice Clarence Thomas, has raised questions about the role their overlapping professional network played in her effort to overturn former President Trump’s loss in the 2020 election.

In a new book out Tuesday, Ginni Thomas provided a window into her years-long effort to cultivate and nurture relationships with and among her husband’s former Supreme Court clerks.

Among Clarence Thomas’s former clerks is lawyer John Eastman, a key figure in the House Jan. 6 select committee’s probe, whose communications with Ginni Thomas after the 2020 election have drawn attention from congressional investigators who last week asked her to testify before the panel.

The book, “Created Equal,” a companion text to filmmaker Michael Pack’s 2020 documentary by the same name and co-edited by attorney Mark Paoletta, contains interviews with Clarence and Ginni Thomas conducted over 2017 and 2018, portions of which were previously unreleased.

In it, Ginni Thomas discusses her efforts to build “connective tissue across the years” among Clarence Thomas’s former law clerks. She describes a recent summer retreat in Utah where the Thomases gathered with former clerks and their families, as well as her work to create a directory for clerks to stay in touch as they raise families and rise through the legal ranks.

“It’s a joy for us to have hundreds of young people and now middle-aged people, all former clerks, sprinkled around the country who are doing amazing things, both personally and professionally — judges, and teachers, and lawyers, and even housewives who are spending their time with their children,” she adds. “It’s really exciting to watch what they’re doing.”

As part of her effort to overturn the 2020 election results, Ginni Thomas communicated with at least two mutual contacts of Clarence Thomas: Eastman, his former clerk, and an Arizona lawmaker who is married to a former colleague of the justice’s.

This correspondence reflects a years-long pattern in which Ginni Thomas’s political activity has overlapped with her husband’s judicial position, raising ethical questions about his impartiality amid her work.

During the post-election time frame, Clarence Thomas declined to refuse himself from numerous pro-Trump legal challenges that contested the 2020 results. And earlier this year, he cast the lone dissenting vote from a Supreme Court ruling that cleared the way for the House select committee probing the Jan. 6, 2021, insurrection to obtain Trump White House records.

The ethical questions surrounding Clarence Thomas have intensified the new details of his wife’s aggressive effort to help overturn Trump’s electoral defeat have continued to emerge.

Last week, it was revealed that Ginni Thomas had exchanged emails with Eastman, the author of two legal memos for the Trump campaigning that then-Vice President Mike Pence was authorized to refuse to certify Joe Biden’s win in the 2020 presidential election.

The Washington Post, which reported on the existence of the email correspondence, did not provide details on their contents.

Neither Ginni Thomas nor a lawyer for Eastman immediately responded to a request for comment.

Soon after the report, the House Jan. 6 committee asked Ginni Thomas to speak with the panel. Ginni Thomas told The Daily Caller last week that she was eager to speak to investigators.

“I can’t wait to clear up misconceptions,” she told the outlet, which reported that she did not specify what those misconceptions might be. “I look forward to talking to them.”

The committee had previously said it would abstain from attempting to speak with Thomas after news that she also texted with Trump chief of staff Mark Meadows about efforts to keep Trump in office.

Those reports revealed that in the weeks following the 2020 election, Thomas exchanged dozens of text messages with Meadows that appeared to show her strategizing over how to bypass the will of American voters and install Trump for a second White House term despite his loss to Biden, an outcome she described as an “obvious fraud” and “the greatest heist of our history.”

Thomas also reportedly urged 29 Arizona lawmakers to intervene after Trump’s electoral defeat in the state, pressing them to set aside Biden’s slate of electors and put forth “a clean slate of Electors,” according to The Washington Post.

One of the recipients, Russell Bowers, Speaker of the Arizona House, is scheduled to appear before the Jan. 6 committee on Tuesday.

Jan. 6 committee is telling a story, but plenty of gaps remain Signs of tension rise between Justice, Jan. 6 panel

Another Arizona Republican who received a Nov. 9, 2020, email from Thomas that urged the lawmaker to “fight back against fraud” was Shawnna Bolick, a state House member who served on the elections committee in 2020. Bolick’s husband, Clinton Bolick, is a former colleague of Clarence Thomas’s, who is godfather of one of the Bolick’s sons.

According to the Post, Shawnna Bolick wrote back to Ginni Thomas on Nov. 10, “I hope you and Clarence are doing great!”

Bolick told the Post she received tens of thousands of emails after the election and responded to Thomas the same way she did to other correspondents, by advising them on how to submit a voter fraud complaint in Arizona.