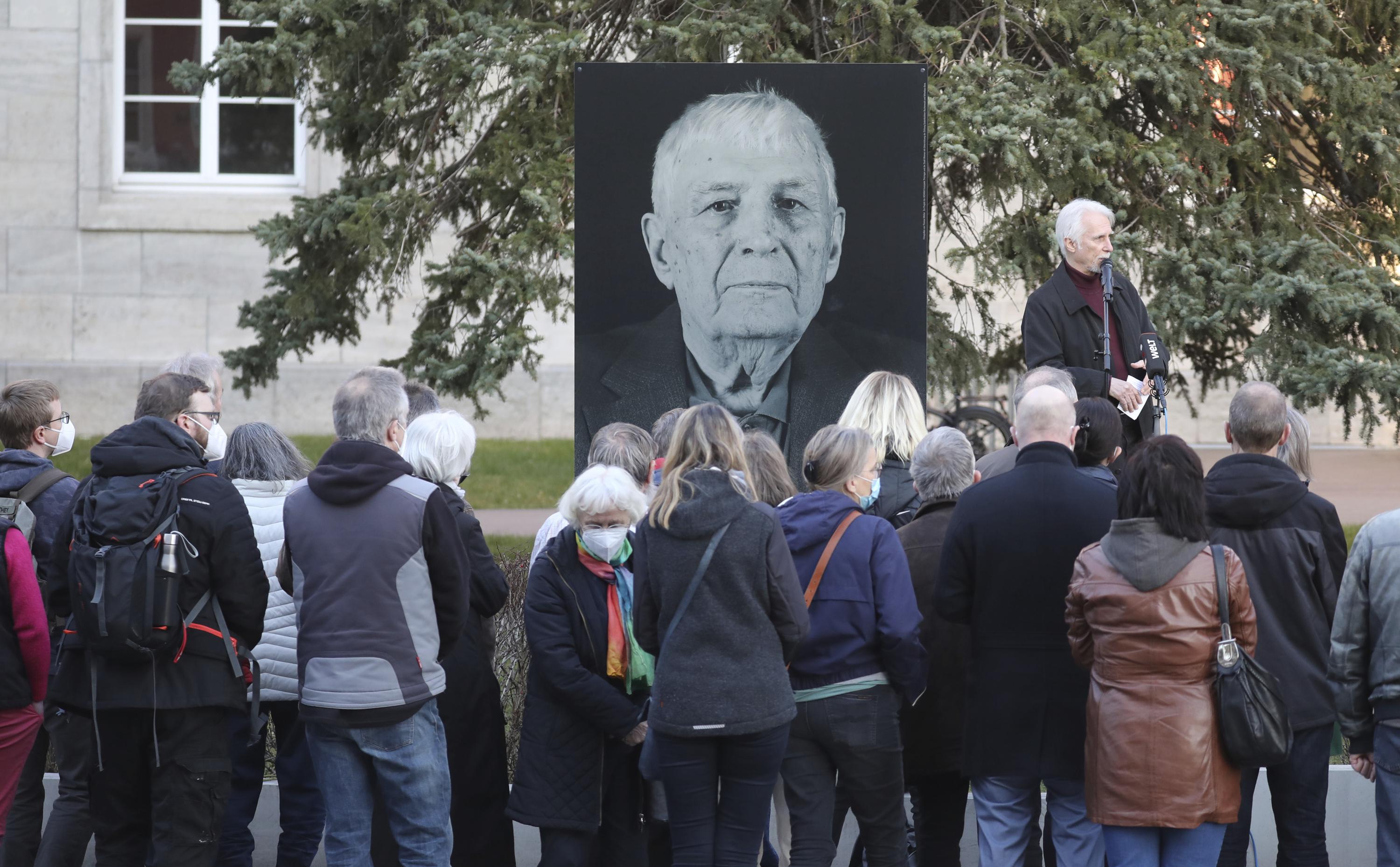 BERLIN (AP) — Germany’s parliament on Tuesday paid tribute to Boris Romanchenko, who survived several Nazi concentration camps during World War II but was killed last week during an attack in the Ukrainian city of Kharkiv. He was 96.

The Buchenwald concentration camp memorial said on Monday that Romanchenko, who survived Buchenwald as well as camps at Peenemuende, Dora and Bergen-Belsen, were killed on Friday. It said that, according to his granddaughter, the multistory building where he lived was hit by a projectile.

Romanchenko was dedicated to keeping alive the memory of Nazi crimes and was vice president of the International Buchenwald-Dora Committee, the memorial said.

“Just imagine how much he went through!” Zelenskyy said in a video address late Monday. “He survived Buchenwald, Dora, Peenemuende and Bergen-Belson, the conveyors of death created by the Nazis. And he was killed by a Russian shell that hit an ordinary Kharkiv high-rise. With every day of this war, it becomes more and more obvious what they (Russians) mean by ‘de-Nazification.’”

She said Romanchenko was taken to Dortmund, Germany as a forced laborer in 1942 and was sent to the concentration camps after an escape attempt in 1943. Nazi Germany invaded the Soviet Union in 1941.

“His death reminds us that Germany has a special historical responsibility toward Ukraine,” Goering-Eckardt said. “Boris Romanchenko is one of thousands of dead in Ukraine. Every single life that has been taken reminds us to do everything we can to stop this cruel war that violates international law and to help people in and from Ukraine.”

Lawmakers held a moment of silence in memory of Romanchenko and other victims of the war.

Romanchenko “survived four concentration camps and was now killed in the Russian war of aggression on Ukraine,” Finance Minister Christian Lindner said. “His fate dele shows both the criminal character of Russian policy and why Germany is showing solidarity with Ukraine, why we must show solidarity.”