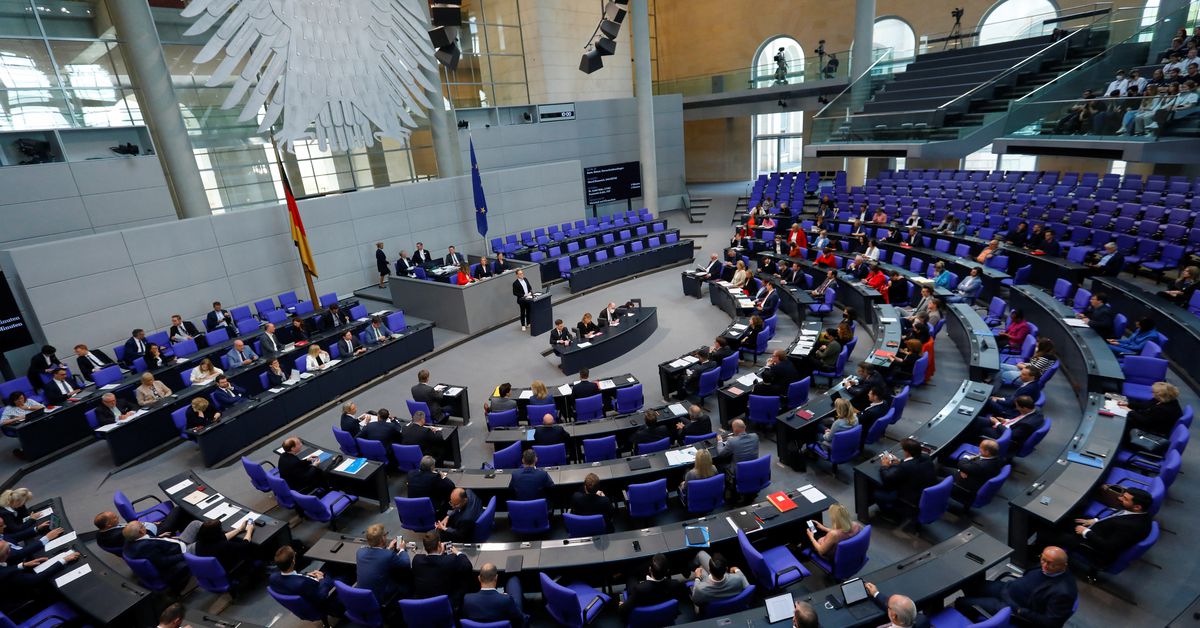 General view of a session of Germany’s lower house of parliament, or Bundestag, in Berlin, Germany, June 2, 2022. REUTERS/Michele Tantussi

The Bundestag lower house of parliament voted to scrap the law, meaning doctors are now allowed to give out additional information about abortions without fear of prosecution.

Under the law, doctors in Germany had been allowed to say that they offered termination of pregnancies but they were not allowed to give any further details on the procedures involved.

Technically, abortion is illegal altogether in Germany. However, it is allowed under certain circumstances, and the procedure must be performed within 12 weeks of conception.

“For almost a century, doctors have been forbidden and punishable by penalty from providing factual information about methods and possible risks to women who are considering terminating a pregnancy,” Justice Minister Marco Buschmann said in a statement.

Any criminal court sentences handed down based on the law since October 1990 will also be repealed, and any ongoing proceedings will be discontinued.

The new government had laid out its plans to eliminate the law in the coalition agreement signed in November. read more