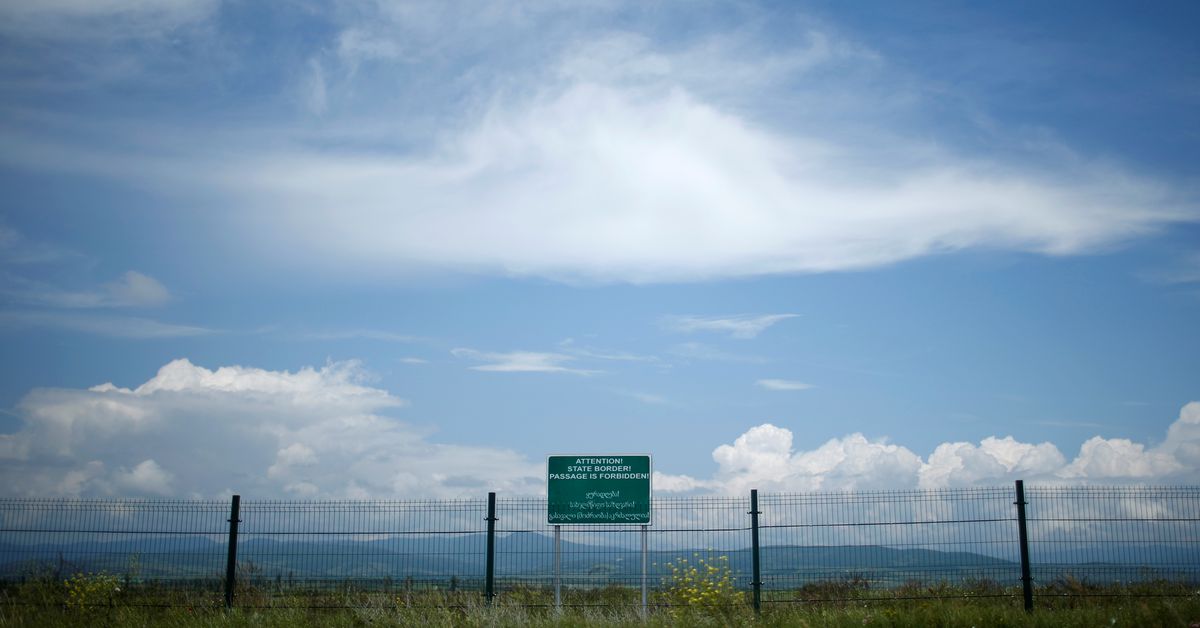 A border fence and a banner are seen on the de facto border of Georgia’s breakaway region of South Ossetia near Dvani, Georgia, June 4, 2018. Picture taken June 4, 2018. REUTERS/David Mdzinarishvili

March 31 (Reuters) – Georgia said on Thursday that plans by the Russian-backed breakaway region of South Ossetia to hold a referendum on joining Russia were unacceptable, while the Kremlin stressed no action had been taken to make that happen.

Moscow recognized the breakaway regions of South Ossetia and Abkhazia as independent after fighting a war with Georgia in 2008. It stationed thousands of troops in both regions and has provided them with extensive financial support.

Georgian Foreign Minister David Zalkaliani was quoted by TASS news agency as saying: “Of course talk of holding any kind of referendum (in South Ossetia) is unacceptable… when this territory in Georgia is occupied.”

Kremlin spokesman Dmitry Peskov told reporters he could not voice an opinion on South Ossetia’s plans.

“No legal or any other action has been taken in this respect,” he said. “But at the same time we treat the expression of the opinion of the people of South Ossetia with respect.”

Washington, which has rejected what it calls the Russian occupation of parts of Georgia since 2008, would not recognize the results of any attempt “by Russia or its proxies” to divide Georgia, said State Department spokesperson Ned Price.

“Neither de facto authorities nor the Russian government have the right to make decisions about the future of South Ossetia, which is part of Georgia,” Price told reporters at a press briefing, drawing a parallel with Russia’s 2014 annexation of Crimea from Ukraine and recognition of breakaway regions in eastern Ukraine ahead of its Feb. 24 invasion.

The other breakaway region of Georgia, Abkhazia on the Black Sea coast, said it supported South Ossetia’s aspirations but did not share its goal to join Russia.

Moscow has used diplomatic recognition as an instrument to maintain an armed presence in breakaway regions of the former Soviet Union that it sees as part of its sphere of influence.

In Ukraine, Russia’s long-standing support for armed separatists in the eastern regions of Donetsk and Luhansk gave it a platform to invade. Moscow calls its military action in Ukraine a “special operation” and the West decries it as an unprovoked war.

Reporting by Reuters; Editing by Mark Trevelyan and Grant McCool