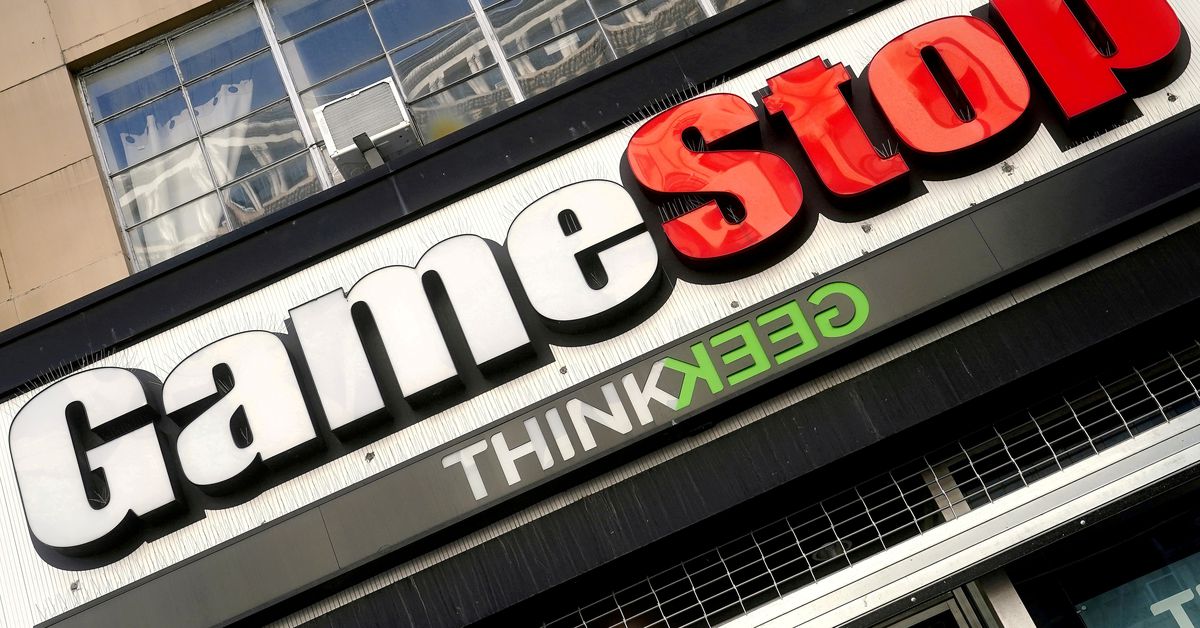 A GameStop store is pictured in the Manhattan borough of New York City, New York, US, January 29, 2021. REUTERS/Carlo Allegri/File Photo

March 31 (Reuters) – Video game retailer GameStop Corp (GME.N) said on Thursday it would seek shareholder approval for a stock split, aiming to become the latest US company to make it easier for retail investors to own its shares.

The move comes after retail investor interest in so-called ‘meme stocks’ flared up in the last two weeks, leading to a doubling in GameStop’s share price to $166.58. A stock split makes shares more affordable for individual investors by lowering the price, without affecting the company’s valuation.

Some investors are betting that the stock split will boost the value of GameStop by attracting more meme-stock enthusiasts. The firm’s shares jumped 19% in after-hours trading on Thursday after the company announced the move.

In the past two years, Apple (AAPL.O), Nvidia (NVDA.O) and Tesla (TSLA.O) have split their shares, while Amazon (AMZN.O) and Google-parent Alphabet (GOOGL.O) have recently announced upcoming share splits.

On Monday, Tesla Inc’s (TSLA.O) market capitalization jumped by more than $80 billion after the electric car maker said it would seek investor approval to once again increase the number of its shares to enable a future stock split, without saying when that split might occur. read more

This month’s stock market recovery, driven by hopes of a resolution in Russia’s conflict with Ukraine, has boosted the investors’ risk appetite, making conditions for meme-stock rallies more favorable.

Meme stocks are heavily shorted shares that are snapped up by retail investors on social media platforms such as Reddit with the aim of squeezing out hedge funds betting against them. The trend took Wall Street by storm in January 2021 and slowly fizzled over the course of the year.

GameStop plans to increase its number of outstanding Class A common shares to 1 billion from 300 million, it said in a filing. The company will also ask shareholders to vote on an incentive plan “to support future compensatory equity issuances”, it added. (https://bit.ly/36Ztlqy)

The date and location of the company’s annual shareholders meeting has not yet been announced.

Billionaire Ryan Cohen, who is the chairman of GameStop’s board, disclosed earlier this month that his investment company 100,000 shares of the game retailer. The purchase took Cohen’s total ownership of GameStop to 11.9%. read more

Cohen’s effort to turn GameStop around after he joined the company last year by investing in its stores and e-commerce business and bringing in new talent yet to produce major results.

The company earlier this month reported a net loss of $147.5 million for the three months ending January, the first holiday-season loss in its history. The retailer has been trying to win back gamers who now turn to online streaming or other outlets.

Reporting by Yuvraj Malik and Shariq Khan in Bengaluru, Svea Herbst-Bayliss in Boston and Noel Randewich in San Francisco; Editing by Greg Roumeliotis and Kenneth Maxwell