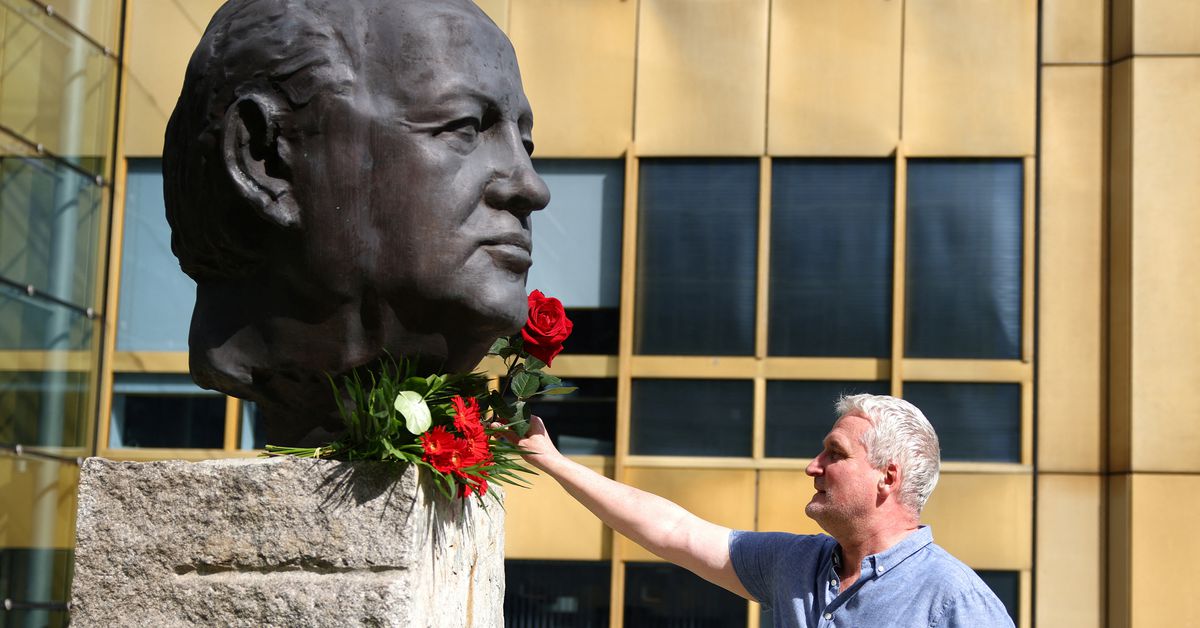 Aug 31 (Reuters) – The funeral of the Soviet Union’s last leader Mikhail Gorbachev, who died on Tuesday in Moscow aged 91, will take place on Saturday, Russian news agencies reported, citing Gorbachev’s daughter and a spokesperson for his foundation.

It will be held in the famous Hall of Columns inside Moscow’s House of Unions, agencies reported, the same place where Josef Stalin’s body was put on display following his death in 1953.

The service will be open to the public and Gorbachev will then be buried at Moscow’s Novodevichy Cemetery, TASS news agency cited Vladimir Polyakov, press secretary for the Gorbachev Foundation, as saying.

Kremlin spokesperson Dmitry Peskov said the Kremlin would soon decide whether Gorbachev would be given a state funeral.

RIA news agency later cited Pavel Palazchenko, head of media relations at the Gorbachev Foundation, as saying the ceremony in the Hall of Columns would be organized by the Putin administration’s protocol service.

“There is no information as to whether this is considered a state funeral or not,” he told RIA.

Many high-ranking politicians, intellectuals, poets and royals have been buried at the Novodevichy cemetery since it was established in the 16th century – among them Boris Yeltsin, Russia’s first president and Gorbachev’s political rival.

It is also the resting place of Gorbachev’s wife, Raisa, who died in 1999. Nikita Khrushchev is the only other Soviet leader buried there, with most others laid to rest by the Kremlin’s walls on Red Square.

When Yeltsin died in 2007, he was buried with full state honors. President Vladimir Putin, his successor, has declared a national day of mourning.

TASS reported Peskov as saying the Kremlin would announce later whether Putin would attend the funeral.

Putin earlier on Wednesday sent Gorbachev’s relatives his condolences via telegram. The Kremlin hailed the late politician as an extraordinary global statesman who helped end the Cold War, but had been badly wrong about the prospect of rapprochement with the “bloodthirsty” West. read more