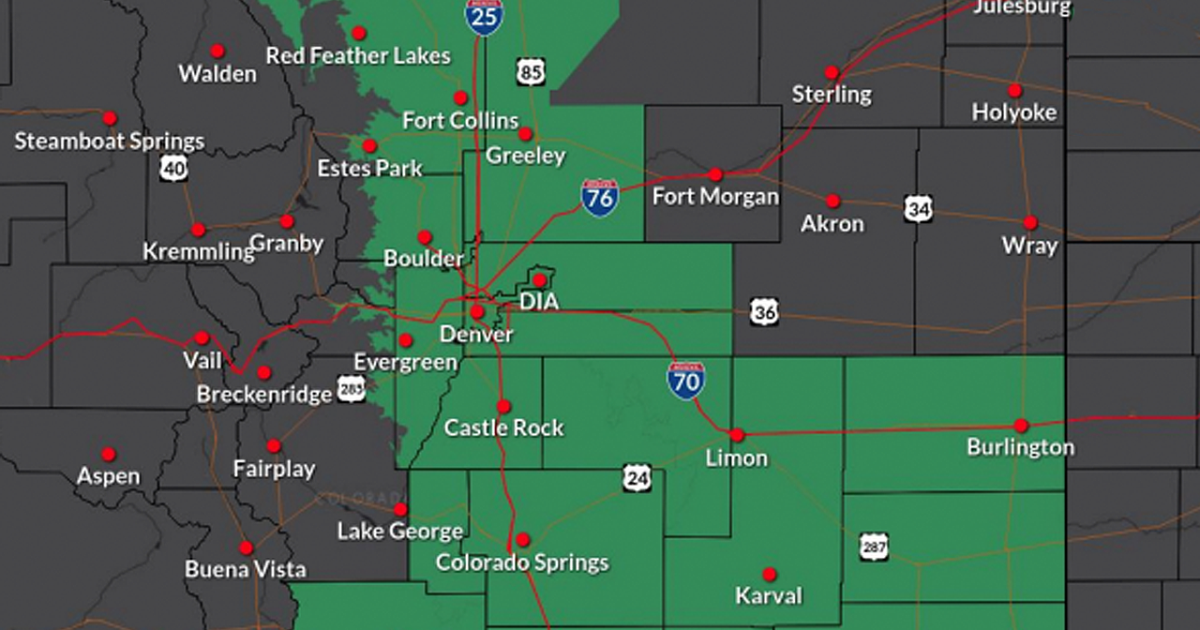 DENVER — A flood advisory has been issued for Denver and Adams counties until 8:15 pm Sunday. Multiple warnings have been issued Sunday evening as a flood watch remains in effect for Denver and the Front Range as storms move through.

A heavy rain threat may produce rainfall of 1 to 2 inches in as little as 45 minutes, with locally higher storm totals possible, according to the National Weather Service.

Multiple rounds of thunderstorms from midafternoon through Sunday evening are expected. The heavy rain is expected to end late Sunday, with the flood watch set to expire at midnight.

The Cameron Peak and Calwood burn scar areas are included in the flood watch which goes into effect Sunday afternoon.

“The focus for storms today is expected in and near the foothills. The weak front that pushes south this morning, stalls as it pushes up the east slopes of the Front Range foothills and mountains,” the NWS forecast discussion said.

Next week will be drier and warmer, with highs in the mid-80s on Monday and only a slight chance for a scattered late-day storm.