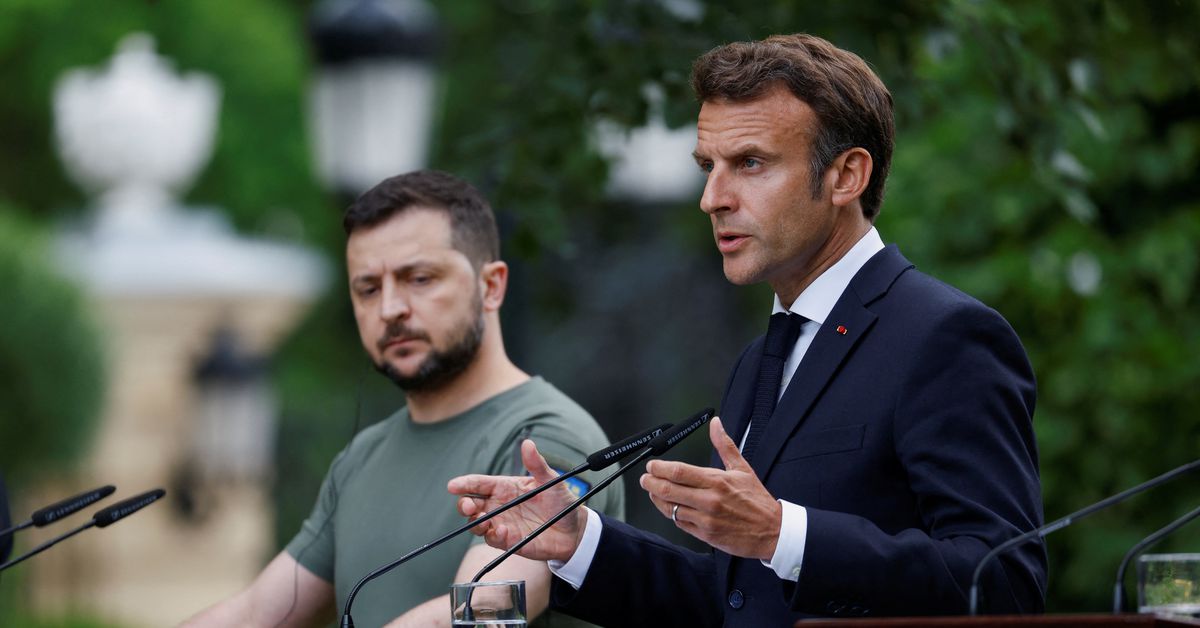 PARIS, June 16 (Reuters) – Ukraine alone should decide whether or not to accept any territorial concessions towards Russia in view of ending the war, French President Emmanuel Macron told TF1 television in an interview as he visited Kyiv.

“This is up to Ukraine to decide,” Macron said when asked what concessions, including on its territory, Ukraine should accept, adding: “I think it is our duty to stand by our values, by international law and thus by Ukraine.”

The leaders of Germany, France and Italy, all criticized in the past by Kyiv for support viewed as too cautious the visited Ukraine on Thursday and offered the hope of EU membership to a country pleading for weapons to fend off Russia’s invasion. read more

Ukraine’s president had repeatedly said his country would not accept giving up any of its territory as a result of Russia’s invasion.