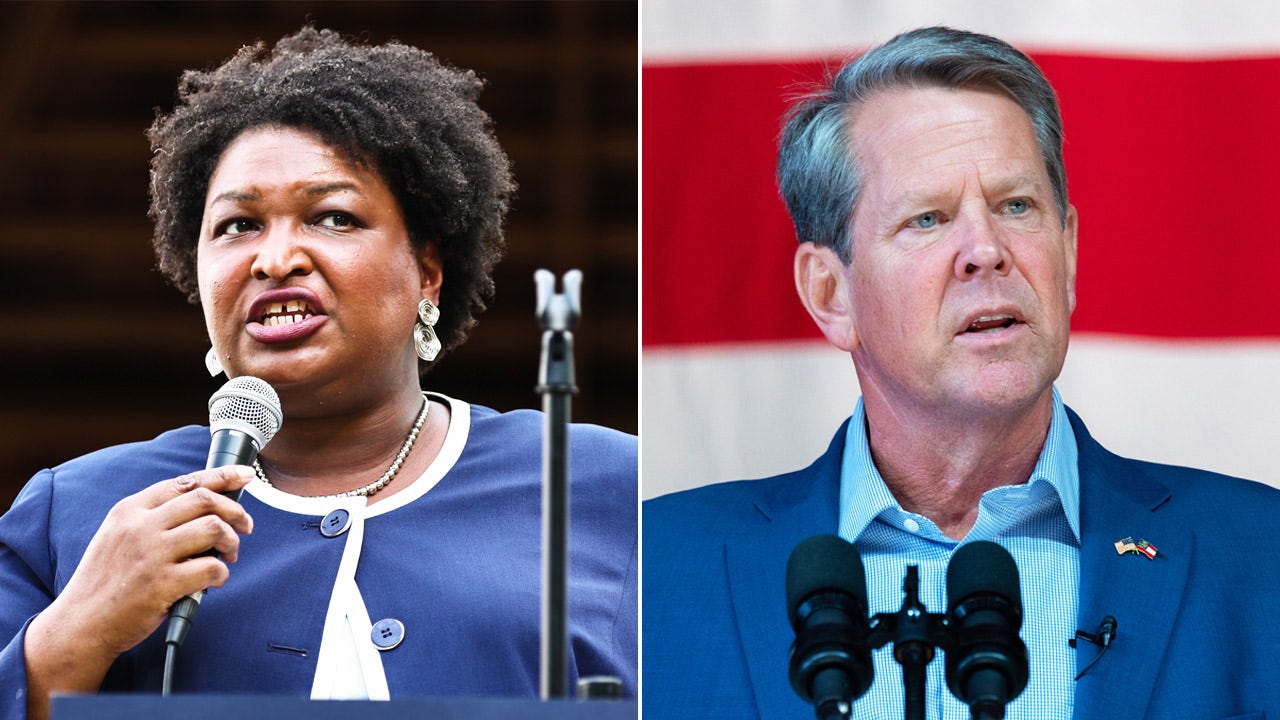 After a heated primary season, the stage for the general election is set in races for US Senate and governor in Georgia, and it looks like another nail-biter, according to a new Fox News survey of registered voters.

The US Senate race in Georgia is key for determining control of the upper house next year. The poll, released Thursday, finds Democratic Sen. Raphael Warnock up 4 percentage points over Republican Herschel Walker (46% vs. 42%). These results are within the margin of error.

GEORGIA SENATE SHOWDOWN : HERSCHEL WALKER SAYS HE ‘CAN TAKE THE HITS’ FROM RAPHAEL WARNOCK AND DEMOCRATS

More Democrats (91%) support their candidate than Republicans support theirs (84%). Moreover, Warnock’s supporters are more enthusiastic about their choice (69%) than are Walker’s (51%). Thirty-one percent of Walker backers support him but with reservations vs. 18% for Warnock.

Additionally, more voters have a favorable view of Warnock (48% favorable vs. 47% unfavorable) than they do of Walker (43-48%).

“It sounds clichéd, but Walker’s task is clear: he has to convince independents and wayward Republicans that he is up to the task,” says Republican pollster Daron Shaw, who conducts the Fox News Poll with Democrat Chris Anderson. “He’s had a tough run of late, but he is well within striking distance in a year when there are substantial headwinds for Democratic incumbents.”

On the plus side for the President Trump-backed Walker, his supporters (81%) are more likely than Warnock supporters (74%) to be extremely motivated to vote this November, and with 1 in 10 Georgia voters still undecided (9%) that could be important.

Overall, 73% are extremely motivated to cast a ballot this year and they split their vote: 46% for each party’s candidate.

Inflation is the most important issue to Georgia’s Senate vote (28%) and those voters support Walker by 35 points (62-27%).

But that’s the only top issue he wins.

The other issues more than 10% of Georgians say are “most important” to their vote are abortion and election integrity/voting rights, both tied at 12%, and guns with 10% — and Warnock is ahead among each of these groups by at least 20 points.

Almost half of Georgia voters feel they are worse off financially compared to two years ago, only 16% feel they are better off. About a third (35%) say their financial situation is about the same.

Incumbent Republican Gov. Brian Kemp narrowly beat Democratic challenger Stacey Abrams in the 2018 race for governor and the rematch is headed for another close finish.

Kemp holds a 3-point advantage over Abrams (47-44%) with 7% undecided. The results are within the margin of error.

WARNOCK AIMS TO MAKE WALKER HIS OWN WORST ENEMY

Unlike the Senate race, though, Democrats and Republicans support their candidate equally.

Abrams, however, is underperforming with Black voters. The Fox News Voter Analysis (FNVA) election survey found a whopping 94% supported Abrams in 2018; compare that to the 78% share it receives in the new Fox survey.

Kemp also has weak spots. His 47% support him lags his 52% job approval.

At least part of that gap comes from fewer women supporting his re-election (37%) than approving the job he’s doing as governors (43%).

After her defeat in 2018, Fair Fight Action, the voting rights group founded by Abrams, sued the state, claiming voter suppression. The poll asks how important Abrams’ activism around the voting rights issue is to their vote: 63% say it is at least somewhat important, including 41% who say extremely.

Similarly, the poll asks about Kemp’s activism surrounding abortion (he signed a law in May 2019 banning abortions once cardiac activity has been detected, it took effect after Roe v. Wade was struck down) — 74% say it’s at least somewhat important, with 36% saying extremely.

“In today’s political environment, favorability ratings above 50% are tough to come by in competitive states like Georgia, but Kemp is hovering there and Warnock is close. Voters know the partisan dividing lines that drive national politics and those don’t seem to be changing. So these key races could be decided simply on which candidates like more,” says Anderson.

Biden won Georgia by less than one percentage point in 2020. At that time, the FNVA found he had a net positive favorable rating of 2 percentage points (50% favorable vs. 48% unfavorable). The president has not fared well in the two years since — he is currently underwater by 15 points (41-56%) with 48% having a strongly unfavorable view of him.

Will the current or former president be a factor in either of these races? Maybe.

Under the joint direction of Beacon Research (D) and Shaw & Company (R), Conduct this Fox News Poll includes telephone interviews (landline and cellphone) with live interviewers among 901 Georgia voters, randomly selected from a statewide vote file. The poll has a margin of sampling error of plus or minus three percentage points for all registered voters.